Learning To Look Through The Autism Lens

I wouldn't change his essential nature, even if i could 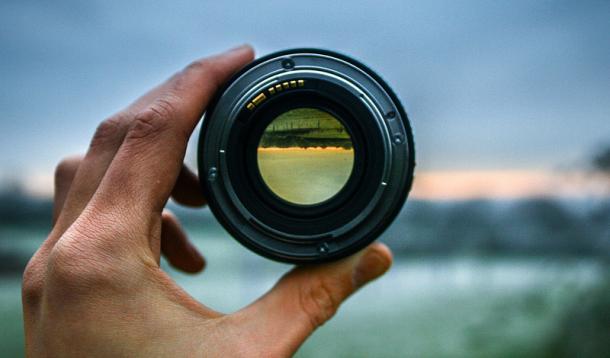 They say the key to a happy relationship is to accept, and never try to change, your partner. It's easier said than done (especially for those with a 'fixer-upper' mentality). I'd go one further and say the same applies to children with special needs.

Despite the staggering figures and awareness campaigns, autism in particular still carries an enormous stigma. But the tide is turning. A new movement espoused by advocates and books like The Little Book of the Autism Spectrum is working to shift the focus from changing or 'curing' the child with an ASD, to accepting them as a person in their own right with a different perception of the world.

The idea being that diversity, even of the neurological variety, is a thing to embrace. That's not to say that you just leave your child happily ensconced in a world of their own. I want the best version of my son achievable. But I don't want to change his essential nature, assuming I even could. In order to better understand him, Little Book author Dr Samanta Todd recommends trying to look through the autism 'lens' to see various situations from his point of view.

Again, easier said than done. Since kids on the spectrum often struggle to communicate, how are we as parents supposed to understand what they are experiencing? Advocates like Carly Fleischmann and Temple Grandin are giving us ever more insight into what it's like to have autism. And every now and then science illuminates with some new revelation about neurological differences.

For instance, if I know that my son is oversensitive to sound, I can anticipate and warn him to step back at a party or cover his ears before people start singing 'Happy Birthday'. If my son is super anxious in public settings, I can allow him to carry an object—his version of a stress ball—related to his special interest (a foam shape or letter or number) while we are out running errands.

When trying to figure out the cause of behaviour, Todd advises to consider what purpose the behaviour is serving:

As a parent, I have found it enormously helpful to try to see the world through my son's lens. While in the playground recently he became distressed when a girl picked up a truck he'd been playing with. Even though he had set it down and walked away, he clearly wasn't done playing with it. When she handed the truck back to him, he hit her with it.

Distraught as I was, I had to step back and think about what had prompted his actions. He may not have processed that she was attempting to share the truck with him, and so reacted impulsively. I immediately removed him from the playground and once he had calmed down explained as clearly as I could that when we are upset, we walk away. We don't ever hit people. Emotional regulation is coming to him, albeit at snail's pace.

That's not to say that understanding a behaviour is the same as condoning it. But looking through his lens helped me empathize, which can be hard when aggression is involved.

What have you learned from looking through your child's lens?

Julie Green: The Other Side of the Coin Canada's War Child Delivers a Powerful Message