Some Random Tips to Save Time And Money 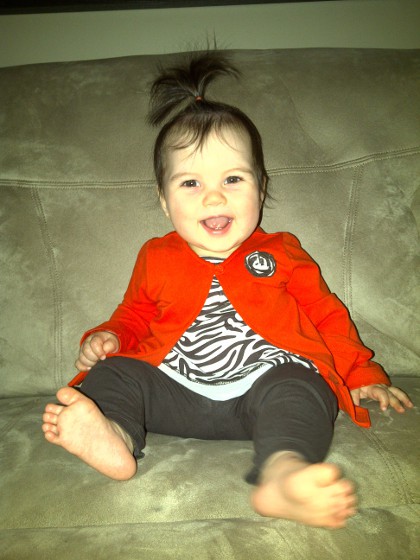 Got a girl child? Don’t cut her bangs.

Once you start cutting bangs, you’re a slave to trimming them. I grow out bangs right from the get-go. Sure, my daughters wear high pony tails on the tops of their heads, making them look remarkably like pineapples, but it’s better to deal with the outgrow blues early in life. Not only did I avoid the dreaded bangs trim every few weeks, I continue to save a bucket load of money on haircuts. My three little ladies have their hair trimmed annually!

My first kid was a boy. It positioned us well in the hand-me-down department. I’ve noticed that families who have a daughter first indulge them in the girly stuff, without thinking about future hand-me-downs. The problem is, if you get your princess a pink bike with white wheels, little brother may be reluctant to take it on when sister outgrows it. That puts you back at the cycle shop buying another bike the EXACT same size. Painful, I know. The same goes for rollerblades, ice skates, baseball gloves, and other sports equipment. Don’t get all caught up with the girl stuff—your son might not be too happy heading off to little league with his sister’s old pink baseball glove. I’m willing to sacrifice glitter and fancy handlebar ribbons for a good hand-me-down situation.

Have your babies close in age.

I know there’s nothing civilized about having babies very close in age, but it pays off in the long run. Now that I’ve got some bigger kids, I’m reaping the benefits. Aside from the companionship/friendship piece, there are advantages when they start doing sports and other activities. This year, I had three kids on the SAME hockey team. You got it—three hockey bags, but it means only one rink at one time. I also have two on the same baseball team, three going to soccer at the same time/same field, and several in the same dance classes. Piling more kids into the same activity saves you time and, occasionally, you get cut some slack with the registration fees. I know the thought of having three kids in diapers at once is less than appealing, but it’ll be worth it in a few years.

Don’t cheap out on big-ticket items.

If you buy your first kid a cheap bike, it’s not going to get through the rest of your clan. You’re better off buying top quality baby products and sports equipment from the get-go. The alternative is buying several junky bikes or strollers that you run into the ground. If you cheap out, you end up replacing things and, at the end of the day, you’ve spent the same amount of money, but on crap.

If you were planning on having a big family before reading this and are now put off, just hit delete and we’ll pretend this post never happened. After twelve years and six kids, my single stroller at the curb, ready to go where over-used strollers go to die.

Julie Cole: The Baby Machine Calling Out Mrs. Judgy McJudgerson at the Mall