Useful Items that are NOT on the Packing List 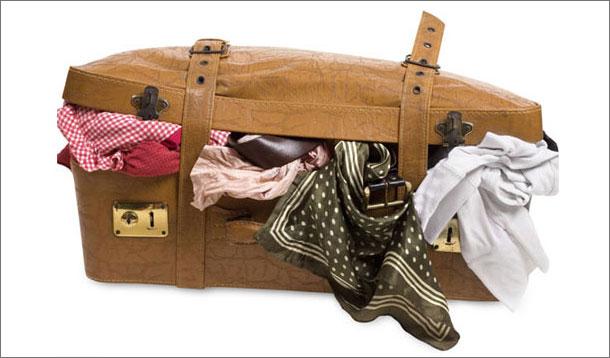 With camp season quickly approaching, parents are gearing up! Big purchases will be made and backpacks will be jam-packed with all the clothing and supplies happy campers need.  Certainly there are plenty of camp lists that can advise you on how many pairs of underwear and socks to pack, but there are a few other items worth sending along that many parents might never think of.

Glow Bracelets. Do you have a camper who is afraid of the dark? Once it’s "lights out" and flashlights are tucked away, some kids may be left a bit fearful of what is lingering out there in the dark. I gave my little scaredy cat a pack of glow bracelets. Each is bright enough to give her comfort, without being so bright that it bothers bunkmates. The glow bracelet is her own version of ‘This Little Candle Light of Mine,’ minus the fire hazard of open flames. 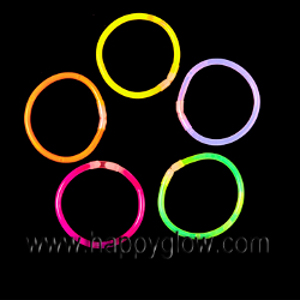 A Spare Sleeping Bag. Do you have a bed wetter? Camps can set up the perfect arrangement to ensure privacy and confidentiality around this issue. Quite simply, send your child up with two identical sleeping bags. The spare can be kept in the camp office. Each morning when campers go for their morning dip or head off for breakfast, a staff member can inspect the bed wetter’s sleeping bag. If there has been an accident, they can perform the sleeping bag switcheroo—replacing the wet bag with the clean one. This routine means the child is never required to report a bed wetting; it just gets magically taken care off. Simple and respectful.

A Headlamp. If you have a kid who likes to read in bed, a headlamp beats any old flashlight by providing hands-free light for your little page turner. It’s easier to focus on the words on the page if they’re not trying to hold a flashlight at the same time. 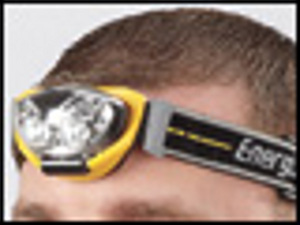 Odds and Sods. Veteran Camp Director Jocelyn Palm mentions all the bits and pieces that kids miss at camp: hair elastics, nail clippers, safety pins, sticky tape, craft supplies and a deck of cards. She notes that campers never regret bringing a costume or crazy hat along—finding ways to integrate those things into every campfire sketch!

Mabel’s Labels. We know campers need their gear labeled before heading off to camp, but throw a few labels in for them to use while at camp too. If your kid buys a new water bottle or camp sweatshirt at the tuck shop, it's handy to have a few labels on hand.

No matter what you decide to pack, Camp Owner/Director Anne Morawetz of Camp Ponacka gives her number one packing tip—have your camper pack up his or her OWN trunk or backpack. That way the camper knows what he or she havs and where it is. After all, mommy’s not going to be there to remind her that their toiletries are in the side pocket of the backpack.

Why they are my new favourite age and stage 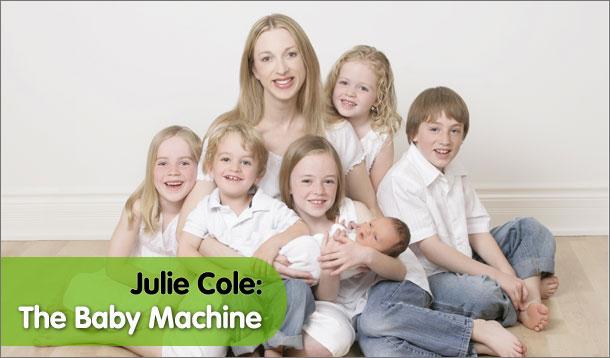 Most parents say that there was a particular age and stage in their child’s life that they enjoyed most. I’ve always identified as a “baby” person. If there is a newborn in the room, before a minute passes, that babe will be in my arms. I’m quite sure that every time I smell a newborn, I immediately ovulate.

Right now I have kids between the ages of 2 and 12 years old and I have been surprised by how much I’m loving the tween girl stage. I get a complete kick out of them. Here’s why:

They can do anything. They will try anything. It has not occurred to them that they “can’t.”

They rollerblade like mini roller derby chicks (without the tattoos), tackle the biggest ski hills and, this New Year’s Day, jumped into the lake for the Polar Bear Dip as I stood on the beach bundled up in my winter woolies, shaking my head in disbelief.

And being fearless means they have no limits. One minute they can be preparing for a ballet performance:

Then the next minute they’re heading off to hockey or baseball to show those boys on their team exactly what “playing like a girl” looks like. There is no boxing them in. They will not be stereotyped.

And because they are fearless, they can do everything they try.

They are not too cool

One minute they are deep into “The Hunger Games” book or talking about the latest app for their iPods, and a moment later they’re dancing to a Wiggles song with their baby brother—and loving every minute of it. I can chat with them about serious issues, yet we can still play chase games and “Blind Man’s Bluff.” They’re not too cool for a game of “Spiders and Flies” and giggle as I chase them around the house. I really love that they are not hung up on material things and still don’t care about stuff like what brand of clothes they or their peers wear. I don’t think they even notice and they certainly don’t ask for me to buy them specific brands. They don’t judge books by covers.

My girls have not been knocked down…yet. I feel like they are at that age just before someone says something mean to them. Everyone remembers that comment made to them in Grade 7 when they were told their ears were too big, their nose was funny, their legs were fat, etc. Adults carry that careless comment around with them—every once in a while wondering if their hair is covering their big ears. I don’t think my girls have had that comment yet. They’ve never had a friend hurt or betray them. They’ve never had a broken heart. No one has told them there is anything wrong with them. My sister said that maybe they have and are resilient—I hope she’s right, but it feels like something we’re just on the verge of.

For so many reasons, I’m just relishing the fun that is tween girls. Maybe it’s the calm before the storm, or maybe with these two sassy things, it’s just the warm up.

When Someone Else's Mother Dies

How it launched my childhood separation anxiety

When Someone Else's Mother Dies 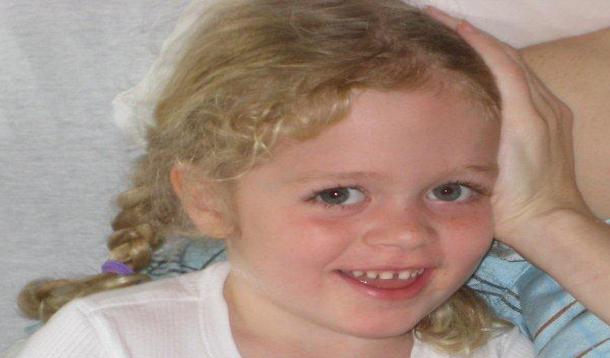 When I was a child, we had a neighbour who suffered from Lou Gehrig’s disease. She was a mother of four and died at the age of 42, only slightly older than I am now.

While she was sick, I saw her kids (my little friends) take part in caregiving. One minute we were skipping outside, the next they had to go give their mother her meds. On hot summer nights, when all the houses on the court would have their windows wide open in hopes of catching a cross breeze, I could sometimes hear my sick neighbour crying. I never knew if she was crying in pain, crying because she knew she was dying, or because she would miss her kids when she was gone. I didn’t know her reasons for crying. There were so many.

My neighbour’s illness was difficult on me because it launched a period of separation anxiety from my mother that was probably the most stressful time of my life. My mom has good instincts and common sense so was able to be sympathetic, while also going through the long process of teaching me that I was, in fact, OK when she was not around.

When I entered into this parenting gig, I really didn’t want my kids to ever experience serious separation anxiety. Some friends suggested daycare as a great way to make kids resilient and independent. I gave it a short part-time go once - and we weren’t a great fit, me and daycare. When friends tell me about going on holidays and dropping babies or kids off at resort daycares – well, that’s enough to send me into a tailspin. I’m jealous of my friends who can do the resort daycare drop off then hit the beach or ski slopes. Mark my words – I know daycare is great for kids (even the holiday resort ones), but we all have our issues. Let me have mine.

So, within some of my comfort zone boundaries, I have done my best to prevent a repeat in separation anxiety history. I felt success when my three biggies were desperate to go to sleep-away camp last summer. They left for camp and never looked back. But, what goes around comes around and my Little Lady #3 is going through a longish phase of not wanting to stray too far from my side. When heading off for a conference recently, I had to fully strategize when and how I was going to tell her about my absence. My mother smiles and makes comments about apples not falling far from trees.

Were you a mama’s girl/boy? How has that affected your parenting? Are your kiddos leg clingers or do they tell you not to hit yourself with the door on the way out?