How This Family Grew Strong Roots in a Northern Town

Silliness, storytelling and an unbreakable bond - even 1000s of km away 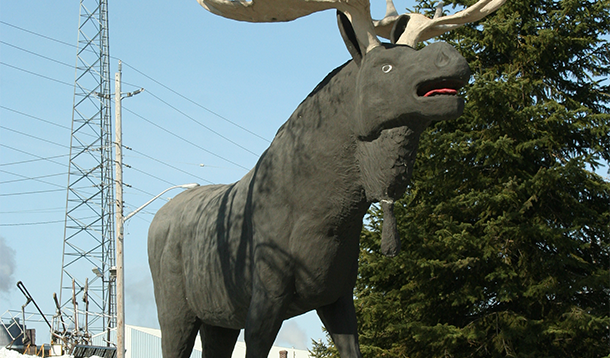 One of the most remarkable things about getting older (and ostensibly though debatably wiser) is that you start to realize your childhood wasn't entirely typical - in that there's no such thing as a typical childhood. Everyone had different experiences and different influences.

Would You Be Okay Living In A Family That's Not Normal Like Mine?

For me, my most recent revelation was just how lucky I was/am to be part of the Marion Clan.

The Marions - or at least my offshoot of them - are largely rooted in Dryden, a smallish mill town in Northwestern Ontario. My mom is the oldest of eight kids who grew up there; my dad moved there after university and my brother and sister were both born there. And even though my family moved before I was born, we spent a good part of my childhood within driving distance and to this day I feel more at home there than I do almost anywhere else.

I've long joked that I owe a lot of my quirkiness and oddball disposition to being a Marion. My Grampa Marion gave me a first name and the mantra that "you're not lying if you don't expect anyone to believe you, you're just telling a story." My Auntie Yvonne helped me appreciate the joy of staging impromptu plays for the sole purpose of entertaining family and getting a good laugh. My Uncle Jeff taught me that an adult acting like a complete goofball is the best way to get a kid to smile.

And I don't know if it's something I've taken for granted up until now but in recent years/months/weeks I've  begun to realize just how much more I got out of being part of this crew. Because underneath the absurdity and silliness is a bond that is almost unfathomably strong.

Whether it's taking my daughter to a family reunion full of relatives she's barely (if ever) met and not blinking an eye as an aunt, uncle or cousin takes her up to the house for a snack so Amy and I can stay at the beach; or if it's hearing that my sister had to get a ride back to Winnipeg - four and a half hours away - with an aunt and uncle who simply dropped her off and turned around to drive the four and a half hours back home, all because her car broke down over the holidays - the only surprising thing is how entirely unsurprising it all is.

Because Marions take care of each other. From little things like handing off a Christmas gift for my sister to my younger cousin Kevin so he can take it from Ottawa to Dryden for me to huge things like my aunts and uncles drawing up a schedule so one of them can be by Grampa's side 24 hours a day as he waits in the hospital to see a specialist, we've got each other's back.

It's incredible and, as I've learned, it's rare.

And so it's something I'm more than willing to drive 3,800 kilometers AGAIN this summer just to make sure my daughter gets to experience.

Joe Boughner: The Naked Dad In Praise of Silly