Are We Seeing The World Change?

Watershed or not, the last few weeks have left and indelible mark 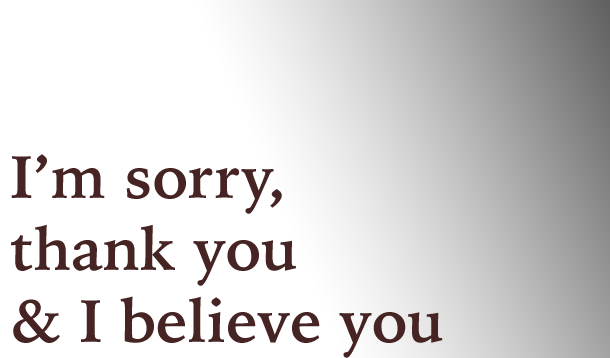 I want nothing more than to share a funny anecdote about my kid or write some funny and ironic top five list to make you all smile.

But something's happening in Canada right now. Erica touched on it when she talked about the sadness she's feeling. Andrea tried to help us reconcile our feelings about it all. It started with the victims of a national radio host but it hasn't stopped there. Thousands of women started to share their stories online. Even MPs-elected officials in our national Parliament-have spoken out. Women AND men are telling their stories of abuse and harassment.

It feels like a tidal wave. It threatens to overwhelm. I've always known there's a segment of the population that will harass, demean and abuse those around them, particularly when that segment of the population finds itself in a position of power but I had no idea just how large and pervasive that segment really was. The acts of abuse don't shock me, sadly. The breadth and depth of the problem does.

I want to be optimistic. As CP reporter Jennifer Ditchburn said on Twitter, "I hope what we're witnessing is some sort of tectonic shift for women in this country. There has to be a positive."

And so I choose to be optimistic. I choose to believe that the women and men who are stepping into the limelight with their stories really are pushing a far-too-complacent country over some sort of tipping point. I will revel in the discomfort of this past week because that discomfort among the silent majority has to shock us into something bigger than "well I don't abuse or harrass women." It's not enough to not be part of the problem anymore because the problem is bigger than we knew and it is not going away on its own.

My daughter is almost five. Over the past year she's started taking her first steps into the world beyond that which my wife and I control. She's out there now and I'm increasingly terrified about what that world might do to her.

And to those who have spoken out? Thank you. Thank you for being brave and thank you for subjecting yourself to scrutiny and abuse all over again. Thank you for doing your part to make this world a safer and more understanding place for my daughter.

And to everyone who has been abused: I believe you. I will believe you. I have to believe you. Because I've seen what going public does to you and I know that there's no way anyone would bring that on themselves unnecessarily.

Note: This is the spot in our YMC posts where we'd usually link to other articles we've written that are related. It doesn't feel right to do that here. So instead, I encourage you to check out the What Makes a Man Conference being run by White Ribbon Canada. They graciously invited me to be part of their event and while I can't make the trek to Toronto this time around I encourage you to check it out.

Joe Boughner: The Naked Dad Is Today The Day Your Life Will Change?