Is Today The Day Your Life Will Change?

It's a long shot but it only has to happen once 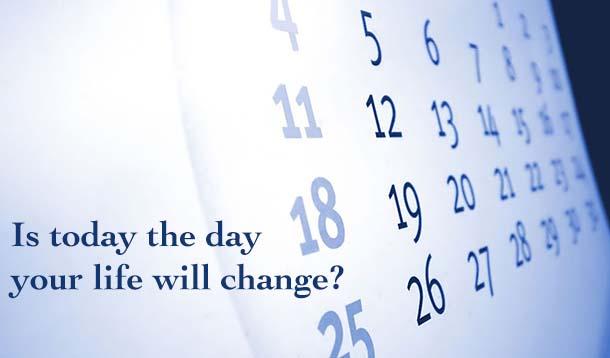 I am writing this as my kid settles (ha!) into bed after her first day of junior kindergarten. Day 1 of her formal, government-sanctioned education. She was nervous, she admitted in the days leading up to it, but mostly she was excited. She loved her nursery school and she's got a fondness for school busses. We met her teacher a few days ago and knew she was kind. We knew the kid was ready to take this step and take the step she did.

It was a good day.

It was, in her words, "the best day at school ever."

"I think every day is going to be the perfect day."

Her youthful enthusiasm made me smile but it also got me thinking about how quickly things fly by. Soon enough, school will be just another routine for her. The days will blend into each other. Then the years. So many moments and memories all blending into one.

But then something happened that put it all into stark relief for me. In addition to today being the kid's first day at school, it was also the first day I learned that my old campus newspaper's archives had been digitized and posted online by the school's library. The paper is marking its 70th anniversary this week and I've had many occasions to reminisce about my time there as of late. I made many lifelong friendships working at that paper. I learned a tonne about being a writer, a leader and a boss.

And as I flipped through the digital archives tonight I saw that on August 26, 2004, I posted this ad. 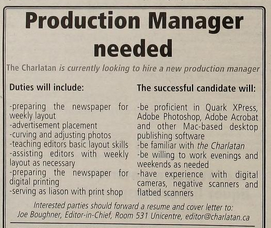 August 26, 2004, could've been just another one of those days. A part of the routine. Another day remarkable only for its contribution to a memorable year, not for anything particularly noteworthy in and of itself.

But instead a woman on campus spotted that ad and, as per its instructions, forwarded me her resume and cover letter. She came in for the interview, got the job and became a part of our team.

And then, as time went on, she became something else instead.

She became my wife.

And it will be perfect.

Joe Boughner: The Naked Dad Are We Seeing The World Change?