Now I have to educate my daughter, so other boys don't have to struggle as hard as I did 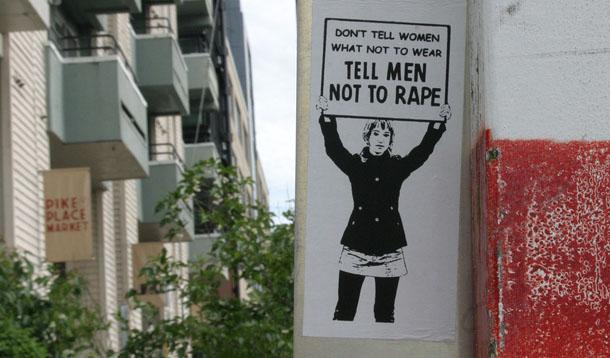 First of all, I'd like to start by saying... you're welcome, society.

It wasn't easy. I mean, as a man, I'm predisposed to treat women like objects and take whatever sexual gratification I need or want from them, regardless of their desire or mental state.

And it's not like opportunities didn't present themselves. I mean, I've been around women who clearly had never been taught that the wearing tight or short (or, heaven forbid, tight AND short) clothing would awaken a primal urge inside me and every other male in the area. Heck, I've even been in places where women consumed alcohol! To excess! In the company of men!

Somehow, though, I beat the odds. I managed to overcome my genetic predisposition to rape. It wasn't easy. But I did it. High fives!

But as the father of a young daughter, boy do I know how important it is that I teach her that it is 100% up to her to prevent rape. Boys will be boys, after all. And rest assured, parents of young boys, I'm on the case! I know your precious angels are simply inhibitionless sacs of testosterone and desire (after all, I was once in their shoes!) that need to be protected from every temptation.

We'll start young ("you can't wear leggings to school, sweetie, you'll distract the boys!") and build from there. And let me tell you, if some day, years from now, your boys find themselves at some college party, my daughter won't be the one lying blotto in the corner, tempting them with her drunken feminine ways.

After all, it's not like we could just show men how to treat women as equals, not view their bodies as objects and to genuinely be decent, right? It's not like we could surround them with strong female role models and create a culture of respect to the point where they become allies in the fight against rape culture instead of bystanders. Surely if it was that easy we wouldn't have the problems we have today, right?

Nope. Boys will be boys. So keep your skirts long and your drinks non alcoholic, sweetheart. It's the only way to stamp this stuff out.

Joe Boughner: The Naked Dad Why A Doctor of Optometry Made My Daughter Cry

Joe Boughner: The Naked Dad What Would You Say If You Could Say One Last Thing?