8 hours in a car for three straight days? Bring it on 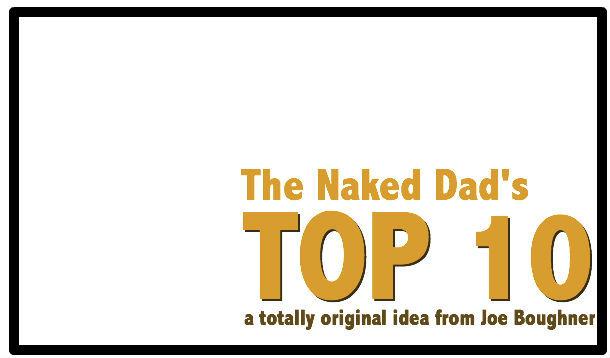 Some of you have probably heard that my wife and I just did a freakishly-long road trip with our preschooler. And guess what? We survived (largely thanks to my wife's planning and parenting skills, it should be noted). And with exactly one road trip under our belt (well, two, if you count each direction as one trip), I figured it's time to share our lessons learned with the masses in the internet's favourite format. No, not a caption on a cat picture. A top 10 list.

10. Get out of the car. This may seem like a no-brainer, really, but I can tell you the pressure of getting where you're going can be tough to ignore. But ignore it anyway. Best decision we made was to find a park around noon on one of our longer days, where the kid could play with Mom while I found and brought back a take-out lunch, which we ate outside. Sure we burned an hour but the kid got fresh air and exercise to break up a long day of sitting.

9. Abuse technology. I've always silently seethed at the idea of in-car DVD players and the like. I did some cross country road trips and I remember staring happily at the passing scenery for hours on end. My mother, on the other hand, remembers things differently. Frankly, even if your kid LOVES rock cuts and evergreen trees, they are bound to get tired of them after a few hundred kilometres. Load up your tablet with kid-friendly content and apps and let them rot their brain for a bit. For your own good.

8. Pack a bag of tricks. My wife's greatest victory on this trip. She loaded a small suitcase with small toys, books, colouring books, and activities and pulled them out one by one as the kid either got fussy or, once she caught on (which was early, damn smart kid), as she impatiently asked for a new treat. Great distraction.

7. Surrender control of the stereo. At least sometimes. Sure, my wife and I got to catch up on our podcasts and blast some specially-selected playlists to mark the occasion of our great Canadian roadtrip (hint: Tragically Hip). But we also listened to the damn Doc McStuffins album. Several times. Per day. Do I really need to hear the "Water Water" song again? Well, if it gets the kid singing instead of fussing, then, yes.

5. Bring along the comforts of home. By which I mean a potty. Our kid is actually doing really well with the potty. With the exception of "magic flush" toilets (the automatic flushers that tiny preschool bodies seem to set off at the worse times), our daughter handles public potties pretty well. In the city we live in, of course. Those road side rest stops with what are essentially souped up outhouses? Perhaps not as much. And, of course, there are plenty of long stretches of road between even those bare bones toilets. Being able to pull over anywhere, open up her potty and have her go on the side of the road? Life-saving.

4. Be prepared to improvise. We had grand plans for our trip. Maps. Carefully plotted stops. If you followed the liveblog, you'll know those went out the window 12 hours into an eight-day adventure. Our forced improvisation ended up being a real blessing. More time with my sister than we expected to have; a side trip to see Daddy's first house... all because things went off the rails.

3. Get in the backseat. Again, this was an improvisation. We'd packed the backseat full of stuff in anticipation of the two adults riding up front but when my kid asked me to sit in the back with her we decided that it would be easier to move the gear around in the car than upset her. Awesome decision. We had a blast together, laughing and playing with her toys (well, until she fell asleep anyway).

2. Did I mention snacks?

1. Empathize. Admittedly, I sucked at this. My wife had to remind me, several times, that my kid didn't sign up for this road trip, had no idea what to expect and no control over anything. Of course she melted down a few times. Hell, I melted down a few times. A little more empathy on my part would've done wonders on the admittedly rare times the kid lost it.

Joe Boughner: The Naked Dad Talking to Toddlers Vol 5: She Turns the Tables