About That God Thing

My old crew is looking for new leadership 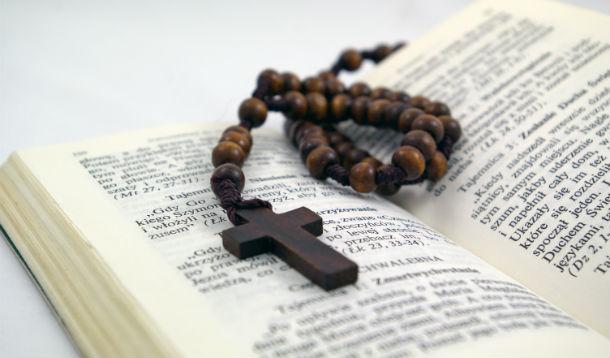 You're probably heard about the whole conclave thing that's about to get rolling over in the Vatican. First papal resignation in almost 600 years, second papal election in a decade... it's been in the news.

I grew up Catholic. And not a twice-a-year Catholic either. We were regular church-going folk and more. My mom’s family is Catholic going back a long way and she’s been involved with the church as long as I can remember. She worked as a receptionist in the rectory, read at mass, and even ran my youth group for a year or two. Dad converted to Catholicism when I was quite young and he too has been involved, maybe more than Mom. He read at mass and—along with Mom—ran marriage prep courses.

My experience with religion was positive but it was largely manifest in community and fellowship. I knew the tenets of the faith, of course, and did the sacraments with relative enthusiasm, but Catholicism was really about friendship and community—not the message from the top. We moved a few times in my life and the church was a constant amidst upheaval and a convenient source of friendships, much like the hockey rink. Many of my friends came from the church. Family friends did too. And there’s comfort in knowing you can walk into a church anywhere in the English speaking world and know the mass word for word.

As I got older, though, there were things about the church that really challenged my faith. There wasn’t a eureka moment or anything, just a growing unease with what the Catholic church as an institution does and says on issues that mean a lot to me. It forced me to re-examine what I believe and where that fits in as part of the greater conversation about organized religion and ultimately—I was left with more questions than answers.

So my daughter is being raised without an organized faith. I still believe in the values I was raised with; I try to live a good life and I’m trying to raise my daughter with the same values and morals that defined my upbringing. But we're doing it without the focal point of the church that I had growing up.

Yet Catholicism has been too positive in my life to totally disregard it. I look at the strength that my parents have drawn from their faith and it inspires me. I’m glad that they can find such support and strength and I’m incredibly proud that they can do so while still maintaining open minds and a progressive viewpoint. They’ve found a comfortable place in their faith and even though it’s a place shaded by greys within a black and white world I don’t believe it makes them bad Catholics—and certainly not bad people. Quite the contrary; the church could use more like them.

Which brings us to the papal conclave that's about to convene. With all the dark secrets that seem to be coming to light about corruption and more in the inner circles of the Vatican elite, there's also a sense of something bordering on hope. Cautious optimism that maybe, just maybe, the time has arrived for reform. For more moderate and liberal elements in the church to have their moment in the sun.

I don't know if I will ever go back and, regardless, I don't intend to make choices for my daughter. I want her to set her own path. But I do want her to live in a world where, if she does decide that Catholicism is right for her, it can be because of the church's leadership, not despite it.

Joe Boughner: The Naked Dad It's a Miracle I've Never Raped Anyone