The Frozen franchise isn't about to let it go. 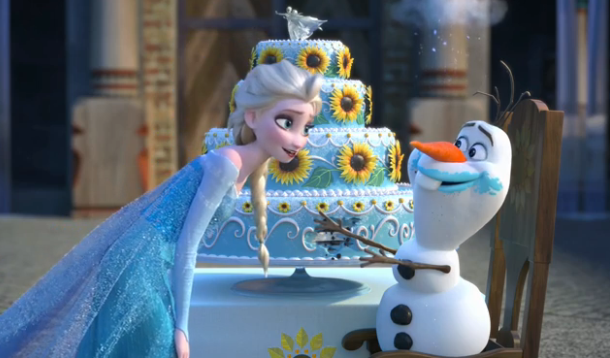 Let it go,
Let it gooooooooo,

Let the money rain down from the sky-ee-eye!

The Support Group For Victims of Disney's 'Frozen'

Not quite the lyrics your five year-old has been singing for the last year and a half, but Disney broke the (somewhat expected) official news that Frozen will be getting the sequel treatment in the near future. There’s no confirmed word on plot yet, but it looks like the original cast is all back on board, and Disney-Pixar animation head John Lasseter was quoted at the announcement saying “We’re taking you back to Arendelle. We are so excited about that.”

A return to Arendelle is good news for the Frozen fan set (do they have an official name yet? Ice heads?Anna-lytes? Elsa Worshippers?) and excellent news for Disney’s bottom line, as well the bottomless supply of Frozen merchandise, which continues to multiply like a Magwai exposed to water. We will see that white-blond braid and goofy snowman face on runners into the JK class of 2020.

Frozen is not undeserving of the love it’s getting. The sisters’ storyline really choked me up, so much so that when our family went to see it, and the toddler was restless, I just pushed at hubs to “go get him” and stayed in the story, napkin ready to catch my inevitable weeping. The original songs, while possibly just the tiniest bit burnt out at the moment, are beautiful, moving musical theatre. The movie is as unstoppable as a greased sled for reasons, people.

The 'Saggy Boob' Version Of 'Let It Go'

Since the sequel is only in the development stage right now, you can get your Frozen fix at Disney’s new live-action Cinderella, now in theatres, which features “Frozen Fever,” an animated short about celebrations for Anna’s birthday. If you just can’t wait, there’s a “making of” feature up on YouTube:

Still not enough? An adaptation for the stage is also in the works, with songwriters Robert Lopez and Kristen Anderson-Lopez working on additional songs. If you build your ice palace now, you just might be the first in line for tickets.

This version of "Let It Go" is for the Moms