The Box Office Slump: Is Hollywood Out Of New Stories? 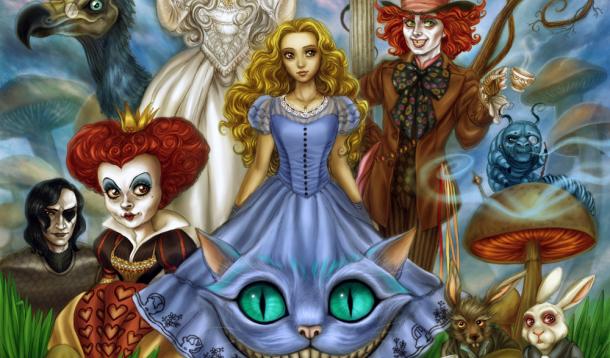 There is really no better place to hide from the unrelenting heat of summer than the movie theatre. Popcorn in hand, dim lights, and a couple of hours of sheer escape (or weeping into your napkin, or laughing so hard you drop your gummy candy) has been a favourite mini vacation for millions—especially since air-conditioned theatres became a thing.

But a story in the Hollywood Reporter last week says that summer 2014 is the worst in eight years for the box office—making this summer a very grim one for money in the movie industry.

Did we all get our own air conditioners this year? Is everyone down at the beach? Or at home in PJ-panted comfort, binge-watching Netflix? Will theatres where we collectively experience a film with an audience just plain go out of style?

No. This can't all be laid at the feet of our on-demand age. People still love the movies, but we just need better movies to love. I'm trying to figure out if my own beloved classics from the 1980s and 1990s are beloved simply because of my age when I consumed them, but more and more I am convinced that we were blissfully unaware that we were living in a golden age of cinema that has gradually slipped away. I have no doubt the cycle will return, but right now it feels like we're somewhere in the movie doldrums, stuck between the gimickry of Smell-o-vision and the dark, never-ending art house films of the 1970s.

Exhibit A: Disney has announced it is shooting a live-action/animation sequel to its Alice in Wonderland (Through the Looking Glass, of course, which “revisits Lewis Carroll’s beloved stories with an all-new new tale that travels back to Underland—and back in time.”).

Haven't we seen this already?

To their credit, Disney always acts as though if they haven't made it, the movie simply hasn't been made—and it has an all-star cast, including Johnny Depp, Anne Hathaway, and Helena Bonham Carter, and will simply drip with colour and clever animation and maybe even some half-decent characters...but we know them already. We've seen them. In the case of Alice, I've read them.

Modern Hollywood seems so seduced by stuffing each and every film firmly into one genre (and one genre only) that nothing gets a chance to just be itself anymore. How did movies get so segmented and rigid? And where's the fun in that? If 9 to 5 were made—or re-made—today (just wait, it's probably on a studio exec's "to do" list somewhere), it would be packaged and trailered as a "women's buddy movie!" and advertised exclusively as a girls' night out affair—and would probably never have made it to the hubby's list of favourite films. I went to see Batman in the theatre three times over the course of the summer in 1989 (now there's a lackadaisical approach to releases—movies that stayed out all summer are truly antiques now), but would a 13-year-old girl have gone if it had been marketed strictly as an action-hero franchise feeder?

We just can't be out of stories as a culture, but maybe we're out of the "formula" stories that breed those predictable results that studio executives have come to rely upon. And maybe that's not such a bad thing.

What do you think? Do we need new ground? Or is something else keeping you out of the theatre?

The Real Message Behind Your Favourite Disney Movies.

Jennifer Rathwell: The Queen Of Screen The Worst of the Worst "Night Out" Partners