here are my 'WHAT' and 'DAMN RIGHT' nominations 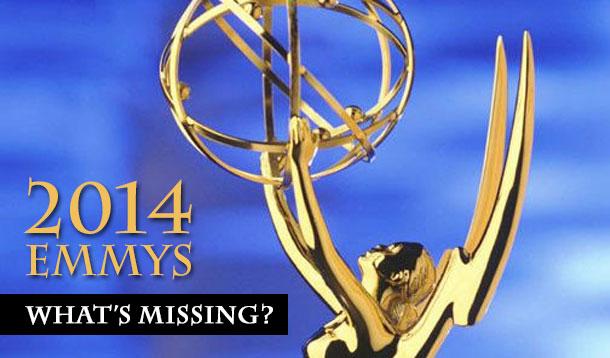 It’s time for celebrating the best of television and the 2014 Emmy Nominations are out! Noticeably absent is most of network television. The big names, legendary performances, and indelible stories from cable channels and Netflix are not just leading the pack — they are the pack.

No big surprises this year, but here are some WHAT THE WHAT? omissions and DAMN RIGHT nominations:

WHAT? Reality TV Host: Left off the list for Best Host this year is Jeff Probst, and maybe it’s time for others to have a turn, but his growth as a host, a student of human nature and character and ability to ask the most crap-disturbing questions possible at Tribal Council should at least land him in the perpetual nominee pile.

DAMN RIGHT: Kevin Spacey (Lead Actor in a Drama) and Robin Wright (Lead Actress in a Drama) for House of Cards. Francis and Claire Underwood are icy, terrifying, disgusting, and co-dependent manipulators and neither would be nearly as strong without the other.

WHAT? Variety: As many of the daily comedy/late-night shows as could fit (minus the most senior of the category, with good reason — those teeth are mighty long) and NO Craig Ferguson? A crudely-made horse costume and robot sidekick may not be for everyone, but in Craig’s last year (he’s announced he won’t carry on as the Late Late Show host past December 2014) it would have been an honour to at least nominate him. If you can’t stay up that late, set your PVR. Craig’s particular brand of crazy will be missed.

DAMN RIGHT: Lena Dunham (Lead Actress in a Comedy Series, Girls) Push past the pseudo-controversy about seeing Dunham naked onscreen so much and ignore the complaints that the girls are whiny and self-absorbed (of course they are, they’re in their 20s!) and if you haven’t met the Girls yet, binge-watch them at the lake and remember when you could go out that late.

WHAT? Did The Mindy Project submissions get lost in the mail? Where’s the love for this sweet, salty unfolding rom-com? Mindy Kaling (Mindy Lahiri) was robbed and so was the swoon-worthy Chris Messina (Danny Castellano). And the rest of the office too!

What do you think? Who are your WHAT and DAMN RIGHT nominations?

Find out everything you ever wanted to know about Netflix here. Our own Erica Ehm went straight to the source.