Teaching Kids to Show Grit in the Face of Adversity

Give Gris a Chance

Teaching Kids to Show Grit in the Face of Adversity 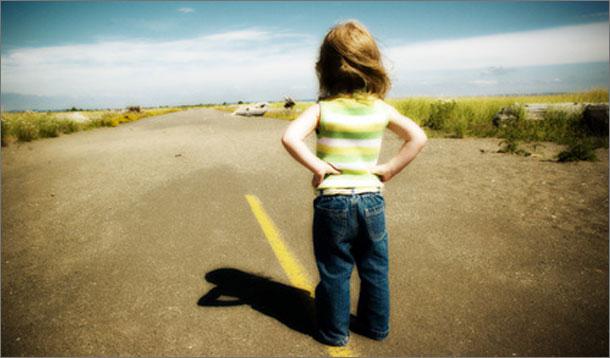 Kids don’t need to be the most popular or accomplished — they need to have grit. This is Robin writing about a subject that Jennifer and I have been discussing forever, both its necessity and resounding absence in many of the children we encounter.

The current media favoured notion that our kids need grit has been bandied about in the media for months and some might find it overdone, but “grit,”or the ability to keep going in the face of adversity and failure, remains  a necessary ingredient for a fully evolved life. Alphabetically speaking, “s” comes before “t” so in the spirit of novelty, encourage your children see the gris.

In most modern languages, “gris” means “grey.” Apparently it means “pig” in Swedish but since that doesn’t fit my thesis, let’s leave that definition to the linguists! Gris means grey. Grey is good. A shock, I know. We are taught by inference to be depressed by grey days, to dye grey hair, to paint brightly coloured pictures for our children and our lives. But, grey has a very different meaning on the canvass of emotional health, and it is one to be nurtured and celebrated.

Many people, children included, view the world as black or white. Black is bad — embodying traits of pessimism, fatalism, self-recrimination, guilt and futility. “I failed the math exam because I suck. I may as well just forget about being accepted into a veterinary program because you need great marks in both science and math. What’s the point in even trying now?”

Those who see mainly white are unrealistic, often lazy and dependent on others. Everything is okay — until it’s not. “Sure, my marks aren’t great now, but I’m seventeen. I want to live and have fun. I’ll get in to university when the time comes.  Everything will work out.”

Yes, everything may work out but it won’t be through divine intervention. As Jennifer confirms, these kids often drift along, losing the thread of their own lives and when the reality of their situations hit, which it inevitably does, they see black and give up, make self-destructive choices or expect their parents to “fix” things.

Teach your kids to find the “gris.” People who appreciate grey understand that life is filled with mixtures of black and white. Hardships are slogged through and turned into challenges and then achievements. A grey child fails a test and says, “I’ll have to get extra help on this unit” or “I need to work harder next time.” Jennifer has found that “gris” kids recover faster from failed relationships, professional disappointments and even illness. Their mindsets allow for a broader, more integrated understanding of cause and effect and they see how they are personally involved in both those things. They take responsibility and therefore, feel more powerful and self-reliant.

Recently, my ten year-old advanced to the public speaking finals in his grade. He worked for hours to memorize his speech, think through his inflections and remember to enunciate, project and look at people throughout the room. When it came time for him to speak, his nerves got the best of him and because he forgot one little part of his speech at the beginning, he flew through the rest, too worried about missing another sentence to remember to speak slowly and enjoy his own humour. Needless to say, he didn’t place in the top three and though he held it together in the auditorium, because I’m his mom and because he excused himself to go to the boy’s room right after the competition ended, I could feel his overwhelming upset; he didn’t want anyone to see in case he cried.

When he emerged from the washroom, I acknowledged his disappointment (and my own!) and asked what he thought went wrong.  He had already compiled a list in his head of what had tripped him up and how next year he was going to memorize his speech so well that he wouldn’t even need to bring the cue cards on the stage with him. “That will give me the confidence I need, Mom.”

I felt so proud of my little guy for trying, failing, being upset, recovering by thinking through what was needed next time and resolving to try again. The kid has his grey on, and I cannot tell him enough times how well this trait will serve him throughout his life.

When we returned to his classroom, my son’s classmates broke into wild applause; I wanted to cry and hug each and every one of them. They were clapping for his effort and for their belief in him. “You did amazing!”

“You’ll win next year.” They made the grey more colourful, if you can believe it.

I’m lucky that my son can see the “gris.” We can try to teach this quality to our children by modelling it in our own lives and discussing it with them as problems arise in theirs, but some kids are pre-disposed to the blacks and whites. These children need our full and patient attention. We should not do their colour-mixing for them, but like good art teachers, show them how many shades can be made out of two extreme opposites, and give our kids the gift of control over their own brush-strokes.

Jennifer Kolari: 13 To Life Choose Yes Over No