Dealing Fairly and Responsibly With Your Sexually Active Teen 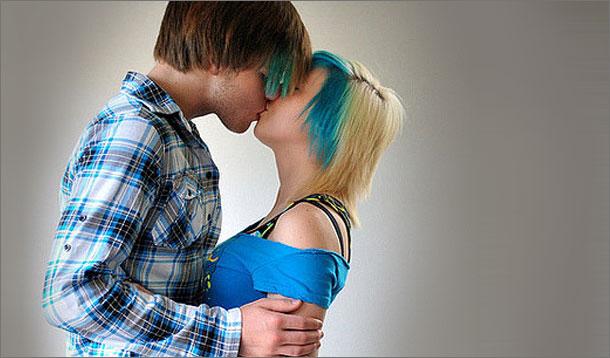 Banning sex from a hormone-addled adolescent is like ordering a monkey not to swing from a tree branch. While both acts might cause disobedience, the first can create havoc in the parent-teen relationship.

Parental prohibition is basically a control play, and the reality is, it doesn’t work. When children are little, they will find sugar even when their parents “censor” candy.  Kids will find access to alcohol regardless of whether or not their parents forbid them to drink. And, teenagers will be sexually active despite their parents’ rules.

I do not necessarily condone sex between consenting teenagers, each situation is different; however, I would rather err on the side of an open, trusting relationship with my child over one where I am the police and my child is the wily escape artist.  So here for your consideration, The Five Commandments for Parenting a Sexually Active Teen. I hope that after reading them you’ll feel compelled to write five more of your own.

1. Thou Shalt Prepare Thine Offspring.
You have to assume that most children will engage in pre-marital sex. Talk to your teenagers about the perils of teen pregnancy for both girls and boys, and make sure your daughter is on the pill and that your son wears a condom. Always.

2. Thou Shalt Put Your Child’s Health Ahead of Your Discomfort.
The birth control pill is not enough. A boy should never NOT wear a condom because his girlfriend is “taking care” of contraception and a girl should never have sex with a boy who isn’t wearing one. STDs are rampant and you need to keep your children informed of this in order to help keep them healthy.

3. Thou Shalt Not Ban Sex from Thy Teenager’s Life.
Adolescents are naturally oppositional, self-serving, and guiltlessly deceiving. If you tell your son he can’t have the thing he wants most in the world, he will devote all his energies towards getting it—and that includes sex. In fact, sex is probably at the top of the list for many boys. A sure-fire way of insuring that your underage child will have sex is to forbid them from having it. Instead, be realistic. Talk to your children about what sex can mean to a relationship, the emotions it can engender. Guide them to show respect both for themselves and for their partners’ feelings.

4. Thou Shalt Not Become Apoplectic if Thou Discovers That Thine Child is Sexually Active.
If you find out that your teen is having sex either because you hear about it, you discover the couple together, or your brave child actually tells you, the very worst thing you can do is yell at her, ground her, or do anything else to make your child feel ashamed. Even though adolescents are striving for independence, they still look to their parents to bolster their self-image, and if you tell them they’re garbage, they will feel like trash. Plus, punishing a child for sexual activity can set up a dysfunctional relationship with sex for the rest of her life. Is that what you want? And would you prefer that your normally open child start lying to you because you are disgusted by her truth? Instead of punishing, ask them how they’re feeling and reassure them that you’re there to talk to. If you think your child is too young for sex, you can most definitely say so, but tell them with love, not revulsion or disinheritance.

5. Thou Shalt Not Endeavour to Keep Teen Couples Apart.
If you tell Sally that she is no longer allowed to talk to Billy on the phone, have him over for an evening, or see him outside of school, you are not only being unfair, you’re also behaving stupidly. Nothing intensifies the desire for a relationship than being told it is taboo. If the Capulet and Montague families had embraced Romeo and Juliet’s love instead of forbidding it, perhaps Shakespeare’s tragedy would have turned into more of a rom-com in which two kids, meet, fall in love, have a wonderful affair for a year or so until realizing that they aren’t so compatible. Then they break up, stay friends, and eventually invite each other to their weddings to other people.

Banning someone from your child’s life is apt to push them to keep that person around even when they aren’t interested any longer. Plus, instead of focusing on the relationship to see if it has the stuff of longevity, kids who are instructed to stay apart will put all their desperate energy into finding stolen moments to be together, and they won’t have the opportunity to experience each other’s flaws. The smart choice, if your son or daughter is in a relationship, is to invite that boyfriend or girlfriend over as often as you can. Get to know him or her. Make him or her an honorary member of your family for the duration of the liaison.  You’ve heard the expression, “keep your friends close and your enemies closer?” This kid is NOT your enemy, but by embracing your child’s “other half,” you are maintaining an environment of openness and respect for everyone involved. And you’re in the loop.

Realities are often uncomfortable, especially when we are also trying to work through our own feelings around an aspect of life that might be fraught, and mourning the undeniable fact that our babies have become adults. By all means, keep the bedroom door shut, but keep your eyes, ears and hearts open to your teens.