what do I do now? 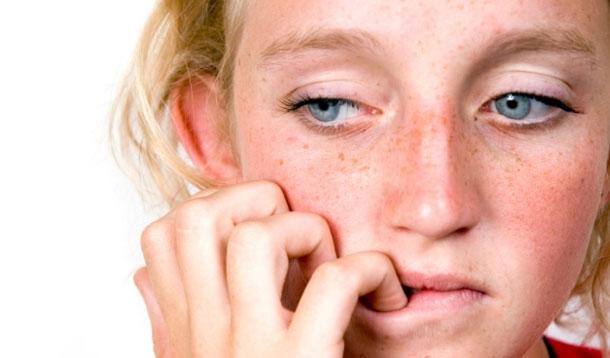 How can a parent effectively help when her child realizes there will be life after high school?  I remember when my friend, Louise, called me last fall, sounding as if she’d just run over a squirrel. You know how it is with squirrels – they annoy you by wrecking your garden, but you still don’t want to see them squashed. That’s kind of how it is with teenagers too, and Louise was feeling terrible because she’d dragged her usually inscrutable sixteen year-old son, Stephen, to a “Parent Information Night” about post-secondary education. The session was directed at the parents of Grade Twelve students, but Louise is a planner and even though Stephen is only in Grade Eleven, she wanted to learn about the university application process early. Taking Stephen couldn’t hurt.

After her son heard the speakers talk about the options, grade requirements and even the detailed process of filling out applications for college or university admissions, he flipped. “I won’t get in anywhere! I don’t know how to work that hard! I’m going to end up washing cars and eating Kraft Dinner for the rest of my life.”

Louise tried to console Stephen, reminding him that he earns respectable marks and that the diligent work ethic he needs will evolve. But, Stephen didn’t hear any of this. He was too busy freaking out. Louise felt guilty for pushing her son too soon. I suggested that she was actually doing him a big favour, preparing him to get prepared.

In my therapy practice, I often see perfectly capable adolescents “wig out” during the first term of Grade Twelve when high schools begin readying students for the rest of their lives. This comes as a shock to some of the teens who have simply been going through the motions of attending classes for three years. These kids haven’t thought about what will happen to them after secondary school. Adolescents are proficient procrastinators and hedonists. Plus, considering the future before one is forced to is, in their minds, a pointless stress. The sudden deluge of active decision making that rains down in Grade Twelve can cause great anxiety and paralysis. As parents, it’s easy to either become extremely pissed off at our children’s inertia or to jump into the fray for them by doing all their research and filling out their applications.  While both reactions are understandable and predicated by fear, neither is recommended.

Starting to discuss post-secondary education with your teenager is, therefore, practical and advised as early as in Grade Ten. Kids may not know what they want to do, but a gentle discussion will definitely set them to thinking.

If your child flips out while choosing or even contemplating a post-secondary school education, the best thing you can do is remain calm. Somebody has to—and while your children may defy you at every turn, the truth is they are secretly watching you as a barometer for their own feelings. Once your teen has regained the ability to actually listen to someone other than the anxious voice in his head, talk to him about breaking things down into small, manageable steps. Reassure that you are there for support, including arranging for tutoring, accompanying him on tours of the institutions in which he might be interested and providing an open ear. Remind your child that choosing and applying to any one college or university will not cast her fate in concrete, but that concrete decisions will allow her to cast the control she needs to move forward.

I spoke to Louise last week. Stephen has been on-line, scouting colleges and universities, looking at all the different options available to him. Available. Not closed, not impossible. My friend is practicing patience, waiting for him to apprise her of his findings in his own time. She isn’t much calmer, but her son appears to be, and really, HE is the one who will be striking out on the post-secondary adventure.

Alas, the perils of parenting.