Why You Should Watch "Supergirl" With Your Daughters

Why You Should Watch "Supergirl" With Your Daughters 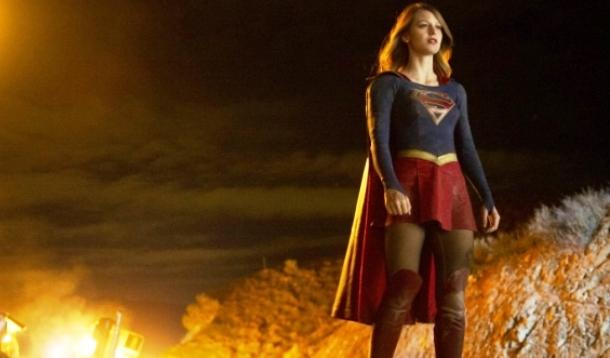 There’s not much on television that I will watch happily with my 10 year-old daughter. The laugh tracks on iCarly, Dog with a Blog and the ilk make me scream silently; but she’s years away from being ready for the Netflix, AMC and HBO shows I enjoy.

That’s why I’m so pleasantly surprised by the CBS sleeper hit of the season, Supergirl. This weekly one-hour drama has a fast-paced storyline, fantastic special effects and smart dialogue, and it’s the one “can’t miss tv” hour for the family.

Kara Danvers was sent from her exploding planet to watch over her cousin (aka Superman). When they left Krypton, she was the older and wiser of the two (Superman was but a cherub-y infant, and the only hint of the hero he was to become was the curl in the middle of his forehead), but due to some time traveling wormhole, Kara arrived on the planet after Clark Kent had grown and established himself. Rather than take her under his wing, Superman pawns his cousin off on a “normal” family to raise.

Kara doesn’t really come to terms with her powers or start to use them until she’s forced to save her stepsister from a potential plane crash when they’re both adults. Because Kara hasn’t grown up as a superhero, she grapples on the show with this self-discovery. She tries too hard, makes messes out of situations, overestimates her powers and discounts her family’s advice. Sounds a lot like the teen years, huh? It’s healthy to see a hero who fails and learns from her mistakes.

Kara also has a lot to prove as Supergirl to a world that has been living with Superman as a hero. Like so many of our heroines, she must do everything that a man has done before her, in metaphorical high heels, and somehow stand out. The show blatantly questions the time honoured tradition that only men can be superheroes.

This series marks the return of one of our favourite feminist heroes from 1990s, Calista Flockhart. Twenty years ago she was Ally McBeal, a single young lawyer looking for love and fulfillment. Flash forward to 2015 and she’s Cat Grant, the powerful CEO of Catco Worldwide Media. She’s Kara’s boss and at first glance seems a nasty type of mentor to her, but as the series progresses, viewers recognize that there’s a lot more to Cat than meets the eye, and she’s able to deliver some of the most feminist comments on television today.

It was Cat who dubbed Supergirl with her title, and a frustrated Kara later asked her, “A female superhero…shouldn’t she be called Superwoman? If we call her Supergirl, something less than what she is, doesn’t it make us guilty of being anti-feminist?” Cat replies with, “What do you think is so bad about ‘girl’?” “Girl” is not an insult, and this reinforces some of the strongest feminist campaigns my daughter has grown up with, including Always’ ‘Like a Girl’. These are conversations that I’m glad my daughter is hearing on her new favourite television show.

In the latest episode, we learn that Cat’s a single mother who struggles with work/life balance. Kara asks her how she “does it all,” and Cat replies bluntly, “You learn…and you do it gradually. You can have it all, but not all at once and not right away.” These are essentially the words I’ve read by Gloria Steinem, Caitlin Moran and Sheryl Sandberg.

Kara’s best friend and main source of support is her stepsister, Alex. These two have a complicated relationship to be sure (imagine your parents adopting a young teen girl with super powers just as you’re entering your own teen years), but there is absolutely no doubt that they have each other’s back. There’s no pettiness between them, and none of that over-the-top drama we see so often in sibling relationships.

There’s enough of a love triangle to ensure we as viewers continue to tune in, but it’s not over the top and I don’t expect to see Supergirl rolling around the sheets any time soon. Kara’s best friend is Winn, the company IT guy who thinks Kara can do no wrong. He’s supportive of her superpowers and, in fact, sews her first costume. Unfortunately, Kara’s only got googly eyes for Catco’s new photojournalist, James Olsen. What’s refreshing is that the three are supportive of one another, and Kara can depend on her friends not only to keep her secret identity quiet, but to help her make her way as Supergirl. It’s very simple, but the concept that boys can be friends as well as love interests is important for my daughter to acknowledge as she enters the teen years, and the show demonstrates it in a quiet and understated way.

Supergirl is sensitive, intelligent, feminist and a little bit wary of its role in society…just like my daughter. And it’s why I’m so glad to be watching it with my own super girl.

RELATED: This Amazing Girl Made Her Own Superheroes