How Do You Feel About 'Happy': The New McDonald's Mascot?

How Do You Feel About 'Happy': The New McDonald's Mascot? 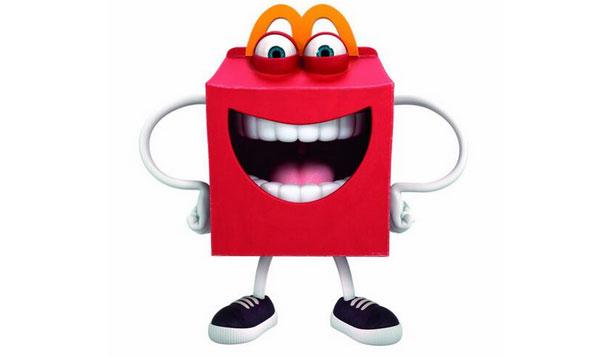 All reigns must come to an end, including that of Ronald McDonald. It seems fast food empire McDonalds felt it was high time to makeover and promptly sideline the iconic redhead in favour of an all-smiling, all-dancing Happy Meal box.

But not everyone is charmed. In fact, the general social media consensus is that the new guy is "downright McCreepy.

According to an article in the CBC, the new mascot known as 'Happy' is all about "bringing more fun and excitement to kids’ meals, including eating wholesome food choices like low-fat yogurt."

Well, at least that's what the press release said. And few people on Twitter were keen to greet Happy, so much as run away and hide.

Happy was variously labelled an "effective deterrent for both appetite and sleep" (Sean O'Neal), and a "demonically possessed washing machine" (Alexandra Petri). Some of the related tweets and memes are pretty funny, actually.

Though Happy may be the new kid on our block, he actually emigrated from Europe and Latin America, where he existed for the past five years without incident.
Besides, Happy isn't "unhappy" about the bad press he's received so far—a fact that some people suspect was the intent of marketers all along.
Frankly, Ronald always terrified me, so I'll take the box over the scary clown any day.
What do you think of McDonald's new mascot?
Incredibly, this man lost weight by eating McDonalds and nothing but McDonalds.
Category:
Food - Eating
Tags:
mummy buzz
mcdonalds
mcdonald's
mcdonald's mascot
mcdonald's happy
happy meal
mccreepy
ronald mcdonald
fast food
mcdonald's marketing
mcdonald's new mascot
May
22
2014 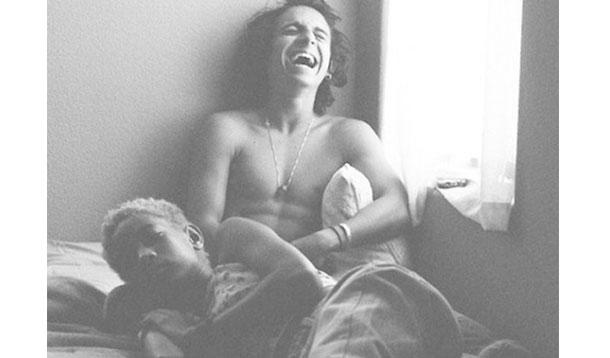 Remember that bedroom photo of Willow Smith cozying up to actor Moises Arias a little while back? Well, even though Willow's parents Will Smith and Jada Pinkett Smith claimed there was nothing untoward going on, the L.A. Department of Children & Family Services begs to differ.

According to an article in Gawker, the sight of the 13-year-old girl hanging with a shirtless 20-year-old Arias was concerning enough to warrant a thorough investigation.

Apparently, Hannah Montana star Arias is best buddies with Willow's older brother, Jaden, so it's entirely plausible that the two would be hanging out, but was it appropriate?

"Here's the deal," said Pinkett Smith after the Instagram photo became public fodder. "There was nothing sexual about that picture or that situation. You guys are projecting your trash onto it. You're acting like covert pedophiles and that's not cool."

Do you think Willow is getting the star treatment by Child Services, or was the photo genuinely cause for concern?

It's not the first time the Smith parentage has been scrutinized.

Would You Let Your Child Watch Her Own Birth Video?

Would You Let Your Child Watch Her Own Birth Video? 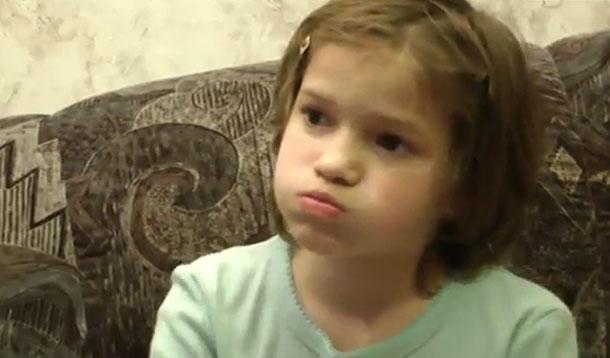 Like any eight-year-old girl, Athina was curious about where babies come from. So, her parents figured they'd give it to her straight—and let her watch a childbirth video. Her own.

Labour is a miracle to behold, no question, but can also be a bit of a messy business. And witnessing your own birth day (literally) is about as surreal as it gets.

Her reaction, courtesy of Right This Minute, is priceless. She pretends to push along and, at one point, even apologizes for putting her mother through THAT.
Would you consider letting your child watch her own birth video?
This mom had possibly the most photographed birthing moment.
Category:
Family - Babies
Tags:
mummy buzz
girl watches birth video
birth day
birth story
where babies come from
birds and bees
birth video