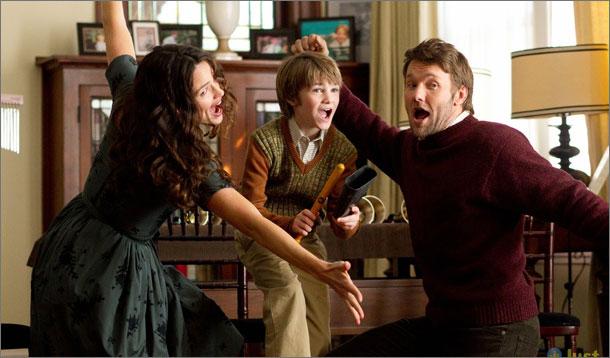 Everyone remembers their first 'tear jerker'...Mine was The Fox and The Hound, but that had nothing on E.T. I was still sobbing as my mom and I left the theatre. Bambi, Old Yeller, Charlotte's Web...

Kids have to learn about life's injustices at some point. But when is too early? And how much melancholy is too much?

This is the argument stirred up by the latest tear jerker for kids—The Odd Life of Timothy Green, which might well have been called the sad life of T.G. Apparently. I haven't seen it myself, yet the footage of blubbering children after the credits have rolled speaks for itself.

Disney, you doggone heartbreaker, you. Don't watch the video if you aren't ready for a spoiler, but you can probably guess, gauging by the young boys' reactions.

"If you do [watch the movie], you will tear out your eyes. It was so sad," warned one of the brothers, while the other was more divided on the subject.

"There were so many happy and sad moments."

If you do choose to bring your kids to see Timothy Green, have lots of Kleenex and TLC at the ready.

When are children emotionally ready to deal with these mature themes? Do movies and books provide a 'healthy' way of exploring despair? 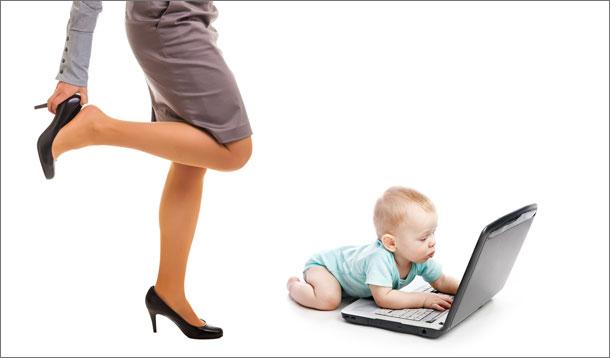 Working moms may deal with more guilt for heading back to the office, but a new study by researchers at Pennsylvania State University claims they're healthier than moms who stay at home, work part time, or are unemployed.

More than 2,500 women who became moms between 1978 and 1995 and returned to work full-time shortly after having children were deemed healthier at age 40, regardless of pre-pregnancy factors, such as employment, race/ethnicity, cognitive ability, single motherhood, prior health conditions and age at first birth.

"Work is good for your health, both mentally and physically," said author Adrianne Frech. "It gives women a sense of purpose, self-efficacy, control and autonomy. They have a place where they are an expert on something, and they're paid a wage."

The study called to light the fact that "persistently unemployed" women were the least healthy of the women surveyed.

"Struggling to hold onto a job or being in constant job search mode wears on their health, especially mentally, but also physically," said Frech.

According to Frech, the health perk may be due in part to financial independence, as moms who work part time are paid less, with fewer benefits and chances of promotion, while stay-at-home moms "face financial dependence and greater social isolation."

It's crucial, according to Frech, that women make sound work-related choices before their first pregnancy, in order to reap health rewards later on.

Such sound choices include delaying the first pregnancy until after marriage and schooling, and not waiting a long time before returning to the workforce. 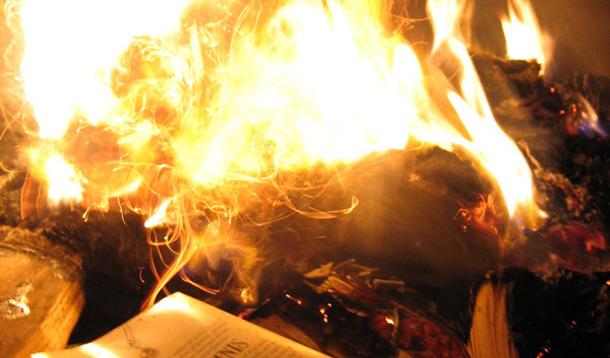 Forget burning your bras. A UK women's charity wants you to burn your books instead. Well, one book specifically: the mega-selling Fifty Shades of Grey trilogy, which the group refers to as "an instruction manual for an abusive individual to sexually torture a vulnerable young woman."

Unless you've been playing tortoise for the past year, you're well acquainted with EL James's 'romance' novels telling the titillating S&M affair between billionaire Christian Grey and college student Anastasia Steele. The first novel in the trilogy has sold more than 5.3 million copies in the UK, making it the bestselling book in British history.

After waiting for someone, anyone to speak out about about "this misogynistic crap," director of Wearside Women in Need, Clare Phillipson, took it upon herself and did just that. Her worry being that the book will normalize domestic violence for the young women picking up the book. Quite simply, she says, Fifty Shades banks on the whole mythology that "women want to be hurt."

Not only is Christian Grey young, filthy rich, and stinking gorgeous, he is also damaged goods. Rather than running the other way, Steele sticks by Grey, buying into what Phillipson calls the classic domestic violence fallacy—"that you can heal this broken man, that if you just love him enough and take his shit enough, he will get better."

"That message is so dangerous," she added. "... the chances of making a Christian Grey better by enduring the abuse he heaps on you—well, you would be physically traumatized and potentially dead. It is not going to happen. You have to walk away from the Christian Greys of this world."

It's a sentiment that comedienne Joan Rivers echoed in a recent Twitter spat with Rihanna, after the singer claimed to still be in love with ex, Chris Brown, who beat her. "Honey, Rihanna,' tweeted Rivers, "everyone knows: If he hit you once, he'll hit you again. Read the statistics."

Phillipson would tend to agree. That's why she is urging women to burn their copies of Fifty Shades alongside an effigy of Christian Grey at the Wearside offices in Washington, England, on 5 November.

Behavioural psychologist Jo Hemmings fails to see the correlation between the fact and the fiction. Most adults, she claimed, "have a pretty good handle on what and what isn't morally acceptable. Does reading a thriller involving murder makes us more likely to commit one? Or even consider it? Of course not."

A latecomer to succumb (sorry) to Mr. Grey's wiles, I'm only partway through the first Fifty Shades, and as such will have to postpone judgment. But it do seem to me that we should be beyond burning books by now. It also seems to me that erotica of this kind isn't intended for 13- to 14-year-old girls...

What's your take on the whole Fifty Shades phenomenon? Seduced or sickened?