Recall due to "clumping" of ibuprofen 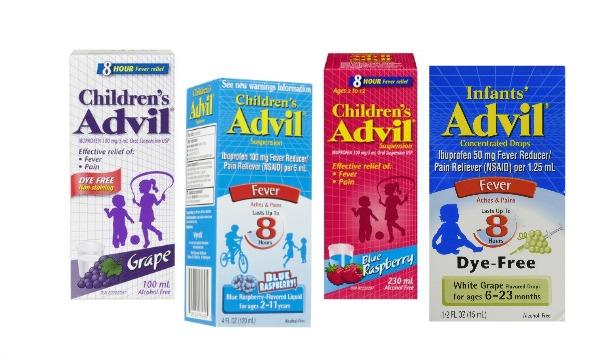 Health Canada and Pfizer Canada have issued a large-scale recall on Infant and Children's pediatric Advil products in liquid form.

Health Canada is informing Canadians that Pfizer Consumer Healthcare has initiated a voluntary recall of 124 lots of Advil liquid products for infants and children because of a potential risk of inconsistences in dosing of the product.

“Clumps” of Ibuprofen may form in the bottle and lead to higher or lower doses that are given to infants and children if it is not shaken well before each use.

Health Canada says that there is low likelihood of severe reactions, provided parents and caregivers properly shake (and shake, and shake some more) to avoid the clumping, but as a precaution against any issues, parents should return the recalled products bearing the serial numbers here. If you have these products in your possession, you can return them to a pharmacy and inquire about alternative remedies.

The warning comes due to clumping of medication not working properly in two ways: improperly administered ibuprofen in low doses will not treat fever or pain effectively, and "although unlikely" Health Canada warns that high doses of the medication "may lead to vomiting, drowsiness, dizziness, ‘ringing in the ears’ and decreased breathing rates."

...and other pop culture stuff you may have missed this week 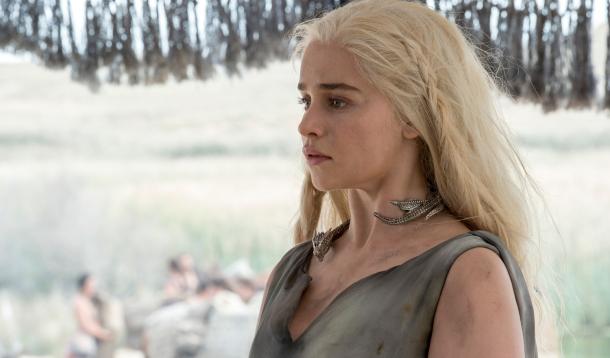 Do you hear that? That's winter coming.

Game of Thrones is back! (Almost.) It's so close we can almost taste it. HBO brings the huge, complicated crew back for season six, which should be interesting because the existing books haven't taken us that far yet, so show writers are basically winging it right now. A new book is coming however, but really, that can mean anything because the show and novels aren't exactly married to one another. Season six will begin airing Sunday March 24 at 9pm, so you've got a few weeks to get your kids bedtime routine nailed down so you can watch in peace without having to explain some of the more graphic and weird shit that goes on in Westeros.

Knowing how eagerly anticipated the return has been, HBO released a set of 20 production stills in advance of the premiere, so have a peek and see if you can determine who's dead on a mountainside somewhere. 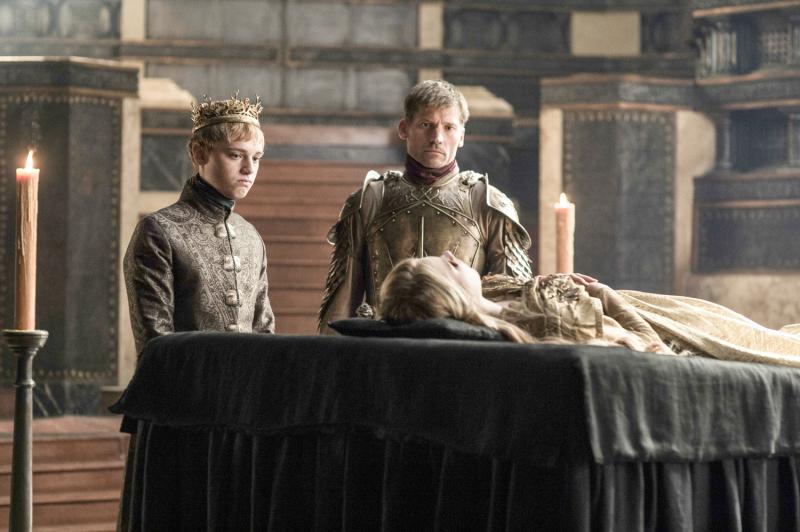 Downton Abbey is Over. Here's How to Deal. 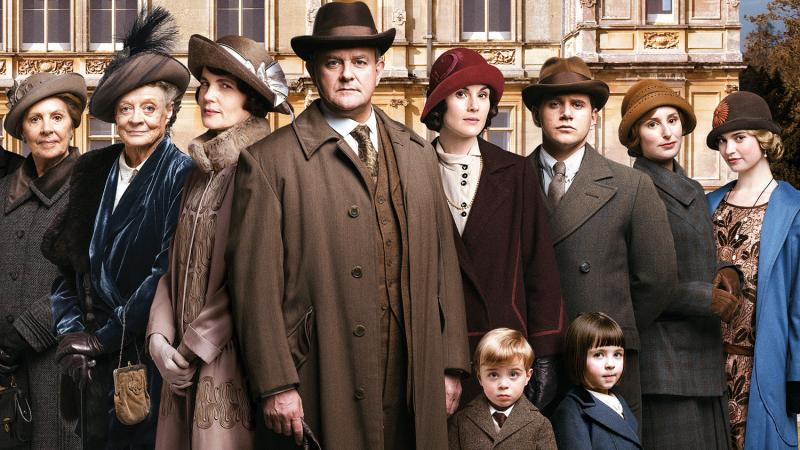 If you haven't already binge-watched your way through the sixth season of Downton Abbey on iTunes, you're well aware we're in the homestretch to the finale of the show this side of the pond. PBS was clear and this is the last season for the Crawley/Grantham gang, and it is over and I know how it ends. That's right; I paid cash money to watch the whole damn thing in one afternoon and now I'm left with an affected British accent I cannot shake. Also spoiler alert: everyone is eaten by vampires. Here's what to watch after Downton Abbey. 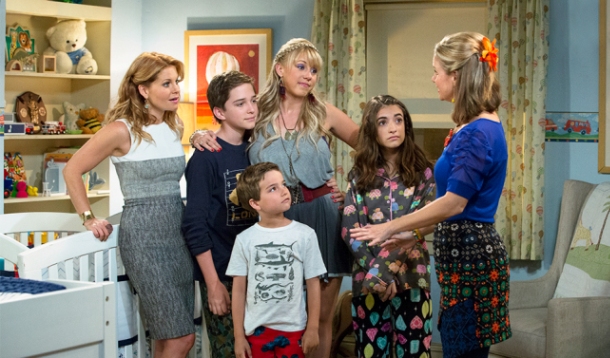 Not only has Netflix brought us great original programming, but they're also doing us a solid in the nostalgia department, thanks to their reboots of "old" shows like Arrested Development and now Full(er) House. The Tanner family returns to the screen (or iPad, choose your poison) on February 26, which is only two weeks away, so you best order that bedazzler gun and acid wash denim fringe coat for the premiere, STAT. 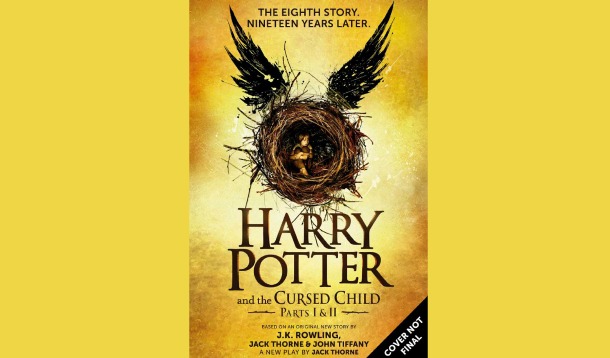 Have you made plans this summer? Rented a cottage? Booked an RV for a cross-country tour? CANCEL. Call right now and get that security deposit back because you'll want to spend a few warm days lounging around reading the brand new Harry Potter book coming.

The Glass is Half Empty: A Defense of Pessimism

The Glass is Half Empty: A Defense of Pessimism 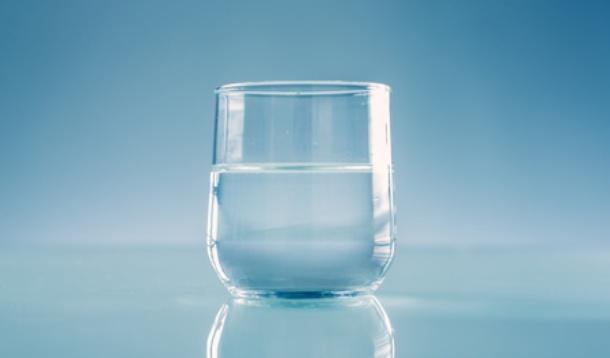 I am not a positive thinker. Never have been, never will be. Some people call this line of thinking “defeatist,” or “nihilistic,” but I don’t agree, because these people are possibly head-in-the-clouds dreamers who refuse to acknowledge that bad stuff happens all the time and that it’s not going to change ever no matter how hard you wish on a star. Being a pessimist from the day I was born has served me well the vast majority of the time; I am almost never disappointed because I don’t expect things to go as planned anyway.

I am a pessimist; being prepared for the worst is what I do.

It turns out I’m correct in touting the benefits of pessimism as a life ideology. In 2012, German researchers conducted a study of elderly citizens and concluded that pessimists are often happier in the end. The study reveals that “understanding that although things are fine right now,  they might get worse” seems to have “a positive effect” on their quality of life. The study notes that pessimistic people can actually benefit from a this outlook.  The researching psychologists acknowledge that while the results "fly in the face of 'positive psychology'" the results make sense because being pessimistic helps you prepare for bad things, even if they never come. I agree completely. Pessimism is at the heart of why we contribute to retirement plans, build well-stocked pantries, or wear sunscreen. I dread the hard times, but dreading them makes me think about them and thinking about them makes me DO something. A dreamer — a true dreamer — doesn’t worry about these things too much, instead choosing to spend energy on other pursuits like making wildflower bouquets and starting mason jar Pinterest boards.

But don’t cry for me, optimists! While I will never be a member of your club, I may come to your annual picnic if I’m invited. I’ll be the one with a rain cover, bug spray, poison ivy cream, and extra water bottles. Who’s going to be okay when the skies open up and killer bees hunt you down on your nature walk? Me, that’s who! Because I knew these things were likely and I made provisions for them. I’ll be dry and bite-free while you’re trying to sooth your itchy, hungry children with songs about magical fairies who shit jelly beans.

Pessimists constantly have to defend their ideology. I’ve had the negative/positive ying/yang debate more times than I can count and because life is what is it (which is not not great sometimes,) I fell in love with a an wonderful, positive thinking idealist. This, I believe, is punishment for my one day of positive thinking in 1992. He’s a wonderful, caring, slightly-delusional dreamer of a man and I’ve explained to him several times that pessimism is often borne of a need to protect oneself. If nothing good is likely to happen, then nothing is lost in the process. When something good occurs (but it probably won’t) then that’s a bonus. I call this outlook “conversation without expectation,” and it hasn’t failed me yet. But I will be ready when it does. He sometimes lovingly calls me things like “dream-suck” and “spirit-killer,” which I’m currently having a friend cross-stitch onto a pillow for me.

The horrible, inconvenient truth is that life sucks – it sucks hard, and it sucks hard a lot. Pessimists know this and there is no hiding from this cold-hard fact. But we are not all joyless, defeated suckholes. I have a great deal of joy in my life and every day holds good. I can laugh at almost everything and my very dark sense of humor is a gift I’ve found most pessimists have. I appreciate this immensely because life demands you tolerate a lot of bullshit and if we couldn’t laugh at it we’d all be in a lot of trouble.

Being a pessimist is not for lazy hacks, either. This outlook isn’t chosen for ease or sake of just being able to simply dismiss notions of good, thereby ensuring a cocoon of “I told you so.” Pessimism requires effort and tenacity. It demands attention and invites criticism. You can’t lay on the couch watching porn with a trough full of Cool-Ranch Doritos if you’re going to call yourself a true pessimist. Those nacho-munchers are poseurs; they’re pessimoseurs. True, authentic, unadulterated  pessimism requires and inspires action. Troops aren’t called into battle because “Eh, probably nothing bad will happen.” Armies are formed and trained under the possibility of worst case scenarios and this is how wars are won. Pessimists — to borrow a line from Tina Fey  — get shit done. While optimists see everything through rose-colored glasses and building your dream house “vision board,” we’re laying figurative sandbags in preparation for the impending storm.

So lovers and dreamers, chill the f*&$ out and stop telling me to think positively. Instead, why don’t you come over to the dark side and join us on the pessimist bench? We’re wearing black t-shirts and talking about silicone window caulking, because it looks like a storm is coming.