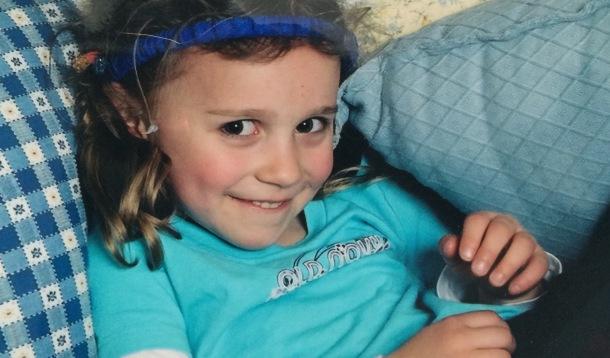 There are many things common convention tells us under the guise of keeping us safe and happy; things like “stay away from a Mama Bear with her cubs,” or “avoid small patterns if you’re pear-shaped,” or “Jeni, for the love of God, please do not wear that crocheted beer-can hat to my parents' anniversary party.”

I bet you’ve even told your kids such things. We’ve all told a child to watch their fingers in the car door, lest they be chopped off, but we know that never happens.

Except it does happen, and it happened to my family.

When my daughter was 4 years-old, a fun day filled with holiday shopping plans quickly became a ticket to Nightmareville, when the minivan door slammed on her tiny hand. Okay, not good, certainly, but likely a broken finger...maybe two.

Except there is nothing I cannot make worse, and instead of a tiny broken digit, we were now dealing with four broken fingers and one severed pinky. When I saw her standing up in the van, having escaped from the seat I had secured her in, it took me a second to realize what had happened. Her hand got closed in the van door and we discovered that “keep your hands inside the ride at all times” is not just an amusement park rule, but good general practice.

I watched the blood drain from my daughter’s face as her tiny mitten turned red. Her eyes were shining but unfocused, and I pulled her mitten off to assess the damage and her left pinky finger fell off at the 2nd joint.

I then did what any well-prepared, rational woman with several First Aid courses under her belt would do: I started screaming like a fucking maniac.

A frantic emergency room visit saw me re-enacting the "Give my daughter the drugs!" scene from Terms of Endearment as I went into all out, legitimate panic, because hey, fingers are pretty important to the human species. It’s kind of what sets us apart from lower species, like amphibians and people who don't return shopping carts to the corral.

A plastic surgeon specializing in fingers and hands was on call at our local hospital that day and within hours, my daughter was in what would be the first of two surgeries. We were briefed on what this would entail: Emergency Room visit, X-Rays, general anesthesia, plastic surgeries x2, physiotherapy, surgical recovery, doctors follow ups...and lots of pain control.

The gory details are just that, but I will tell you that two intricate plastic surgeries, countless cups of shitty hospital coffee, and a plastic surgeon kicked in the balls by a tiny purple winter boot when he accidentally touched the wrong finger, and many physiotherapy appointments later, my daughter emerged with all ten of her fingers, all operational and with full range of function.

The many hospital visits meant we quickly became experts at crisis pain management. The emergency room is a real “on the job” learning environment and if you have either been kicked in the nuts by a child or lost a finger, you know that acute pain is serious business. Acetaminophen is a great option for many kinds of pain, but losing an actual part of your body may require something stronger than over-the-counter pain management. We also used topical local analgesic gels, but when it came to managing the worst of the pain, both before surgery and in the period following, we needed to use a stronger pain management arsenal including morphine and other Intravenous (IV) administered drugs. There are other ways to help ease hurt: the staff splinted her hand and gave her ibuprofen before first line X-rays, especially since I was unable to accompany her inside as I was 6-months pregnant.

My daughter was a few years past her nursing days but that would have also been a great technique for providing comfort to a child in the ER. Instead, when we had to, we just acted like big, bumbling fools to make her laugh. My family is blessed/cursed with an appreciation for dark humour and even at four years-old, my daughter could find a smile when we’d make an inappropriate noise or gesture. Yes, I am telling you that fart jokes and asking a doctor how his tender nuts are after being kicked by a pixie child is sometimes exactly the best medicine. Those small smiles and chuckles provided even a tiny modicum of relief for our family and our child and if I thought it would have elicited a smile, I would have run through the hallways wearing only a crocheted beer can hat. Even the hospital staff got in on the act: the surgeon, who had allowed my daughter to take her favourite “lovely” into surgery (at the time it was a plastic lizard), wrapped the lizard’s paw in a bandage identical to hers for recovery. Laughter can be used as a distraction, there is actually research that shows humour reduces pain in kids!

Childhood pain - especially acute pain - is not funny. But when a kid is scared and hurting, having the perfect blend of appropriate drugs and being able to provide a chuckle or two shows that while laughter may not always be the BEST medicine, it’s still part of a great management plan and we were soon pros at navigating the pain-relief system for kids in the ER.

These days, we have a strict “hands in laps” rule in the car, and we are even able to laugh about the whole thing. But we now know better. We also have a working knowledge of ER and home pain management for the kids. Childhood is a time for making memories, and sometimes those memories include not-so-great things like broken bones, stitches, and yes, even severed fingers. Let’s do all we can to make sure looking back includes the knowledge that we did all we could to help those situations be as pain-free as humanly possible.

These days, my now 17 year-old daughter has all ten of her fingers. And I can assure you, she has the ability to use them all - especially the middle one. 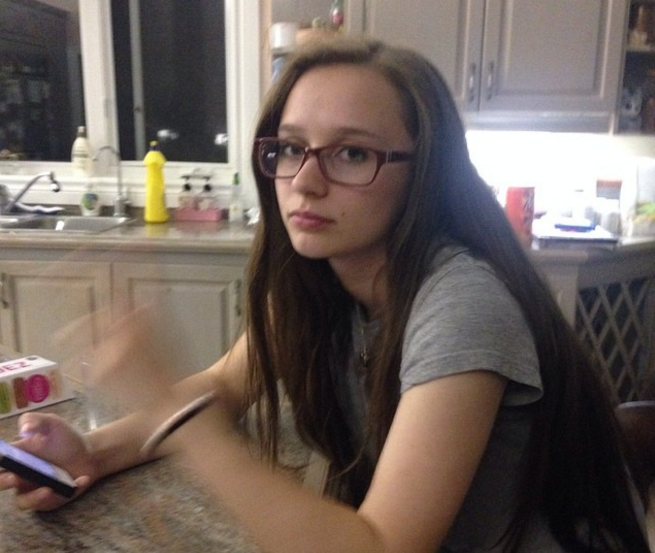