CraveTV: How it Compares with Giant Rival Netflix

How Does the New Kid on the Streaming Block Compare to Netflix's Monolith? We all know Netflix. If we don't have it loaded on all our devices we've at least watched it somewhere, or at the very minimum we've heard about it. This is a digital world and on-demand streaming is the new "Must See TV;" the sight of giant televisions at the curb every bulk garbage pick-up day reflect the changing times. We watch our entertainment on tablets and screens more often than not and few people have a standing appointment to see a specific show at a specific time. And why would they? If you can download it at will or stream when you're ready, forget about scheduled viewing.

In addition to Netflix, we also have a few other services available to Canadians. CraveTV is probably next in popularity; it's parented by Bell Media and similar in price to Netflix for Canadian subscribers (about $8 per month.) If you're a Bell cable services subscriber, you may already have access - check your listings and contract. I recently downloaded it because the offerings are a good fit with my family's taste: namely, my 11 year-old son who cannot get enough of TV shows about blowing shit up, and all seven seasons of MythBusters are on CraveTV (as I discovered after receiving a kabillion dollar internet bill.) CraveTV also features shows you can't get through Netflix.

To us it wasn't a matter of choosing one or the other - it was simply a second helping of delicious mashed potatoes at the viewing potluck.

CraveTV looks and function similarly when compared to Netflix, esthetically speaking. The minimal text and graphics-driven homepage is more user friendly on my iPad than my laptop, but either way is easy to view once you get started. In some ways it's even easier to navigate than Netflix. CraveTV has even stepped into the original programming arena with shows like Letterkenny, a funny and cerebral new show which also happens to be very sweary and creative in its cursing, so yeah, it's a must-watch.

Where Netflix offers a broad range of cable-only programming, they are missing a lot from the current zeitgeist. CraveTV has some partners specifically in mind for their viewers —  CraveTV works with Showtime, which means you can watch Billions, Ray Donovan, Homeland, Nurse Jackie The Opposite of Sex, and other Showtime documentaries and specials. HBO shows on CraveTV have a more retro vibe, but no complaints here when the entire series run of Sopranos, Six Feet Under, Sex and the City, and Band of Brothers (and more) are still binge-worthy. You'll love the HBO film selection (The Terry Fox Story, Real Women Have Curves, Temple Grandin) especially if you've never had HBO as part of a cable package. I have weekends earmarked for HBO movie watching until my son's high school graduation ceremony and he's 11. But CraveTV isn't perfect: I've had a few loading issues (but to be fair, not enough to make me mad - yet) and the catalogue isn't as large as Netflix's but it is growing. Much as Netflix does, Crave has frequent new releases and they're decent. Where Netflix has a large movie database, there are no movies on CraveTV outside of the HBO or Showtime films, and some of the series they offer are playing in perpetuity on cable anyway. However, I liked being able to watch all seasons of Seinfeld or Cheers chronologically, and without commercials. It's a nice throwback and my teenage daughter is now a Frasier fan, thanks to the service. Newer shows like The Goldbergs and Big Bang Theory are available too, so we saved money not having to purchase them through iTunes. We could stream from the network provider but not all American networks have Canadian syndication partners so CraveTV is a simple way to circumvent this roadblock. There's also no kids-specific content, but honestly, to me that was a plus. It's just one more reason I won't have to fight for tablet time with my kids. Plus, the less Paw Patrol music we need to hear, the better.

All told, I'm happy with what the $7.99 a month gets me, although now that my son has discovered CraveTV has Star Trek originals, I may need to increase my wifi package to unlimited. 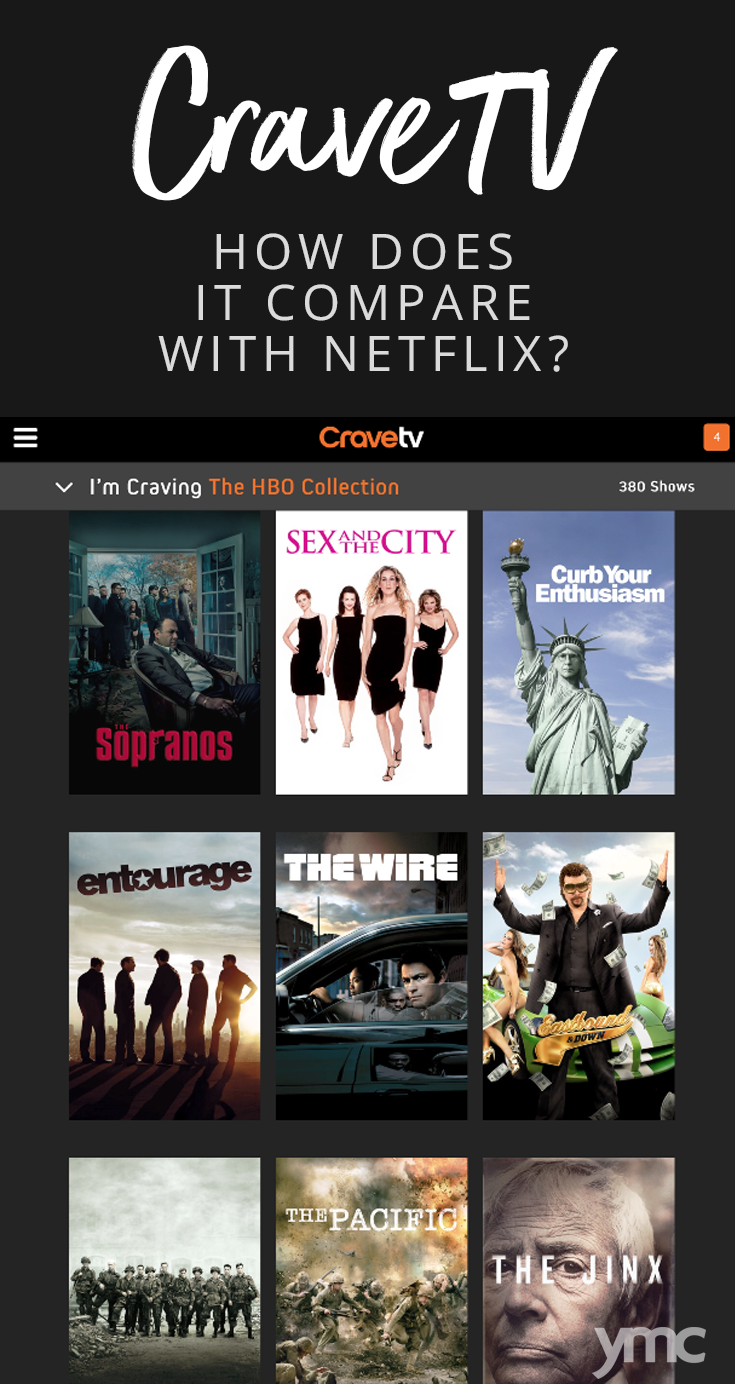