...and it's no picnic for my family, either. 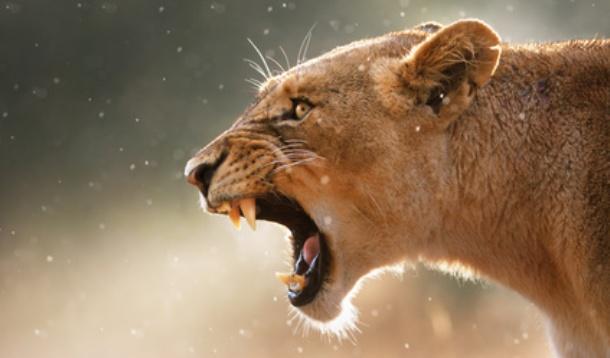 Ever since I’ve had my 40th birthday (to say I “celebrated” may be a bit enthusiastic), I'm finding that for a few days each month I seem, well, a bit moodier than usual. To be clear, I should say I've never been one of those women who says, “PMS? Me? Nope. Not here!” when in reality for three or four days every month she is making her co-workers pee their pants with fear if GOD FORBID there is no Splenda at the coffee machine. That is not me. I owned my PMS when I was younger. It was mild, at best. Compared to now, PMS in your 20s and early 30s is like watching a fluffy kitten mewing at an empty milk bowl, then falling asleep on a warm towel.

Then come your forties. Toodle-loo, mostly benign PMS symptoms; your asshole uncle is in town and he's here for like a whole fucking week while his shitty apartment is being fumigated!

Shortly after my fourth decade began, I noticed something was amiss. I found myself eating margarita salt straight from the container and yelling at the hamsters for not helping out enough around the house. Starting the month after my last birthday (#43), I was definitely getting a bit more peeved than usual on certain days, over fairly basic behaviours, like someone chewing audibly. I’m not talking about the“I don't like that...” kind of irritated. It was more like a “I'm going to burn your garage down tonight and make S'mores in the flickering flames of what used to be your children's bicycles” sorta-mad.

All of a sudden, people standing behind me in line at the grocery store were breathing too loudly, forgetting to wear deodorant, and just plain existing without my implicit permission. And don’t think I’m not letting them know about it either. And don’t try to make me feel remotely better by saying that I am “suffering” from PMS, BECAUSE I AM NOT THE ONE SUFFERING.

That pleasure is reserved for those unlucky souls around me. One teeny little verbal scathing to a perfect stranger at a stoplight for pausing too long at the green signal sends my daughter running for the calendar. If she finds a red “X” there, she gathers rations and retreats to her room, where she curls into the fetal position for a few days. There are ways to deal with me, however. It’s simple really - just do what I say, and do it RIGHT FUCKING NOW. And for your own sake, do it EXACTLY as I tell you to. Helmets and protective lenses are optional, but advised.

Last month some unlucky collection agent picked the short straw and the wrong day to dial my number. I had paid my cell phone bill 10 minutes late and therefore apparently deserved to be hounded, harassed, and hung out to dry. But by the end of our call she had offered to pay the bill on my behalf, and somehow I had ended up with 150 extra free monthly minutes and a tote bag/umbrella was on its way to me via FedEx Overnight.

No one is safe from my foul mood and even though I can hear the words coming out of mouth, I feel ba...no, wait. I don't feel bad. When I am saying and feeling "the terrible," I don't even care, because I am itchy on the inside and nothing fits and there's none of that IPA beer I like left in the fridge and who the fuck hung the toilet paper OVER the roll?

I may be sorry after the storm has subsided, but as long as the rain of PMS wrath is coming down, I feel nothing but frustration and semi-restrained contempt.

If PMS is exponential in strength and it continues to increase throughout out my 40s until the sweet release of menopause, please keep this information from me and my family/friends. It will only cause them to look for alternatives to being around me for the next decade or so and I need them here to get me stuff. YOU GOT THAT? 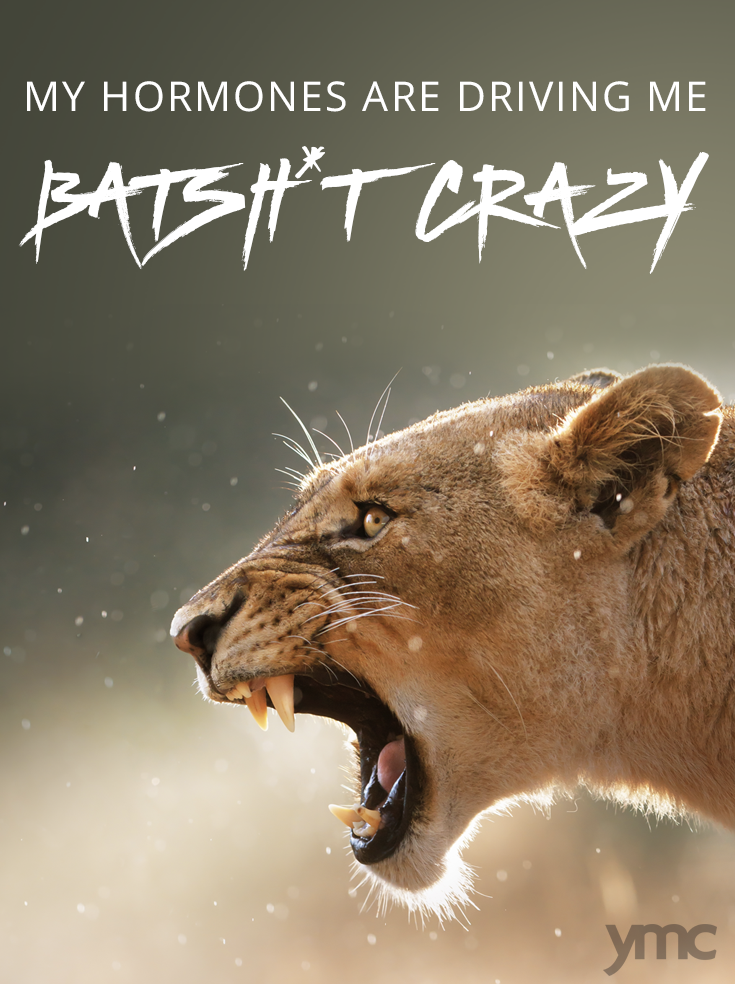 Jeni Marinucci: Panic Button Years Got a Toddler in the House? These GIFS Totally Feel Your Life Right Now