Aziz Ansari is Master in this new Netflix series 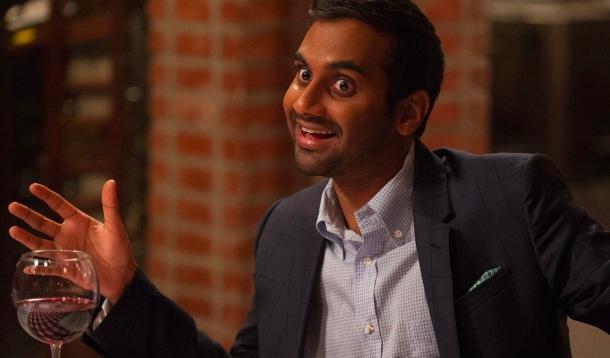 You know Aziz Ansari. Next to Amy Poehler's Leslie Knope on Parks and Recreation, Ansari's turn as the budget-playboy pertinacious entrepreneur Thomas Montgomery Haverford was the real draw of the show. In his new Netflix series Master of None,  Ansari shows he has the chops to carry his own ensemble show — he's an amazing writer, he offers incredibly smart and funny social commentary, and he demonstrates at once that he is both confident and full of aww, shucks likability.

And now his Master of None is a must-watch. Ansari and writing/production partner Alan Yang are working with Netflix as a production team for the series, a series for which I will repeat you should frantically tune in to, like, now. Fake a flu, or "forget" an appointment, because it's a binge-watcher, for sure. The series comes in 10 parts, and although a new season has been approved and promised by both Netflix and Ansari/Yang, there is no release date as of yet, and while I'd neglect my kids any other day to watch another season, I'm glad for the reprieve so I can fully absorb the glory I just finished.

I started the show on recent Sunday (OKAY FINE IT WAS LAST SUNDAY), a day I usually reserve for cooking and family and chores. No one was fed, the house fell down around my ears, and one of my children still won't come when I call. Was the 5 hour binge-watch worth it?

I'd do it again and probably will, so these kids better learn to make their own grilled cheese sandwiches, let's leave it at that.

Let's get you up to speed on Master of None:

Dev Shah (Ansari) is a working actor in NYC, and he's doing well. He has work, gets laid without difficulty, and he has good friends. He can afford to go out yet his apartment isn't obscenely large for NYC and his income isn't a plot issue which is refreshing because saying screw it to that old trope leaves room for storylines beyond the typical "struggling NYC artist." (That's so Joey on Friends.)

Dev and his friends (an eclectic bunch including Noel Wells, Eric Wareheim, Lena Waithe, and Kelvin Yu) are all millennials in their late 20s and early 30s — the type who will miss a great taco opportunity because they can't decide which Yelp review has more merit, and who haven't spoken to a human face in a "store" in years. But it's not obnoxious and I sort of want to not speak to faces in stores anymore either, so I feel ya, Dev.

Dev and his friends are what I call "good people." They're not unflawed, and sometimes they conduct themselves like assholes, but there's an underpinning of genuine respect for their fellow human beings (as evidenced in the "jerking off on the subway" episode) that shines through and makes Master of None truly binge-worthy because the series functions much as a modern equivalent of a conduct manual, except instead of scaring you witless with anti-masturbation propaganda, Master of None reminds us to use our loud, outdoor voices when we see bullshit happening.

What do Dev and his friends want? What are they looking for? Nothing unlike what everyone else wants: to love and be loved, not ending up alone in a musty retirement building, getting laid with decent regularity, and some great food truck tacos.

RELATED: When is Your Favourite Netflix Show Coming Back?