...and it's coming at you live 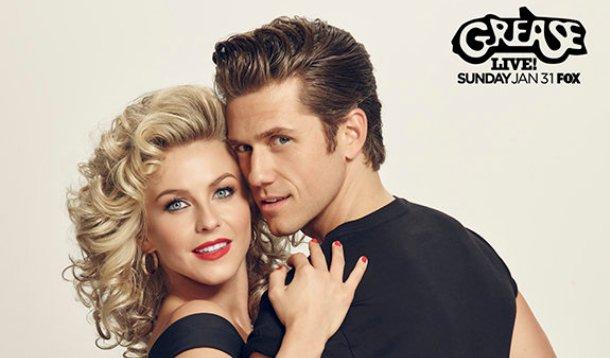 Show of hands: who here counts Grease as one of their all-time favourite movies? It's probably one of the best movie interpretations of a Broadway musical and although it's set in the 1950s, this story has staying power and cross-generational appeal with its central message of "Want a boyfriend? Get some tight pants." It's a timeless message, really.

Clearly the franchise still has a place in the current pop culture zeitgeist because Grease is now coming to TV, and it's coming live, and it's coming soon! So power down the Netflix connection, and fire up the popcorn machine! (Or crack a bottle of gin, whatever; choose your poison.) Close the laptop and hand the iPad to the toddler and make sure you paid the cable bill because regular old-timey appointment television is where it's at right now - or at least until February. 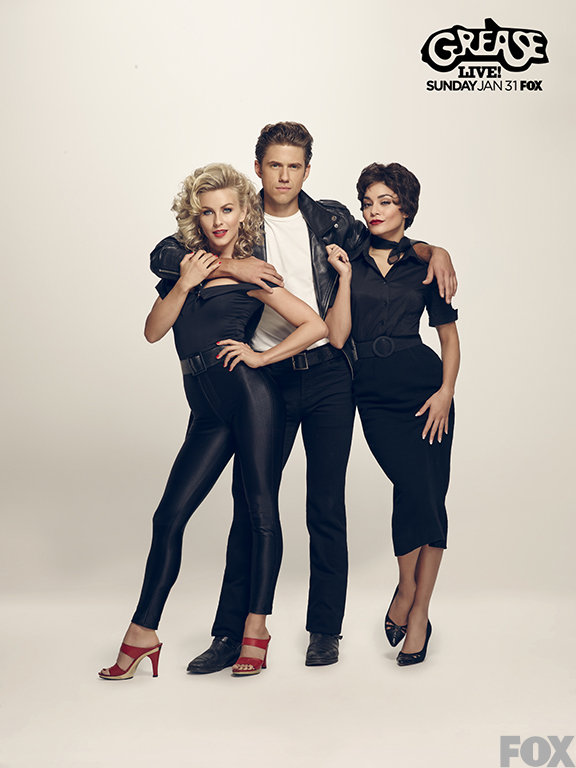 They nailed the look, I'll give them that.

The behind-the-scenes clips look promising, but as with any live musical number, there are bound to be some hiccups. (Remember the live Peter Pan? Oh dear god, please FOX, don't let Grease Live be this year's Peter Pan. Think more this past December's live version of The Wiz on NBC. That one was good. Again: less Pan, More Wiz.)

At least there are no high-flying numbers to coordinate on live camera, although truthfully, the prospect of watching a mid-air collision while trying to hold a high C would have added to the drama factor. Oh! But wait! There's the flying car scene at the end, and I swear ta gawd if they flake out on what is one of the best ending scenes in a movie ever, I will be sending some strongly worded tweets to the suits at FOX.

No matter what happens, Grease Live will be set on several stages and sets, including outdoors, so despite weather challenges, the show must continue.

RELATED: 17 Movies Your Need to Watch with Your Kids