The Pursuit of Fun is Ruining Our Children 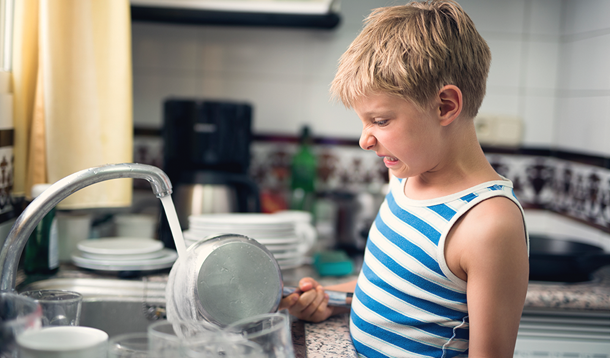 You’d think that technology or social media or violent video games or predators were the biggest threat to our children. It’s worse, folks. The biggest risk to our children’s well-being is much more insidious and it hides in the skin of a hungry and vicious wolf. It is “fun,” and fun will eat your children.

Because fun? Fun is really, really bad for kids.

If something isn’t “fun,” kids don’t want to do it (mine included). Unfortunately, a large majority of things that need to be done aren’t fun. Society’s relentless pursuit of fun - aka Let’s Make Life A Giant Carnival Cream Puff Bouncy Castle - is hindering my ability to effectively parent my children while imparting any sense of reality about the world. This “fun” shit? I don’t like it. Not everything is meant to be fun. Like “work” for example. If – as a consequence of its nature – your job happens to be fun, that’s great! You’re one of the lucky ones. I’m happy for you; really. Now please get back to your cubicle at the candy-tester factory.

My point is that not everything is fun, or should be fun. When we try to fool our kids into thinking it is, we’re setting them up for some serious disappointment when they leave our homes for the real world. (Spoiler: the real world can be a real asshole.)

The other day I told my kids we were going out for dinner. Their response should have been something along the lines of “Thanks, Mom! It certainly is kind of you to take us for a dinner out. What a rare and unexpected treat! We love you best!” Instead I endured a 20-minute conversation about restaurant selection based on the most important criteria of all: which establishment offered the best treasure box after the meal. The food could have been fabulous, the service impeccable, but if my kids weren’t walking away with coloring books or a sticky slapper hand after, it was all for naught. This is not the type of discerning diner or future dater I wish to raise.

Some things are not meant to be fun; like a trip to the dentist, for instance. I should have realized dental care was becoming too much fun years ago, because whenever I announced a check-up appointment my children would high-five each other. At our dental office after each successful cleaning appointment, children are taken to the “Prize Table.” The prize table is huge and covered with all sorts of crap that will soon be living in my vacuum canister in a dusty heap with errant Cheerios, Lego pieces, and my hopes and dreams. Sitting in the dental chair for an hour twice a year now earns you a Sponge Bob pencil and a Gooey Eyeball. That Gooey Eyeball was in my son’s possession less than an hour before it found a permanent home on my bedroom ceiling, where it is now stares at me with a lint-covered cloudy pupil while I’m getting dressed. Thanks, Dr. Brown! You make me long for the good ole days when dentists hated children.

I don’t have a complete aversion to fun. Fun is important, and when I see it forming organically, I don’t shut it down. If my kids find a way to make taking the garbage to the curb enjoyable, or cutting the lawn bearable, I let them roll with it. That’s self-created fun, and it’s an excellent coping skill for the future. Kids need to learn that sometimes (most of the time) the result is the reward. Work hard and enjoy the benefits which arise from that effort. Maybe the outcome will be fun, and maybe it won’t. Maybe the only consequence of a dogged effort will be knowing you did your best and that will have to suffice. I’ll throw you a party on your birthday and for your graduation, but don’t expect a festival because you earned a new belt in Jiu Jitsu. You won’t get a bubble machine or a cake, but you can break a jerk’s arm in six different and painful ways, and really, is there anything better than that?

My daughter complains constantly that her chores are not fun. I take this with a grain of salt because she is 16 years old and nothing is fun except going to the mall or making Vine videos of opening a grilled cheese sandwich for her Twitter followers. I am fully aware that emptying the dishwasher and dusting bookshelves are not fun; I’ve been doing these things for over 35 years. They’re not fun. They never were, and they never will be. I hate doing them, and that’s why I make her do it. It’s the circle of life and I’ve assured her that one day she may be lucky enough to have children to do her chores as well. I’m pretty sure it’s all that keeps her going. It’s also furnishing her with pragmatic expectations for the future. My kids aren’t perfect. (Seriously; I have stories). But they work hard most of the time and they know: I don’t pay for grades, I don’t turn mind-numbing chores into scavenger hunts, and I don’t give rewards when they acquiesce to vaccinations. You want a gift for sitting still for your tetanus shot? Okay! Here’s some “Not Getting Lock-Jaw” for you!

It’s time to take artificially constructed fun out of childhood, because we are creating a gratification-seeking populace who won’t do anything unless there’s the promise of a chocolate milkshake afterwards. I can reasonably assert that our kid’s future middle-management supervisors are not going to offer them a trip to a treasure box for cardboard crowns when they close the Anderson file.

If we tell kids to pretend they’re scullery maids in a King’s kitchen when they’re scrubbing pots and pans, we are removing their chance to create their own fantasies. Doing dishes can be a time to sing show tunes or imagine ways to run away, or to just do the dishes. By making every chore and job fun we prohibit a child’s ability to seek joy on their own terms. If someone tells you what to pretend, is that pretending at all? That’s imagination restriction, and that blows. If kids make fun on their own while working, that’s awesome! But parents constant pursuit of fun for their children is a misguided attempt to bring joy to kid’s lives and while it’s admirable, it’s very harmful. It’s like Charlie Sheen continuing to make sitcoms; we may understand the motivation behind the endeavor, but ultimately it’s better if no one is exposed to that shit.