How To Shop For Seasonal Clothing With Your Teenager

A Tale Of Winter Woe 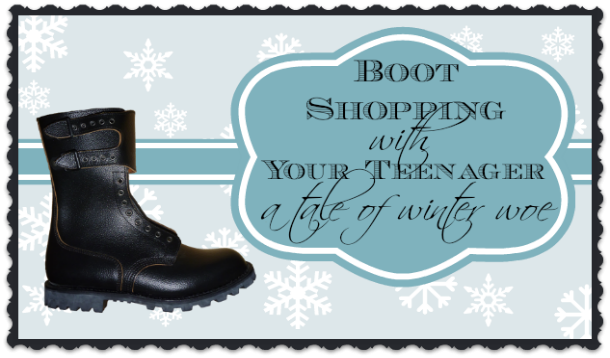 My teenager daughter needs warm boots for the coming onslaught of winter. Last year she attempted to make it through the season with only a pair of Keds and positive thinking and hahaha she’s lucky her nickname wasn’t "Seven Toe Charlie" by the time spring thaw arrived. But as much as I want her to have proper winter gear, the truth is that new boots means shopping with a teenager. And shopping with a teenager for a necessary snow wear item is a whole new ballgame. The kicker is the “necessity” part, because you have to get this thing and you can't stop until achievement unlocked, and that's the part that takes you deep into the Parenting Rings of Hell.

Shopping means malls. "Malls" rhymes with "balls" for a reason and that reason is they both smell like mustard and I only put my face near them when it is absolutely necessary, or on birthdays.

I love my daughter, but she is almost 16 years old and she is easily distracted by shiny objects, including her own hair. Going to the mall with her to buy winter boots on a Saturday afternoon ranks somewhere on my “Wanna Do” list between watching Grease 2 and having an IUD removed by "the new guy." Taking her to buy clothing of any sort is painful, and I understand pain: I’ve had a few root canals in my day and I gave birth once with no drugs while my partner refused to confirm he would follow through with my request for a roast beef and red onion sandwich when this shit was over.

I just gave you a son. GIVE ME A GODDAMN SANDWICH.

Okay; back to the matter at hand. Err...foot. 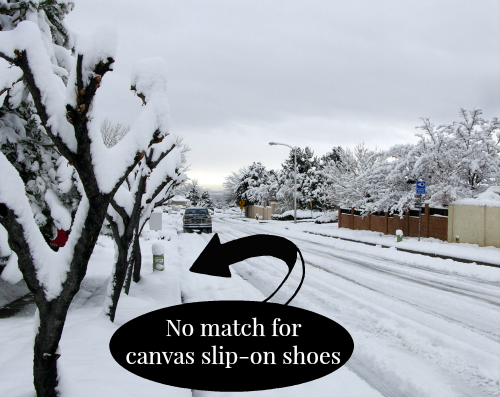 And so we went shopping. On the way to the mall I reiterated the few requirements I had for winter footwear. I am concerned mainly with their climate suitability because where we live it is not unheard of to miss work or school on account of not being able to find your car because it's buried under a mountain of snow. She needs boots that are both warm and waterproof. Living in Canada, you’d think that this task would be easily accomplished. But she is a petite young woman and has tiny feet which means we often have to look in the children’s section and it seems children’s clothing designers — boot designers in particular — are uninterested with the concept of combining fashion and function.

For myself, I could care less. I wear knee-high rubber soled Sorels. I just want to be warm. (For transparency sake, let it be known that I also wear purple velour during daylight hours and still mourn the death of the scrunchie.) We look and look and we have found warm boots, and we have found funky boots, but it appears that never the twain shall meet.

That she found nothing she liked is no surprise to anyone who knows or was a teenager. Everything we looked at was either too shiny, too tall, had too many zippers, or ‘stupid laces.’ They felt itchy, someone else had the same pair, they didn’t ‘speak to her,’ were too colorful, or too plain. At one point I swear she declared, “But I can’t pick these ones because I haven’t made you cry yet!”  I explained to her how lucky we are to at least be able to buy proper footwear and to consider for a moment how it must feel for kids with no such privilege, and how they'd have to walk to school in the snow wearing nothing but a thin pair of Keds. Except this tactic wouldn't work because that’s exactly what she wants to do.

After three hours and two extra-large peppermint mochas, restraining my caffeine-fuelled impatience was nearly impossible. We were at the fifth store of the day, and Twitter told me snow had already fallen in the not-too-distant north. Things were reaching crisis level. DefCon Boot Level One Imminent Meltdown Approacheth. I threatened to make her wear wool socks with plastic grocery bag liners in an old pair of Crocs when she finally settled on a pair of boots. (Which was a good thing because the wool socks were already in the cart.)

As we were leaving she put her arm around me and said, “I’m proud of you, Mom.”

“You really held it together in there. You didn’t get too mad, or even yell very loud.” I guess she hadn’t seen me popping blood pressure pills like Tic Tacs under the old lady underpants clearance rack. I was careful this time, because I’ve been conscious of department store security cameras since The Great Walmart Lunchbox Aisle Catastrophe of ’11. At any rate, this was a shopping trip that didn’t end with a security guard in tears and me with three broken fingernails. And we left with a pair of suitable boots, so all in all I guess it was a win.

Now she needs a new winter coat and a possibly some snow pants, and quite frankly I don’t know if I’m up to the task. Wherever we go, I’ll be sure to stay in highly visible areas, because security cameras not only deter shoplifting, they also make for better parenting.

Hey there, fellow parent-of-a-teen. It's okay; you can come closer. I won't slam the door in your face or roll my eyes at you. This is a safe place. Go hide in the bathroom and get comfy — I've got some more stuff for you to read:

Do Your Teenagers Know HIV Is a STD? You Better Check