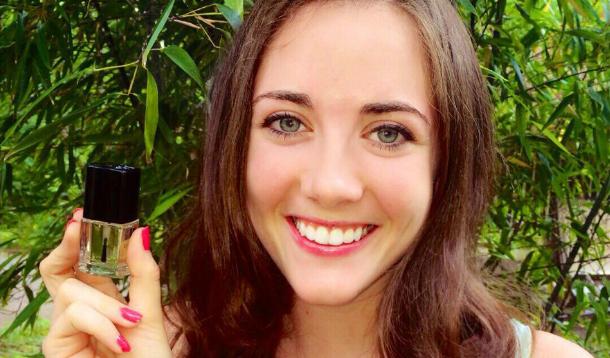 A group of four enterprising — and no doubt intelligent and talented — engineering students at North Carolina State University have created a product that they hope will be a great help in preventing date rape. The product, a clear-coat nail polish called "Undercover Colors," can be worn alone or over regular nail color and is virtually indistinguishable from regular varnishes. It works by identifying the presence of Rohypnol, Xanax and GHB- know to be used as "date rape" drugs" — in a drink. If a polished fingertip is dipped or stirred into a liquid containing these substances, a color change will occur and you can act accordingly. (One hopes it involves the delivery of a swift kick to the squishy underpants area.)

Undercover Colors co-founder Ankesh Madan told Higher Education Works that the company approaches date-rape with a prevention slant: “All of us have been close to someone who has been through the terrible experience, and we began to focus on finding a way to help prevent the crime,” he said in an interview. “We wanted to focus on preventive solutions, especially those that could be integrated into products that women already use. And so the idea of creating a nail polish that detects date rape drugs was born.”

Admittedly, the student's goal is an admirable one. Slightly naive, misguided, kinda sexist, and wrong, but begrudgingly admirable. Undercover Colors and the concept have admirers however (over 24,000 Facebook fans at publication), and comments on their fan page are numerous. They range from cringe-worthy to the outright Whiskey-Tango-Foxtrot: "I will buy an entire carton for my grand daughter . . . . . she is more precious than gold to me!" or "Heroic in a way."

The group says "While date rape drugs are often used to facilitate sexual assault, very little science exists for their detection.  Our goal is to invent technologies that empower women to protect themselves from this heinous and quietly pervasive crime." They've got the heinous part right, but we need to think beyond "detection." Wouldn't empowering women be best accomplished by ensuring their safety to conduct their daily activities as they see fit without limitation or special nailpolish?

The invention is a scientific boon and that undergrad students were resourceful enough to commit to its development when legions of their academic counterparts are stoned and watching "Adventure Time" in their underwear is commendable. But the nail polish brings to light a bigger, larger, more important issue: Women should not ever be put in a role of assumptive responsibility in preventing their own rapes.

One more time for the peeps in the cheap seats: IT IS NOT A WOMAN'S JOB TO ENSURE YOU DON'T RAPE HER.

I was an English major in University and lack any scientific skill beyond that time I made a Diet Coke/Mentos volcano with my kids, but I think I can come up with a pretty awesome date rape preventative of my own: Don't rape people, asshole.