It's Never Going to Happen, Is it? 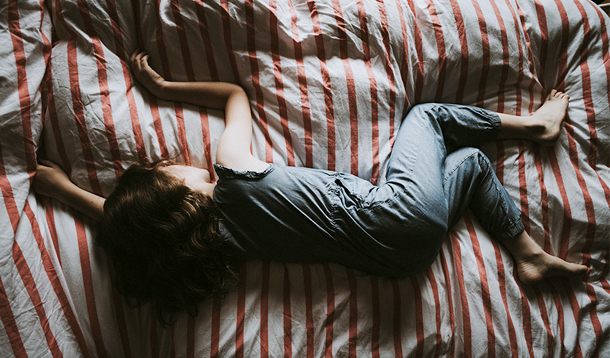 My teenager sleeps until noon or later on a regular basis. It’s a point of contention in our relationship but I’m learning to let it go because I realized that more sleep = less fighting and I’m all about less eye-rolls these days. Fifteen-and-a-half is kicking my ass 100 times harder than two or four or seven-and-three-quarters, but I can honestly say that sleep and sleep issues have never been an issue for my daughter.

The boy, however, is another story. He’s almost sleeping through the night on his own and at 100-and-something months old he’s right on track, yes?

The problem stems from my need to be on nightly vampire look-out duty  for almost the past year. It's now at the point where neither of us even remembers exactly why or when it started, only that it's the way it is now.  When my son spends the night at his dad's house and I get to sleep in my own bed my back hurts because my muscle memory is gone in regards to that mattress. I no longer recall what it’s like to snooze atop a Sealy "Comfort Sleep Pillow Top" queen. Nope; my spine now only recognizes the lumps of an Ikea "Who Cares If It Gets Pissed On" twin. I lay down with him at bedtime (to guard against vampires) and inevitably fall asleep. I then either: a.) wake up at midnight, thoroughly refreshed from a three-hour "nap," only to crash at 6am when normal people's days begin; or, b.) wake up at 9am cuddled up to a snuggly fleece-clad child, well-rested but covered in elbow-size bruises from nocturnal jabbing.

I have to start sleeping in my own bed again. Otherwise how will I get used to being alone forever? Really, I'm just spoiling myself. So I've consulted experts in the field (a lady at the liquor store) and experienced veterans (my Gramma,) considered their sage advice and come up with the following list for getting your child to sleep at a decent hour, in their own bed.

Good luck. I'll be having an afternoon exhaustion nap on the couch if you need me.

If you've tried these tips and nothing seems to be working, rest assured: Your child will not sleep with you forever. Once they're married, their spouse will probably put an end to it.

RELATED: Your Teens and Their Friends: A Whole New Ballgame