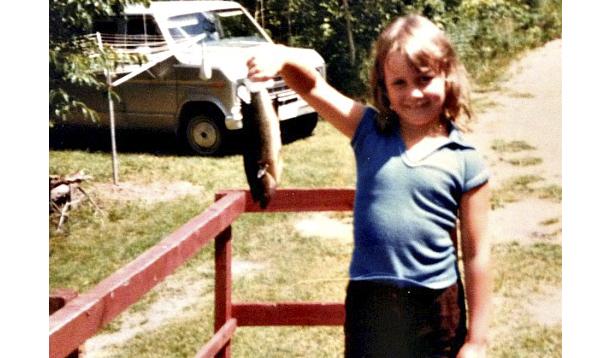 I was born in 1973. Pierre Trudeau was the Prime Minister, a carton of eggs cost 45 cents, and construction began on the CN Tower in Toronto, so future families could travel 114 stories up an elevator to experience being nauseous at 1100 feet.

We weren’t poor—not in the way some others were. We didn’t have new coats every winter, but we had coats, and that was more than some of my classmates could say. My sister and I lived in a bungalow with my father in a nice neighbourhood, but the newer houses had paved driveways. Those kids could ride their bikes on theirs, but we found fossils in ours, and we were sure we were discovering forgotten ancient species. That was worth the skinned knees and dusty hands they required.

The house was simple and clean, but no one planted flowers, and whatever car sat in the driveway leaked oil. My sister and I started the car once—far too young to do so, but not so old that we knew better—because we wanted to listen to the radio. Being young and almost certainly at least temporarily stupid, we did not understand the concept of manual transmission, yet somehow pushed the right pedals in the right order and promptly smashed the car into the fence. We also lit the backyard on fire, using gasoline meant for the lawnmower, to start the uncooperative charcoal BBQ. It worked to both cook the frozen steak and also in that it eliminated the need for a lawnmower for the season. I guess the takeaway here is that when I was young, parents left their children unsupervised and with access to flammable materials.

I had a pair of hand-me-down roller skates with a key I wore around my neck on a piece of twine (choking hazard), I was allowed to return glass pop bottles for the 10 cent refund (possible breakage), and I ate sandwiches my Gramma made me using cracked wheat bread and corn syrup (diabetes). If there is a God, he is currently busy giving her all the roller sets she desires as payback for those delicious sandwiches. My sister and I ate mountains of those sandwiches while we stuffed and rolled her cigarettes on her fancy cigarette machine.

Do you remember Strawberry Shortcake? My friend down the street had the whole collection and the travelling case. She also had two parents and a matching bedroom set from Sears, so the Shortcake gang wasn’t the primary reason I hated her. I had a Barbie castle, but it smelled of stale beer, because I made it myself from empty 2-4 cases. I loved it more than I could love a plastic one, and my memories of growing up—even the bad ones—don’t revolve around the material things I missed. Except Cougar boots—being a child in 1982 and not owning a pair of tan lace-up cougar boots with the red lining was like having a scarlet letter on your chest. I would have built myself a beer case house to live in if it meant I could have a pair of those boots.

I watched Sha-Na-Na and I ran around saying things like, “Wonder Twin powers, ACTIVATE!” And I was scared of Russia, and my father needed quiet when the news was on, and on Friday nights if I was very, very quiet and sunk down low in the recliner chair, he would forget I was awake and I could stay up to watch The Love Boat and Fantasy Island. He would smoke at the table and I would pretend to be sleeping during the opening credits. The house smelled like cigarettes and the Lestoil cleaner we used to mop the kitchen floor, and Fridays were my favourite.

When I think about my childhood, it doesn’t smell like Strawberry Shortcake. It smells like clean linoleum and empty beer cases and fresh-rolled cigarettes and burnt grass. 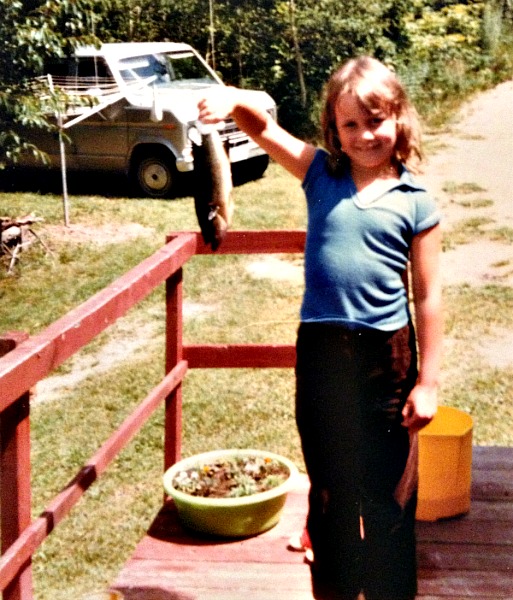 Missing the good ol' days? Check out "Top 5 Classic Childhood Games," "5 Favourite Books From My Childhood," and "5 Childhood Moments That Have Become Extinct."