ALL THE THINGS THAT ARE "THINGS" YOU DIDN'T KNOW WERE "THINGS" 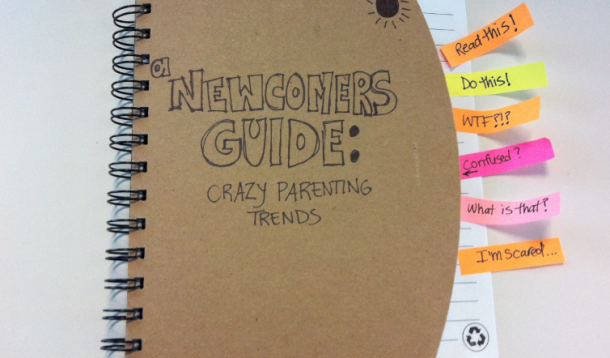 You have so many new things to learn! Your head is spinning! Your hormones are raging! There are so many books to read, websites to visit, and everyone has an opinion on everything.

You wish you could just crawl into a hole and then 9 months later (actually 10, surprise!) emerge with cute pink cooing baby. But no. No, no no no no. There is a lot of crap in between, and you'll need to learn it all (no you don't).

But here, let me take your trembling hand and introduce you to some of the trends and "things that are things that you didn't know were even THINGS" before you got pregnant. You'll be the smartest and most in-touch cool kid on the pregnancy block in no time.

Online Pregnancy Forums and all of the ACRONYMS!

Firstly, this is something I strongly suggest: find an online community, and start chatting. Ask questions, make connections and get involved. There are many forums out there, so pick one. Or ten. You don't need to be online all the time, but it's great to have a community of moms/moms-to-be to ask questions. You'll feel less alone. "Who else has hemorrhoids?" Trust me.

But once you join a group, there will be so many damn acronyms your head will spin. You'll feel like you need to take an ASL course (no not American Sign Language — ACRONYMS as a SECOND LANGUAGE). So here, let me break down a few for you.

To be honest, I find these acronyms really irritating, and I personally refuse to use them. Ever. Ever. Ever. BUT, it is helpful to know what they mean.

Unique ways to reveal your pregnancy on FB/Social Media

Just have a look on Pinterest. Or type "ideas for pregnancy reveals" into Google. Tons of unique ideas will pop up. It's now a "thing" where people put a lot of time, effort, and energy into HOW they're going to announce on Facebook/Social Media that they are pregnant. From pictures of baby shoes to elaborate photoshopped creations — people are REALLY into this.

My suggestion? A FB status that reads: "I'm with child. Now you know." or "Knocked Up. Not the movie."

But hey, I'm a bit of a Plain Jane sometimes.

Personally, my husband and I like waiting to find out the gender, but a lot of people (I'd say most people) like to find out if they're having a boy or a girl. On top of that, a lot of people are turning this "finding out the gender" into a fun party to throw with family and friends (often combined as a baby-shower, of sorts). They'll get the doctor or midwife to write down the gender of the baby in a sealed envelope. Then they will give that envelope to a family member or cake decorator and it won't be until the DAY OF THE PARTY that the parents find out the gender of their own child. This surprise can be revealed through a cake (they cut into it and...surprise — it's pink!) or through opening a box of balloons (surprise — they're blue!). Again, you can find many original ideas on how to throw a gender reveal party online.

I think it's a neat idea if you're going to find out, but hey, I'm a sucker for parties. Any excuse to have the people I love in one room surrounded by small bite-sized foods and cake. And wine. That I can't have. *sigh*

This isn't a new trend, per-se, but there seems to be a trend in poses for maternity photoshoots. The first one that comes to mind is the classic "heart shaped hand" over the belly button. Or the "wearing fabric while standing in front of a fan" pose. There is also the "baby blocks on my belly" photo. I've also seen some really original photos: women floating in water during sunset, dark silhouettes against a light background, or my favourites: the older sibling kissing Mom's belly (it's not very original — but it warms my heart).

I have an idea for a my maternity photoshoot this time around: Tyler will dress up as a delivery man, and I'll plaster myself in packing tape. Then he can wheel me out on a dolly with my protruding belly that says "Fragile. Special Delivery." I'm not kidding. This needs to happen...

Because the gift of life isn't enough, many mothers are now asking for "pushing presents" from their partners. "I pushed the baby out, now what did you get me?" Maybe that's just my cynical take on the whole trend, but many mothers have been draped in diamonds and designer hand-bags in the days following the birth of their child. Don't get me wrong, I like presents, but this idea just rubs me the wrong way somehow. Perhaps it's just the name? Pushing Present. Gives me goosebumps and makes me gag a little. And I'm normally such a fan of alliteration...

Now, you've had your baby and you've made it through the first year: hooray! Time to celebrate with an expensive cake. That will get smashed. That's right: SMASHED.

This new trend goes something like this: The 1-year-old dresses in just a diaper, and is sat against a background. A large and colourful cake is placed in front of the child, and their eyes bulge out of their head. They go mental, and smash the cake. Eating it, smearing it into their faces, throwing it, etc... Then a photographer captures the moment, et voila: a cake smash photoshoot.

The result is priceless and hilarious. We didn't do one because I couldn't convince my husband that it made sense to ruin a perfectly good cake, but I still think it's a fun idea :)

AND  there you have it! Your Newcomers Guide to Crazy Ass Parenting Trends.

Tell me, did I miss anything?

Up Again All Night. All The Time. It's A Party.

Up Again All Night. All The Time. It's A Party. 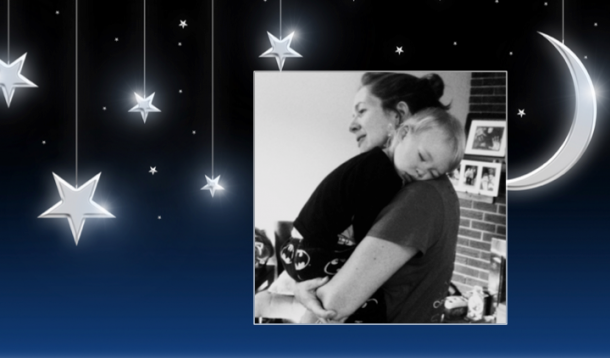 I thought we had finally started to make progress with this whole sleep thing. At 18 months old, Cole was finally starting to sleep "mostly" through the night (waking once or twice) and would sleep in until 6:00am (shut up, that's good for us!) And then...a sinus infection happened. And and ear infection. And an eye infection. And then the cherry on the sundae: a touch of bronchitis.

Sleep went out the window, and we are back to waking three times a night with an early morning "I'm awake but still tired but won't to back to sleep" situation happening every morning around 4:45am. YAWN.

It's always at this final early morning wake-up that Cole is the most amusing/irritating. He so desperately wants to sleep, but he can't quite settle down. I call this act "Wrestling the Tired Alligator."

Here, let me paint you a picture of the scenario:

"Ma-ma-ma-ma!" (I groggily stumble into his room)

"Hi" (he says, then jumps into my arms). We lie down together on his bed. I snuggle him on his side. He reaches down my shirt for my boob. "No boob." I say. He grumbles and whimpers in protest, but knows I won't give in. So he tries to close his eyes. He flips over to the left. He flops over the the right. He climbs on top of me and burrows his head into my shoulder. Now he's on my other side. Flip. Flop. Flip. Flop. His little hand twitches, and wanders up onto my face. He pokes me in the eye. "Eye. Eye." Then I gently take his hand away and try to put pressure on it between our bodies (maybe he has "restless legs" but in his arms?). He stays still for 30 seconds. Maybe he's falling asleep? I begin to get hopeful...NOPE. The arm pulls free, and tickle's it's way up my arm. He finds my nose. He pokes it. "Nose!" His eyes are half shut. His voice is sleepy. This pattern continues for 10...15...20 minutes. I'm tired. "Cole...it's time to go to sleep!" I say in a soft but firm and clearly annoyed voice. He stiffens up, and stops moving. He forces his eyes shut. He's still for 60 seconds. Holy crap, did that just work? Then his foot twitches. And his knee. Then his eyes flicker open. And the wrestling of the sleepy alligator continues for another hour until it's time to get up and get ready for work. Sometimes he will fall back into a light sleep for 20-30 minutes, but not usually.

This has been our morning routine again for the past couple of weeks. I go to bed at 9pm in anticipation of this gong-show we call bedtime. My husband has also been getting up for the wrestling shift at 4:45am, so he's had his share of face pokings and body climbing too. It's only fair that I share the love, right?

But you know what? As exhausting as it is, and as irritated as I get at times (I have said things like, why won't you fucking sleep?!?) all in all...I know that these days will be behind us in the blink of an eye, and in a strange sort of way I will miss wrestling my sweet-smelling sleepy little alligator.

And really, why even have fantasies of a full nights sleep? Baby Warman #2 will be here in six months, so I might as well just stay in the sleepless trenches a little longer and not even tease myself with the idea a rested slumber...

Now excuse me while I go and try to make myself look awake...

To read more of my blog posts regarding sleep (or lack thereof) check out this! Or this one! But then there was the one time I got sleep...Ahhh. Rainbows.