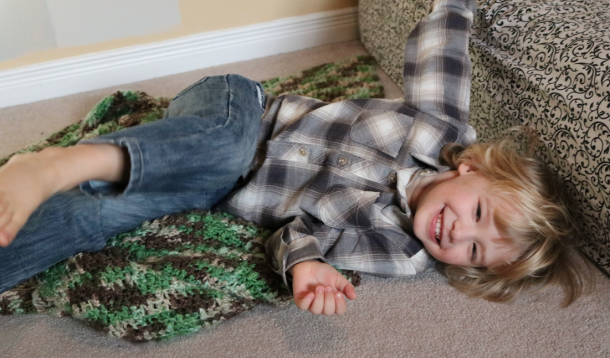 I laugh with my kids a lot. We jump on beds daily. We make huge messes. We bake together, and I let them play in mud puddles fairly often. 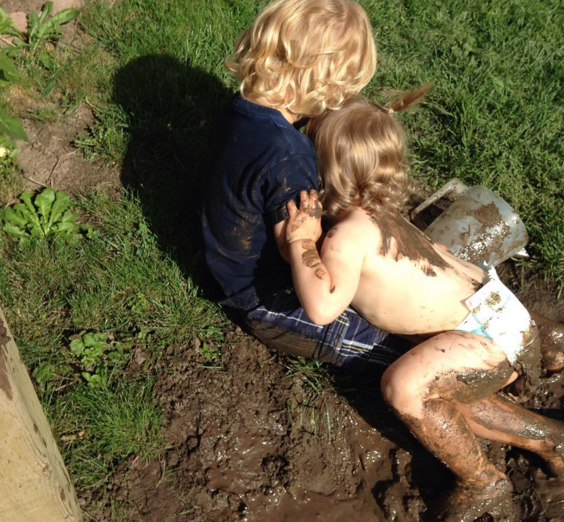 But one thing I've realized lately is that I'm getting annoyed with my 4 year-old son when he's doing things that are totally normal for kids to do.

Like playing with a tree branch that has fallen to the ground and bashing it against a fence until it smashes into smaller pieces.

For him: this is incredibly fun.

For me: this is incredibly annoying.

I want to walk to the park, and his sister is pulling my arm "Let's go!" And he's stopping to...be destructive and smash things? What's next? Skinning squirrels? (I took that too far, too fast, didn't I?)

So I find myself saying things like, "Put that down!" and "Don't do that!" In a tone slightly harsher than I intended. Oops. And then I feel guilty, of course, and remind myself that he needs to do these things. Kids need time to just be kids and not follow rules and be destructive sometimes. Right?

I'm pretty sure it sounds like something that an educated parenting professional would write about "...studies show that children who bash tree branches are 87% more likely to become well adjusted adults who have deeper connections with others...and rarely eat refined sugar."

Yeah, that sounds about right.

So I pick the branch up off the ground, "Oh, why not? - let's have a smashing party!" I begin to growl (because naturally that's how I assume testosterone works?) And for two minutes, we smash a tree branch. Until my daughter gets a little too worked up trying to keep up with her older brother, and almost impales herself.

RELATED: This is Why You Can't Sleep if You're a Parent