The Time My Son Went On A Bath Strike

HE USED TO LOVE THE BATH. THEN ONE DAY, HE DIDN'T. 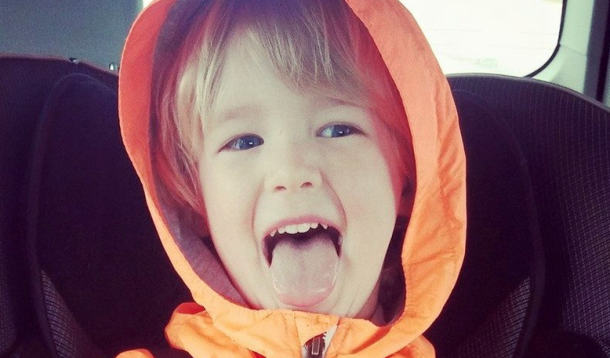 My son, who is three, went on a three-day bath strike - out of nowhere.

All of the sudden, the other night, he refused to get into the tub. "Okay, he is tired." No big deal. He brushed his teeth, and we put him to bed.

The next night, it was the same thing: we went upstairs to get the bath ready, and he flat out refused to get in. No amount of coaxing would convince him. We tried to make it fun. We tried reasoning. Nothing was working. So I wiped the dirtiest spots on his face with a cloth (okay, the end of my sleeve), he brushed his teeth, and went to bed.

On the third night, he was showing signs of anxiety at the thought of even going up to the tub.​ "Uh-oh. Not again." But there is only so much dirt that I can tolerate, and after three days of sweat, sunscreen, and sandbox playing, I knew I had no choice but to bathe my kid - whether he liked it or not.

I started with the usual "let's make it fun" approach. I tried offering a shower instead. I tried asking him why he was refusing a bath. I was getting nowhere, and I was starting to get frustrated. So I did what any good parent would do: I slowly lowered my kicking and flailing child into the bath because his feet were stinky and I was tired.

After nearly dropping him due to the flailing and snot and tears, I realized this was a bad idea and scooped him up in my arms. "Just hold me Mummy!" he pleaded, and my heart broke a little, so I did.

Once the crying subsided to a whimper, I looked down at him and asked for the tenth time, with a hint of frustration, "Cole, why won't you have a bath?

Then he looked up at me as the tears welled in his eyes, "Because of the sliver!" Instantly, he was bawling again.

Suddenly, it all made sense. Earlier in the week, he got a sliver in his foot, and we had said, "After the bath, we'll try to get it out."

So naturally he reasoned: no bath - no sliver removal. Simple.

I squeezed him tightly and thanked him for telling me the truth. Then we made a deal: if he had a bath, I would let the sliver stay in his foot.

Five minutes later, he was up to his elbows in bubbles and all traces of sunscreen and dirt were gone.

We are, however, still left with a piece of wood in my son's foot. It'll work it's way out eventually, right?

(That is a serious question.)

For when they will bathe: How to Stop the Bath Time Tears