5 Things To Say When Being Stitched-Up After Child-Birth 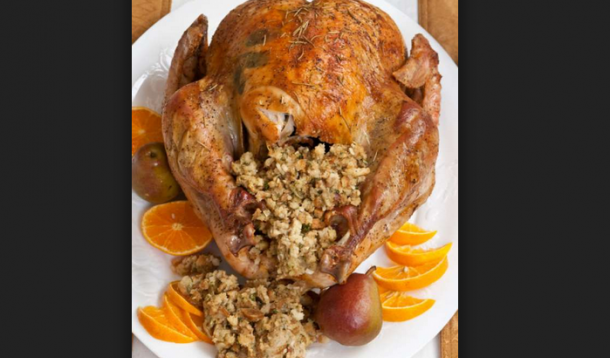 Recently, I met an awesome girl. I liked this girl right away for several reasons: she was friendly, had a genuine smile, and was very open and easy to talk to. After laughing and talking for five minutes, she said this to me:

"Do you want to know what I said to the doctor when she was stitching me up after child birth?"

As if I could possibly like this woman any more?!? Kindred spirits. A girl after my own heart. I thought I was the only one who had a "Do you know what I said while being stitched-up story..."

So of course I laughed and said, "Yes, tell me!"

She smiled, then paused "I said... 'Well there goes my adult film career.'"

I burst out laughing! "What did the Doctor say?"

"Well, she just sort of looked at me weird. No one really laughed. It was awkward."

So in honour of this conversation...

5. "Hey, you're really good at this! Want to come over for Thanksgiving/Christmas/Easter and help me stuff and stitch my turkey? I suck at doing it." (Not only would that be awesome, it would be topical if you gave birth around any of those holidays. If you don't celebrate those holidays, just go with it—don't ruin my joke.)

4. Start signing the Sound of Music with 100% passion: "Sew, a needle pulling thread! La, a note to follow sew!"

3. Ask the doctor/midwife if they could use coloured thread and beads, "Y'know, just to jazz things up a little!"

2. When they're just about done stitching you up, say, "Wait! I think there is something else in there." Then reach down, and perform a clown-like magic trick and pull a very long and colourful string of kerchifs out of your vagina. While humming entertaining circus music. When you are done, make sure to say, "Tah-dah!" and take a bow.

1. And finally, the last and most horrifying thing you could say or do while being stitched up after child-birth would be to pretend that you are actually enjoying it. Orgasmically. That would just be awful and terrible for everyone in the room (but would make for an excellent hidden camera viral video. I'd love to see THAT reaction.) Awk-ward.

Now please, tell me—did you say anything to the doctor/midwife when you were getting sewn up after child-birth? If you didn't need to be sewn up, well then, I hate you just a little bit and will assume that you pooped on your child when giving birth. It's only fair that you get one or the other, in my opinion.