Throwing, Hitting, and Tantrums—Oh My!

THE TALE OF TWO LIMES...AND MY MOTHER'S HEAD 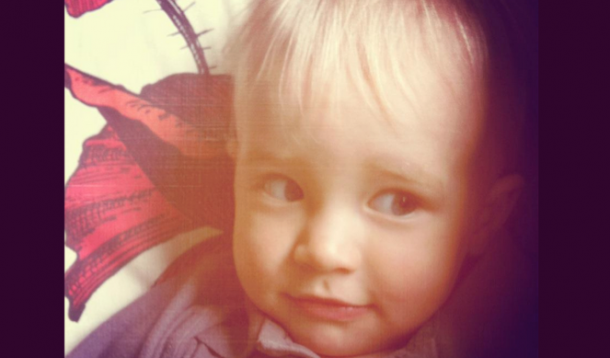 Cole is an incredibly strong and agile little beast.

Despite our secret wishes for him to be interested in crocheting and stamp collecting — I'm pretty sure we have a hardcore athlete on our hands. We're still hoping we can convince him to sign up for an obscure sport like fencing or water polo, but I'm pretty sure our future weekends will be spent at hockey arenas. And soccer fields. And baseball fields. And basketball courts.

Basically — if there is a sport that involves a round object I'm sure Cole will be playing it: the boy likes to throw things.

Last night, it was limes.

At first, he was just clenching them in his fists as he ran around the house. We made it a game. I'd hide the limes under a pillow, and then he'd excitedly run over, like a rabid dog, and retrieve them - frothing from the mouth with the biggest shit-eating grin you've ever seen. His eyes would light up "This game of hide-the-limes is the best thing I've ever experienced in 15 months of life. Let's do it again. Again!" He'd squeal with such delight, I couldn't resist.

So. I'd hide the limes again.

This went on for about 15 minutes, before he decided he was bored.

Then, with impeccable force and accuracy he threw the lime and nailed my mom square in the head. I know I was supposed to get mad at him, but I was instantly reduced to tears. From laughing so hard. I almost peed my pants.

The second lime nails my mom right between the eyes.

And then...he's on a rampage — fueled by my poorly timed laughter, no doubt. He runs over to his bin of toys in the living room: stuffed bear — throws it. Lego block — throws it. Toy truck — throws it.

"No, no, NOOO!" I run towards him and remove the objects from his hands. I make him look at me. I've finally stopped laughing. "Cole, we don't throw toys!"

He grins. The biggest, fattest, shittiest-eating (that's a word) grin you've ever seen. So now he lunges for his toys again, only to throw them further, and harder.

I pick him up and take him out of the living room, away from the source of stimulus.

Instantly, he goes limp in my arms and almost slips through them (I swear this is a ninja move that all babies must learn in utero!) He's screaming in protest.

"Sorry buddy, but that's not what we do with toys. Let's go look out the window and find some birds..."

Finally - he calms down. But when will this madness end? It's oh-so-frustrating. I know that laughing during the lime episode wasn't helpful in this situation, but we don't normally react that way (this time it was just particularly hilarious...)

I know it's a phase, and I know that we just need to keep reminding him of the "rules" and that eventually he'll get it...

But, it sort of feels like he'll never get it.

It sort of feels like he'll understand calculus before he understands not to throw toys...

In the meantime, I guess I could just start wearing a helmet around the house...