A Status Update on Those Promises I Made Six Months Ago 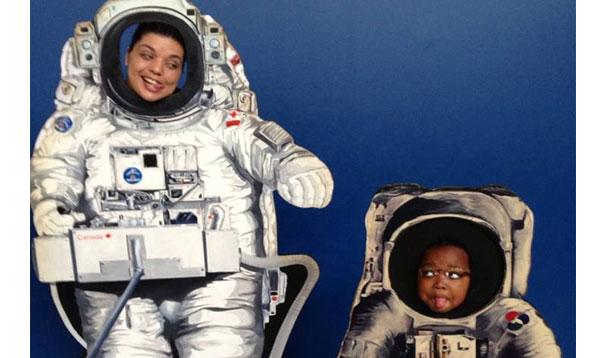 Have you ever actually tracked your progress with your New Year's resolutions?

While it may sound cliche, it really did only seem like yesterday that I wrote a tongue-in-cheek list of New Year's resolutions for 2014. Here we are, six months later, and as a believer in the mantra, "What gets measured gets done," I thought it might be fun to revisit my resolutions with you to see how I'm doing with them:

1. To eat a healthier diet and exercise: This one really got ignored throughout the polar vortex-saturated winter months, because how else do you keep warm but shovel massive amounts of food into your pie-hole? It works for bears, doesn't it? Except that when April hit and I actually did resemble a bear in my shape—and leg fur—I was forced to commit to a healthier eating plan and am happy to report that I have already lost five pounds! I'm feeling better already, and am looking forward to fitting into my summer clothes from last year that didn't fit when I tried them on two weeks ago! Alas, the exercise part of this resolution has always been the bane of my existence. Maybe I shouldn't have laughed so hard when a good friend called a few days ago and asked if I wanted to join a beginners running club with her! (You stop laughing too, other friends!) I think I'll start with getting off the couch for more than bio breaks and fridge-runs and hopefully progress to walking regularly before I jump into a sport that has never had much appeal to me. Never fear, the physical movement component has not dropped off my radar. Yet.

2. To have more fun: If you consider an ongoing re-enactment of The War Of The Roses as fun, then I'm your woman! Seriously, though, I'm not sure that I'm having more fun, but I'm trying to socialize more. I'm trying to spend more time with friends and plan fun weekend stuff with my family, which has indeed been fun for me! My kids and Huzbo probably aren't seeing a more fun version of me, but this was never about their fun, anyway.

3. To have more sex: Anything more than never-ty times a month is an improvement, right?

5. To stop listening to my bully inside: The war rages on with that awful troll. She's tenacious, to say the least. Sometimes I can shut 'er down, and sometimes I can't. This is still a work in progress, but stay tuned—I'm pretty dedicated to this particular resolution and I find as I grow older, I care less and less about what "people" think of me and find more comfort in being the best kind of person I can be.

6. To be more present with my children: Let's be honest here, I'll never give up electronics, but I will boast that I've been trying to put them away when Baby Girl gets home from school for at least two or three of the weekdays. I'm talking more with her, spending more time reading with her, and while I wish I could say it's having a noticeable effect on her, I can say that it's having a huge effect on me—I'm enjoying spending time with her! Probably a good thing, considering in a few short weeks, I'll be spending a whole lot more time with her!

7. To let more things go: Again, this is so far removed from who I have always been that my progress in this area seems too small to really discuss. I do know that numerous times since January, I have given myself the "let it go" pep talk and succeeded—no doubt partially because that little-known Disney movie song of the same name is constantly being belted out in my ear! I have a feeling this one will never truly be conquered, but baby steps forward are better than crawling backwards, right?

8. To create a 36-hour day: #EpicFail. Sorry, folks, I fear this one *may* have been overly ambitious and unrealistic, but I'm not too bothered. I think my overall progress on the rest of my resolutions makes up for it.

How about you? Did you make resolutions, and if so, how are you doing with them? Let me know in the comments below, I'd love to hear from you!

Jackie Gillard: Conceived in my Heart 10 Budget-Friendly Activities for Families on Holiday Break