How Do You See International Adoption?

A Story of One Stranger's Perspective 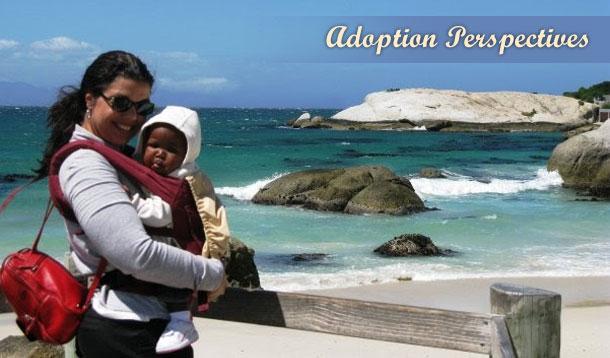 He was scowling at me, I was sure of it. I squeezed my new daughter even closer.

I knew that some people did not agree with trans-racial adoption, especially internationally. Considering South Africa's history, I understood their opposition. I assumed this was the source of the angry looks and outright frowns the man had been giving me. He was one of a group of twenty or more who were visiting a cultural heritage tourist park at the same time Huzbo and I were. We had gone because we thought it might be an interesting place to educate ourselves about the nation of people our daughter was born into.

We meandered through the park with the large group, viewing the snake and alligator zoo (ugh), learning about traditional homes, customs, and food of my daughter's ancestors, and watched a show of traditional dancing.

The group kept their distance. Nobody spoke to us, nobody smiled, even when we smiled at them. Sadly, it seemed clear to us what the general opinion of this group was on trans-racial international adoption.

I didn't focus all of my attention on the group, however. To be honest, I don't remember much of what we learned during the tour, either. I was a new mother and I was too busy staring at the beautiful new daughter in my arms, trying to learn who she was and ensuring I was meeting her every need before she needed them. I never put her down in the stroller, I fed her often, I sang quietly to her, and whispered my love repeatedly in her ear. She was a part of our family from the moment we saw the first picture of her, and I was still getting used to her real physical presence. I ignored the looks from the group, smiled when I made eye contact with anyone, and went about my business of being a mommy.

We enjoyed our visit to the park, and as most tourist attractions dictate, our tour ended in the gift shop. It was full of both touristy souvenirs and lovely African artwork, so we took a long time browsing and choosing some items that we could bring home to include in our decor. The group began to filter out to their waiting bus, but one woman seemed to be lingering, looking at me.

I could tell she wanted to speak to me, and I worried that perhaps she was going to challenge me with her negative opinion of how I had just become a mother. I steeled myself for that and smiled in what I hoped was a welcoming way.

"I've been watching you with that baby," she started in.

I explained to her that we had just adopted our daughter and were spending some time getting to know her country and her culture.

She eyed me up, pausing to inhale, hesitating with her words.

"You're a good mother, I can tell. You care for your baby very much."

Tears welled up in my eyes—touched by her compliment, but also ashamed for thinking the woman was going to confront me.

Her next words were even more stunning:

"There are so many babies here that have nobody to care for them. Thank you. Thank you for taking care of one of our children for us."

Then the tears came from her eyes, as well.

The woman knew that my daughter would be losing so much through her adoption—her first language, her birth culture, her ancestry, and her country of origin—yet she thanked me for adopting her. I didn't adopt my daughter for gratitude from others, and this woman couldn't possibly know that my motives were not an act of charity to care for a child who needed it, but to fulfil my longing to be a mother.

The magnitude of the woman's grace overwhelmed me and I think of that moment often.

The stranger-friend and I embraced. I thanked her for her kind words, then we said goodbye. I never asked her name, she never asked mine.

We were simply united by our mutual love for the child I held in my arms.

Hi! Thanks for reading my post. If you'd like another story about adoption perspective, you may like this one about a woman's misconception of our adoption. You may also like this story about another mom's experiences with adoption misconceptions and what she did about it.