A Mother's Respectful Request to the School Secretary 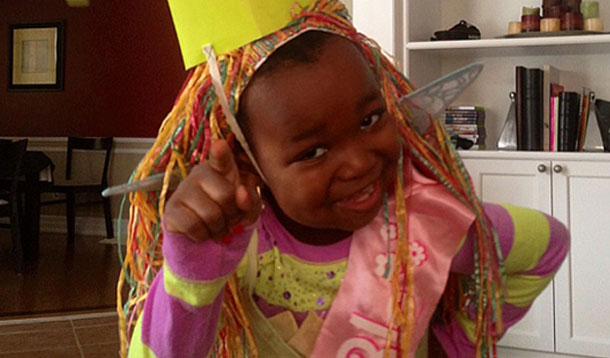 You are a wonderful lady who is always helpful, friendly, positive, and I have no idea how you do the job you do, but I'm hoping you don't mind that I have one small request of you:

Please stop being so nice to my daughter when she is late for school.

Don't get me wrong — I'm not blaming you for making my daughter late — she absolutely excels at that all on her own.

But I've seen how you are stern with some of the other kids who are late yet not so much with my daughter. I understand that perhaps those kids are late more often than the once or twice a month that my daughter is, but you and I are sending her mixed messages.

I sometimes bust my ass at home nagging her to eat more quickly, move more quickly, dress more quickly, and I admit, I often do get frustrated by the apparent lack of absorption of these messages. I will even confess that I have raised my voice on occasion or threatened consequences like the loss of those funky new extra high-top Converse shoe/boots I bought her yesterday.

Yet, when we arrive late to your office domain, you are always cheery and smiley and nice to my daughter. Which I think is sending her the message that you don't really mind that she's late for school and only *I* get jazzed up about her being on time.

I get it — you really don't mind, and nor should you. If your job included being bothered by every single late kid, you'd be off on stress leave by now, I'm sure. However, it's my job as a parent to get bothered by lateness and help my child learn to be on time — not just for school but for everything.

So, if you could just sort-of pretend that you are a wee bit annoyed by her lateness the next time my daughter saunters into the office to have pleasant banter with you while I fill out the paperwork for her lack of respect for time, I'd really appreciate it.

Oh, and just to clarify:  this morning when you asked her how she was doing and she replied "Good!" with a big smile and air of nonchalance? Her response made me lose my shit just a little, but not because I'm a terrible mother. Yes, I did actually correct her and say "No! You're NOT good!" which made my daughter cry and prompted you and the other mom in the office to look at me like I had horns and a tail because all three of you thought I was telling my daughter that she was bad. Except that I wasn't saying that at all.

I didn't even realize it sounded like I was saying that until it was too late, obviously. I NEVER tell my kids they are bad, honestly, I don't even think that they are.

I tried to explain to all three of you that what I meant was that she shouldn't feel good about being late. I was attempting to tell her that she should be feeling remorse for making some bad choices in her morning routine that caused her to be twenty minutes late. Yes, I DID use a gruff tone of voice because I had just spent the last hour watching my daughter sit at the kitchen table while managing to eat only 3/4 of a pear during the course of her dilly-dallying. I'm sure you know what that feels like, to watch the minutes tick by, knowing you are going to be late, and continuously fighting the inner battle between saying "C'mon sweetheart, let's go! Eat another bite! You're going to be late!" and refusing to keep saying those things because they fall on deaf ears anyway and because you want her to learn natural consequences for her actions.

There have been times when I have said those things, and I've also added "You better hurry up, or you're going to get in trouble with the secretary!" I agree, not the most effective motivational tool and I apologize for trying to make you the disciplinarian, but sometimes my mothering toolbox is empty at 7AM when I haven't even finished my first coffee, and I just grab the first thing I can think of.

So, if you could just ignore the fact that my daughter is a charming cutie pie and dish out a little bit of stern reprimanding the next time she comes in feeling "Good!" that she's late, I would be so incredibly grateful.

Oh, and to the other mom in the office who gave me that patronizing "I'd never say THAT to MY kid, especially not in the office in front of another mom" pity smile — you had a big run up the back of your pantyhose.

Hi! Thanks for reading my post! You may also be interested in the letter I wrote to my daughter on her sixth birthday, or who my daughter's hero is (even if her hero sometimes loses her cool over being late...)

Jackie Gillard: Conceived in my Heart 8 Simple Ways To Ease Your Child's Stress About Halloween

Jackie Gillard: Conceived in my Heart What You're Afraid To Say About The ALS #IceBucketChallenge