What Is Your Role As A Stepparent?

And who gets to decide? 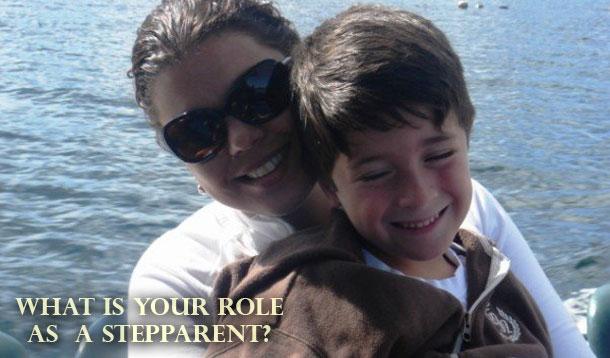 It's been some time since I wrote about step-parenting. Why, you ask? Well, it's complicated. Step-parenting, that is.

First and foremost, I have to respect my stepson's privacy. He's thirteen, on the brink of entering that terrifying world known as "high school," and he's sensitive to possible embarrassment.

What about my privacy, though? Oh sure, parents of any kind are expected to make all sorts of sacrifices on behalf of their children—it's part of the job description, right? But what about the step-parenting job description? Who defined that role? Am I even entitled to privacy? Not everybody thinks so.

Unfortunately, there exists in society an expectation that stepparents (stepmothers, in particular) should selflessly parent their stepchild "as though they were your own," defer to the preferences of the actual parents (assuming they are still in the child's life), and generally conduct themselves as empathetic saints who should sacrifice everything and put up and shut up with any conflict or challenges the role organically provides, simply because "you knew what you were getting into."

I have to tell you, when I first met and married Huzbo, I bought into this preconceived idea of step-parenting wholeheartedly. I had no idea that it was ok if I didn't act like his mother when he was around and that it didn't make me a bad stepmom if sometimes I didn't feel like doing stuff with him and my husband.

Don't get me wrong, if you are a stepparent and you are involved in these aspects and others of your stepchild's life—that's great, if it works for you. I'm not here to judge or define other stepparents' roles.

I'm simply here to set the record straight—every stepparent should define his or her own role. And that is A-OK. It's not up to society, in-laws, ex-spouses, spouses, friends, or anyone else to tell a stepparent how they should or should not conduct their step-parenting relationships. Stepparents have to do what works and feels best for them, within reason.

At the bare minimum, the only two things a stepparent is obligated to provide to his/her stepchild are:

1) a physically and emotionally safe home, and

I remember reading a book by a stepmother a few years ago that suggested stepparents don't even have to like, let alone love, their stepchild. I was aghast. Weren't those emotions part of "the package"? Didn't you have to love your partner's child if you love your partner? The truth is, you don't.

Luckily for me, I do happen to love my stepson, which makes it easier to be a stepparent. He's a great kid and we have a good relationship, but he's not perfect and nor is it headache-free to be involved in a relationship with him, his dad, and his mom.

Yet every once in a while I encounter someone who feels that because I married my husband knowing he had a child, I have absolutely no right to complain about the challenges of being a stepparent or to need support and encouragement to deal with those challenges.

Did you know your spouse snored before you married him or her? Probably. So, does knowing about it in advance forbid you from being able to complain about it when you've spent the night trying to stuff your ears with your pillow just to get some shut-eye? Of course not.

Did you know that children sometimes have tantrums before you became pregnant? Of COURSE you did—everybody knows that. So, when you're complaining to your co-worker or your mother or your BFF about your child's latest tantrums, how would it feel to hear "Well, you knew when you had kids that they sometimes have tantrums, so why are you complaining?"

I'm quite certain that a response like that would leave you feeling hurt, angry, and unsupported. Yet for some reason, stepparents are given responses like this on a regular basis when we seek support for the challenges we face. These challenges are often in addition to our regular parenting duties—extra gems, such as fights with ex-spouses, stepchildren disrespecting us because "you're not my parent", arguments with our own spouse over who should pay for what, stepchildren sharing private stories from our home with their other parent, and so many other issues that the average non-stepparent couldn't even imagine.

Yes, we DID know what we were getting ourselves into. Most of us, anyway. That doesn't mean we aren't allowed to ask for support and empathy. Nor does it mean we want to hear the response, "That's why I never would have gotten involved with someone who has a child." This is not the support and empathy we seek!

It's an interesting dynamic when a group of mothers gather and the conversation turns to parenting challenges. Teething babies? Everyone has a suggestion to try. Problems learning to read? The ideas fly. Bring up the last big conflict you had with your spouse's ex over who gets the child for what long weekends? The table falls silent. Then everyone begins to express their pity for the child involved. Don't get me wrong, I also feel pity for the children involved, they didn't ask to have two homes and parents who live separate from one another, but why are the stepparents immediately removed from the empathy/sympathy/support circle when they want to discuss their step-parenting challenges? Stepparents aren't looking for pity, but a little empathy and understanding helps us as much as any parent, and we don't deserve it any less, simply because we chose a life with a stepchild.

So, the next time you hear a stepparent expressing frustration about an aspect of their step-parenting life, be kind. Show the stepparent the same empathy, support, and encouragement that you would show any other kind of parent.

Jackie Gillard: Conceived in my Heart Black History Month: The Lessons Of The Black Angel