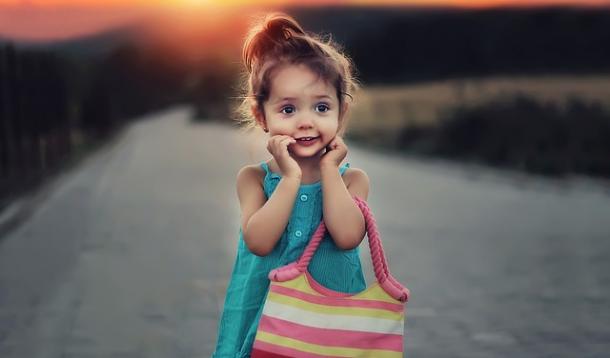 “You are such a PIG! It’s hard to believe you’re a girl sometimes, I swear!!”

I cringed as I heard these words coming from a mom in the next car over as I was dropping my girls off at summer camp one day.

Leaving aside for a minute the name calling (which is hard to do - my heart broke for that poor girl), the thing that most upset me was that the mom wasn’t reprimanding the child for making a mess, or acting inappropriately in public (I don’t actually know what the offence was), she was reprimanding her daughter for not conforming to a specific idea of how girls should behave. What her words were saying, whether she intended them or not, was that if she were a boy, her behaviour would be acceptable. You know, boys will be boys after all.

I find it hard to write this piece objectively because: 1. I’m female, obviously, but also because; 2. I’ve often identified more with traditionally “male” sentiments and traits for most of my life in a house where there were still very much expected male and female behaviours; and 3. I get so damned worked up that I tend to rant like a crazy person instead of making a calm yet compelling argument. But I’ll try anyway.

It is this kind of mentality that labels men in authoritative positions leaders and women, bitches. Taken to its furthest extreme, this kind of mentality makes female victims of crimes responsible for the actions of the perpetrator, and male perpetrators unable to be held accountable for their lack of control. You know, boys will be boys after all. She wasn’t behaving appropriately. Ladylike.

Parents I beg you; regardless of whether you’re raising boys, girls or both; regardless of whether you’re a strict or an easygoing parent, regardless of any sort of defining characteristic I could list here, please, please, PLEASE raise your children understanding that the rules are for everyone. If a behaviour is unacceptable, it is unacceptable for everyone. No, we’re not going to burp our ABC’s in the middle of a restaurant because it’s not appropriate and polite behaviour for people. Not girls, people. No we’re don’t push our friends because it’s not appropriate and gentle behaviour for people. Not girls, people. Please leave gender out of your parenting. Yes children are all different, even within genders. Yes, often boys and girls do act differently. Three year-olds and six year-olds often act differently as well. The WAY that we teach them and discipline them will often vary from child to child according to their developmental stage, and numerous other factors, but the rules can still remain the same.

Above all else, if you take only one thing away from this rant it's this; please don’t shame your child’s behaviour based on their gender (this goes for both boys and girls by the way). Boy’s will NOT be boys, and girls will NOT be ladylike. How about we’re all simply respectful and polite people? We’re all raising citizens that we hope will be happy and contribute positively to society, regardless of the sex listed on their birth certificate.

RELATED: Anxiety In Girls: How This Mom Is Changing the Conversation

Heather is a Toronto born mama of two with her feet now firmly planted in the sand on the West Coast. By day she runs her own marketing consulting company Word of Mom Marketing, by night she writes not one but 2 blogs: Life Love and the Pursuit of Play and Creative Sides. Somewhere in between she and her hubby of 9 years attempt to keep up with their two spirited girls. When Heather isn’t doing school drop off (late), meeting with clients or wiping something gross off of some little person, you will find her in the kitchen experimenting with her latest creation, or furiously typing away at her laptop on whatever flat surface she can find. Either way, there will be a glass of wine in her hand.

Heather van Mil If Your Doctors Aren't Tech Savvy, You Need to Tell Them About This