It won’t always seem like you’re in the weeds 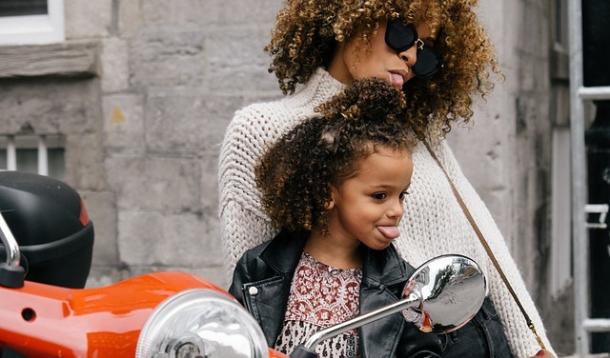 My third child just turned two years-old. And even though I still call her ‘the baby’ – I am aware that I no longer fall within the ranks of New Mom.

At some point during my days of lugging around overstuffed diaper bags, balancing a baby car seat on my hip and sipping giant steel-drum sized cups of coffee, my children all went and grew up on me. (Or, that’s how it feels at the ripe old ages of 6, 4 and 2 years old).

Since those early days, I’ve developed confidence. I’ve learned a couple tricks of the trade. I give fewer shits about the little things.

Being a new mom for the first time is really hard. Here are just a few things I didn’t know back then – but I wish I had.

It will get easier.

It really will. It won’t always seem like you’re in the weeds. The really hard stages pass. The confidence grows. And things will also just keep getting better and better. It’s kind of incredible.

There will be time to be yourself again.

It will take a while, but it will come. There will be time to read books again. You will eventually wear clothes that fit properly and make you feel just a little bit like the old you. You will get out for a run. Or to a yoga class again. You’ll reconnect with friends, get back to working. You will somehow find a way to balance it all.

The babies will learn to grow up.

I know it feels like they’ll never take a bottle. Or learn to sleep on their own. Or give up the soother. Or be potty-trained. But they will. They will all do it in their own time. New Mom me didn’t know it, but the moment I stopped trying to make kids do things on my time, they figured their little worlds out. And often all on their own.

You have yet to experience pure beauty.

Yes, you’ve seen many stunning sights so far in your life – from pristine nature in the Galapagos Islands to gorgeous architecture across the globe. But you have yet to behold the beauty found in freckled noses, gangly 6 year-old legs and the perfection that is a toddler’s belly. You will be breathless when you do.

They will forgive you for almost anything.

The really bad diaper rash you didn’t know how to fix right away. The time you bumped their heads on the car door getting them out of their seat. When you couldn’t get breastfeeding to work. Every time you’ve felt you failed them – they will forgive you. You’re going to make mistakes. But in the eyes of your children, you can do no wrong.

You can get real, pure joy from almost anything – if your children are involved.

Like watching a 5-year-old fall asleep. Walking to the park. Seeing a baby feed herself. Pretty regular, uneventful things will bring you so much happiness. Simply because your kids are there.

The crying has just begun.

Hormones may be to blame for all the crying when you were a new mom. But it will continue long after. Dropping them off at daycare for the first time? Tears. Seeing them dance on stage in their first recital? Sobbing. Every single time you receive a homemade mother’s day card? Oh now that’s just ugly crying. Even when they were constipated for the first time (yes… really). I still get tears in my eyes just because of the things my kids say. Because of who they are. The crying hasn’t stopped yet.

You may feel frumpy and tired – but your self-esteem will just keep growing.

It’s kind of incredible. The extra weight you carry won’t bother you. The grey hairs. The bags under your eyes. The fact that you’re getting (and looking) older with each passing day. None of it will make you flinch, really. You may feel a bit down in the dumps right now at the early stages of motherhood – but you will just keep feeling better, stronger, fierce. You are a mother. You are everything to someone.

There is a light at the end of every tunnel.

The tough stages will pass. They really will. But so will the amazing ones. As hard as it is, try to take it all in. You won’t regret it when you get to the other side.

Your gut will never steer you wrong.

Listen to it, new mama. It hasn’t sent you down the wrong path yet. It won’t.

The Sweet Dance of Bedtime

I Think I may even miss these crazy days

The Sweet Dance of Bedtime 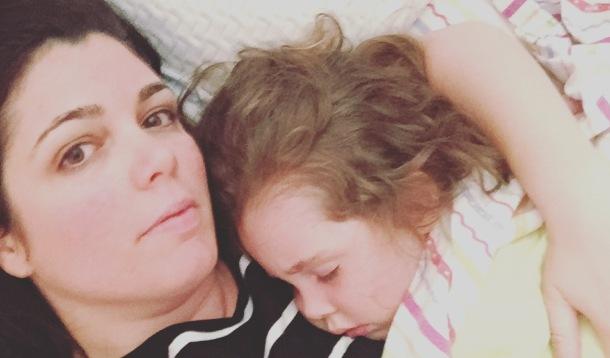 My husband plays beer-league hockey on Wednesday nights. I don’t begrudge him this time that he takes; he needs it as much as I do since he does half the parenting in our home with three young daughters.

If I’m lucky, his freedom occurs after 8pm. If I’m not, I must perform the Dance of Bedtime as a solo.

Tonight, I am unlucky. An early game. Which means he will be gone for several hours during the most difficult time frame in our little home.

“Good luck, Daddy!” our 6 year-old calls out to him as he slings his giant bag over his shoulder. He smiles back, thanks her and waves at me as he glides out the front door — an unmistakable spring in his step.

We are now alone, my daughters and I.

I am greatly outnumbered by happy little faces, goofy, laughing children who have no desire to go to bed.

My daughters are 6, 4 and 2-years old. Bedtime is the antithesis of all of their little hopes and desires. And, due to my reliance on bad habits to get through the early stages of motherhood, only the third child has grasped the concept of going to sleep on her own.  (I know, I know…)

My oldest likes me to lie next to her. She doesn’t require snuggling or songs – she just simply needs my presence. She’s grown to expect it. Ever since she was a tiny little baby, she’s been my tough nut to crack where sleep is concerned.

When she was little, I would rock and rock and rock her in our soft glider, comforted by the sounds of her noise maker in her pastel-covered room. I enjoyed the quiet of these nights. When it came time to transition her to a bed, I would lie down next to her and watch her fall asleep. I stayed with her that very first night in her ‘big girl’ bed so she wouldn’t get out over and over again.

I haven’t left it yet.

My middle daughter is the snuggly one. She wants to wrap her arms around me and get as close as she possibly can. She wants to play with my hair between her fingers, listen to my breathing, feel my ‘heartbeep’ close to her body. Only then will she allow herself to drift off.

Our 2 year-old is fiercely independent and loves her crib. It’s a winning combination for me. She is perfectly happy with me leaving her for the night. I put her down, listen to her cheerfully yell and babble to herself through the monitor until she tires and willingly allows sleep to take over.

Once I have her in bed, I start the dance with my other two daughters. After telling them repeatedly to brush their teeth and go to the bathroom (because asking them once doesn’t seem to register with them), we read about witches and broomsticks and dragons who have lost their fiery breath. I answer question after question about the logistics of fire-breath and brooms taking flight. Finally, they yawn and rub their eyes as the story finishes.

This evening is no different than any other evening. I put one child into bed and leave to tuck the other one in. The first child gets out of bed and heads to the bathroom for water. I tell the second child to stay in her room and go to sleep while I get the first child back to bed after drinking her water. By this time, the second child has gotten out of bed and is peeking her head out the door, looking for me.

It’s a dizzying dance filled with frustration. But I know that they only want one thing.

And although I realize I’ve been working on bedtime for roughly an hour already, I give in. Because I know that they won’t always be easily calmed by my presence.

There will come a time that my middle daughters’ slightly baby-like chubby arms will no longer be there, wrapped around my body as we lay face-to-face in bed. She will be ‘too old’ for playing with my hair while she tells me about her day and drifts off to sleep.

There will be a time when my oldest won’t reach out for my hand as her eyes flutter closed. My fingers wrapped around hers won’t be her security any longer.

So for now, I try to remember that this how the dance goes. And I try to let it wrap me up in its rhythm.

I remind myself of this as I head back to my oldest daughter’s room. She has called out for me again. I crawl into her bed and look at her face. She’s tired.

So I lay next to her, just as I did when she was a toddler. I watch her face as her eyes close. We lay like this for a while until a sound startles her and her eyes open suddenly. They dart around for a minute, confused by being woken. And then her eyes meet mine.

A giant smile spreads across her face as she lets her eyes close again. I feel tears well up in my eyes. I smile back at her even though she is already drifting back off to sleep. I lay still for a while and l listen to her snore.

The dance has left me exhausted, but happy.

RELATED: The 5 Stages of Bedtime Grief