Has the Elf on the Shelf Controversy Subsided?

Have we finally all learned to let it go? 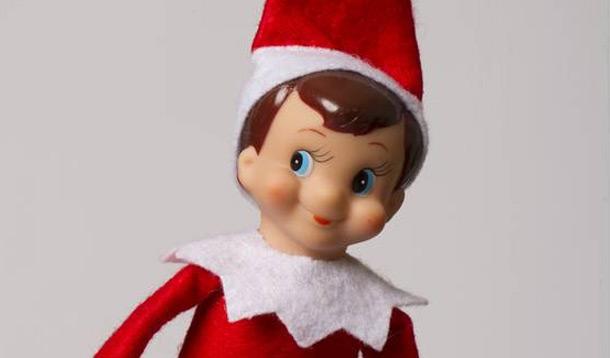 So far, this holiday season has been a bit of an unusual one.

Everyone seems to be really into the spirit earlier than usual. There hasn’t been much talk of how stressful it all is (like I normally tend to hear all over Facebook). And the whole Elf on the Shelf debates are strangely non-existent. (Have I just jinxed it??)

If you’ve been living under a rock, you may not be aware of the great divide that the Elf on the Shelf seems to bring out in people every December. I’ve witnessed heated arguments and have read angry comment after angry comment by people who strongly defend their right to have an elf – and also from those who think it’s awful.

The elf has been described as creepy. I’ve heard people call others bad parents for having one. One article used this as their opening line: “Elf on the Shelf is a thing of nightmares. Let's buy our kids a gift and then scare them by telling them that this unsettling little doll comes alive at night and reports back to Santa.” I even read a commenter exclaim that they were “PROUDLY elf-free” in their house.

And that was when I realized that many of us have seemed to have lost all perspective.

This year, when I realized that the debates were not really happening, I was partly relieved and hopeful. (The other part of me is just waiting for the other shoe to drop.) Have we finally all learned to let it go? Have we learned to let you do you? I’m hopeful that we all might be relaxing a little. That we are realizing there’s room in this world for the Pinterest-loving parents who like to create magical little scenarios and scenes for their elves – as well as the parents who don’t want to do it.

So this year I’m making a plea. Elf-lovers and elf-haters – let’s unite! Let’s make 2016 the year we no longer argue over the pressure to be creative, the good or bad message this doll sends our children or the stress it can cause us.

Let’s make this holiday the first-ever ‘Elf-on-the-Shelf-controversy-free’ season. Now let’s all join hands and hug each other… Fah who for-aze! Dah who dor-aze! Welcome Christmas! Come this way!

We can do it, parents. I believe in us.

RELATED: 41 Elf on the Shelf Ideas to Get You Through the Holidays