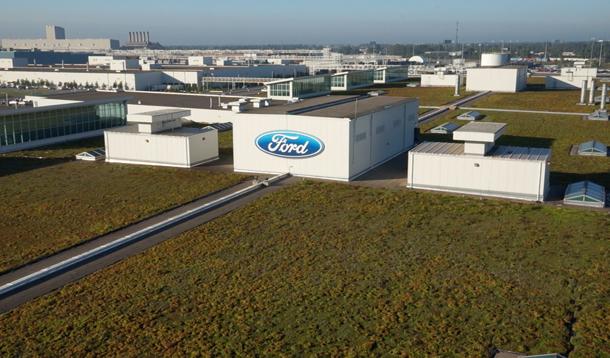 In the past few years, car manufacturers have really been stepping up their game when it comes to making their vehicles more eco-friendly. From cars that are more fuel efficient to the materials being used to build components all the way to the rising popularity of electronic vehicles, it's getting easier for consumers to buy a more eco-conscious car. Ford is one of those manufacturers 100% committed to helping us do so.

I was given the opportunity to spend some time with Ford this past Earth Day for the #FordEcoTour. A small group of us were given a peek behind the scenes to see what they have been working on at some of the sites in their home base town, Dearborn, Michigan.

Take a look at a few of the things they have been doing to make their vehicles more earth-friendly: 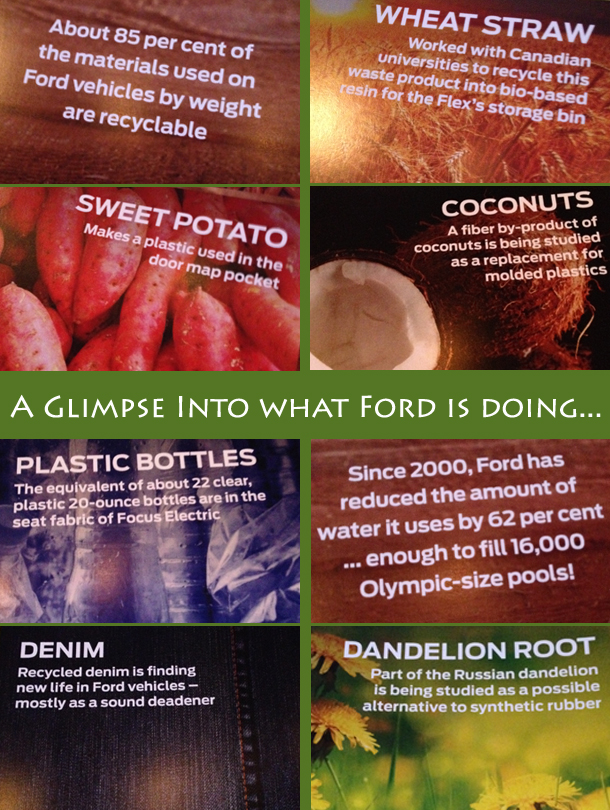 In addition to the interesting facts above, here is more of what I saw and learned during the tour: 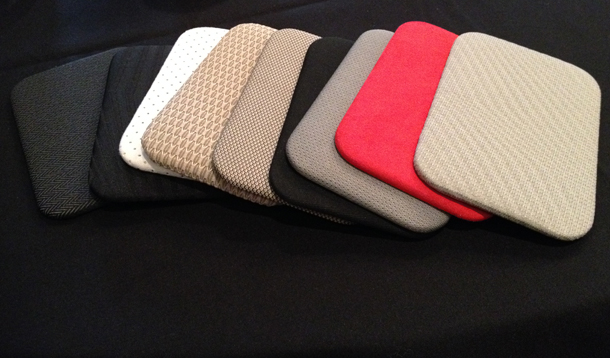 All materials that go into the interior of a Ford vehicle is carefully vetted for its eco-friendliness, durability, and other factors. Ford has a dedicated group of designers in charge of ensuring sustainable material-based fabrics are used in all of their vehicles.

A few achievements Ford has been able to celebrate when it comes to interior fabrics:

Just because Ford has made huge advancements in the fabrics they use, does not mean they are stopping there... 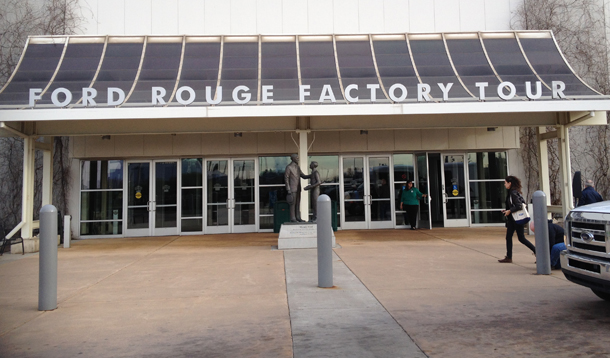 Sitting on top of Ford's Rouge Factory (a natural historic landmark and where the popular F-150 trucks are put together), you will find a 10.4 acre vegetative roof (the living garden pictured in the main image at the top of this post). Installed in 2004, its purpose is to sustain an ecosystem (it's home to several insect, bird, and plant species'), to remove carbon dioxide from the atmosphere, and to reduce the plant's energy use. It is also part of an innovative storm water management system that reduces runoff and costs two-thirds less than using a conventional water treatment process. This type of roof will last twice as long as a traditional roof. It was quite a sight to see knowing all that it is accomplishing.

Here are some other things the living roof is doing to make the Rouge Factory eco-friendly: 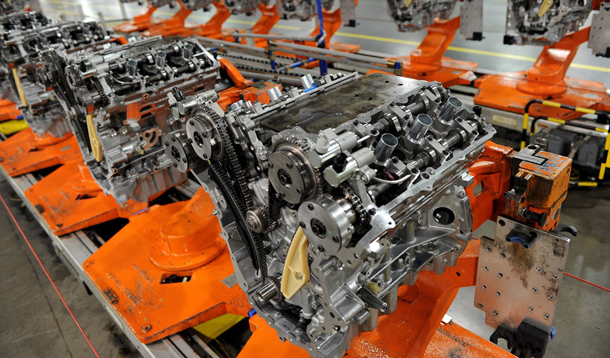 In 2009, Ford introduced its first EcoBoost engine (the Ford Expedition was the first vehicle to have this type of engine). The goal behind EcoBoost engine program is to make smaller, turbo-charged engines that do not sacrifice on performance, produce less emissions, and deliver better fuel economy. Last year, 2.5 million EcoBoost engines were produced and in March 2015, the 5 millionth EcoBoost engine was rolled off the assembly line. This part of the Eco Tour was my favourite. We were shown how everyday items (things you would never imagine to be part of a car!) are being used to produce car components. Currently, Ford is using the following: And Ford is currently working on seeing if the following materials could work for potential future use: What does Ford do with vehicles you no longer want?

Ford has two green programs designed to help deal with cars no longer needed or cannot be used any longer.

1. The Ford Recycle Your Ride Program 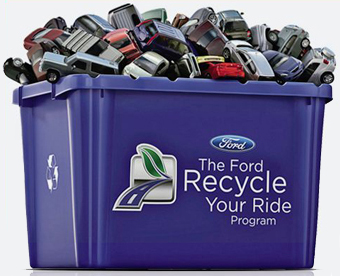 Ford is working with the Automotive Recyclers of Canada (ARC) to properly recycle end-of-life vehicles through the Recycle Your Ride Program. Over the past six years, Ford and the ARC have helped more than 69,500 people recycle their rides and dispose of the hazardous materials found in all vehicles such as mercury, lead, refrigerants, antifreeze, oils, and gasoline.

Ford Canada and ARC are currently working together to recycle 2008 model year or older vehicles for up to $2,500 toward the purchase or lease of a new Ford vehicle. The program will run at Canadian Ford dealerships during May and June 2015, so if you are thinking of buying a new car in the next little while, this is a great program to take advantage of.

About 85 percent of the materials used in Ford vehicles are recyclable. Ford takes full advantage of this by dismantling and recycling vehicle components. Once all of the salvageable materials are removed from a vehicle at the end of its useful life, the remaining structure is flattened and pulverized into small pieces. Industrial-strength magnets are used to separate the metals and the recovered ferrous metals are recycled to produce new steel. Following the removal of all recyclable materials, the remaining plastics, rubber, foam, fabric and glass, are properly disposed of in landfills.

Going in, I already knew that Ford was a company making huge efforts in the green area, but what I didn't know was how much they were doing. The things I saw in the short time I was in Dearborn was incredible. What they are doing behind the scenes to ensure their vehicles are as green as possible is innovative, smart, and for lack of a better word, cool! After I walked away from the tour, I have no doubt about the difference Ford is currently making - and will be making in the years to come - in the world of green vehicles.

RELATED: There's No Excuse for an Unsafe Vehicle