Look At What These Kids Are Doing With Landfill Trash

A sweet-sounding way to upcycle what others no longer want 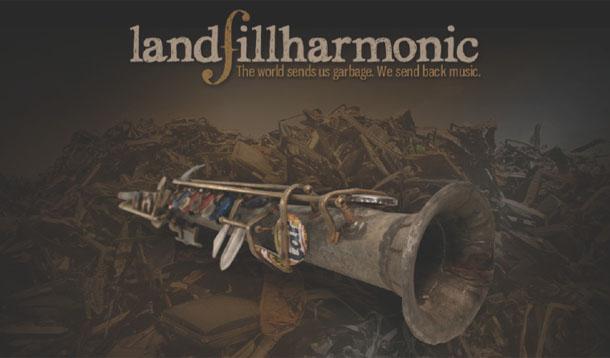 I'm sure you've heard the saying: "One man's trash is another man's treasure."

For students in Cateura, Paraguay, this statement could not be more true.

For most of us, music classes for our kids are easy to access and are not too difficult to turn into a reality. For kids in the Paraguay village called Cateura, a music instrument can cost more than a home! So it is not an easy dream to realize if a child has an interest in music. Which is where The Recycled Orchestra of Cateura comes in.

Take a look at this:

Oil cans, eating utensils, wood, unwanted tools and other discarded items hand-picked from landfills are used to construct the students' instruments. And the way the finished instruments sound, you would never know that they were put together using what others considered to be garbage. If you didn't watch the video above, watch it to see how amazing they sound!

The Landfill Harmonic is a feature-film documentary currently under production. It is described by the filmmakers as:

"A film about “The Recycled Orchestra”, a group of children from a Paraguayan slum who play instruments made entirely of garbage. It is a beautiful story about the transformative power of music, which also highlights two vital issues of our times: poverty and waste pollution.   The world generates about a billion tons of garbage a year. Those who live with it and from it are the poor – like the people of Cateura, Paraguay. And here they are transforming it into beauty. Landfill Harmonic follows the orchestra as it takes its inspiring spectacle of trash-into-music around the world."

I am a sucker for a good documentary, and just by the description and teaser trailer above, this one has been added to my must-see list.

Keep your eyes on the Landfill Harmonic website and their Facebook page for screening tour news and how you can see the film. It's set for release sometime this year (no set date yet).

Love documentaries? Here are 7 Must-See Food Documentaries and The Ghosts In Our Machine is a thought-provoking documentary that explores the relationship between humans and animals.