Step Towards Changing the Culture Of Shame

What I'm Taking Away From The Jian Ghomeshi Scandal 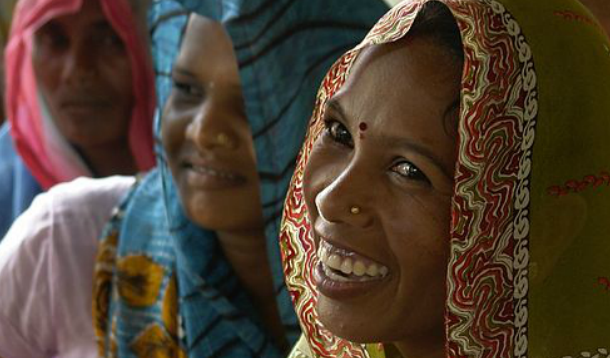 I want to talk about the Jian Ghomeshi scandal, but without talking about Jian Ghomeshi. Unless you live under a rock, you’ve heard about it. And it’s beyond horrible and scary and sad.

But it didn’t really affect me until a few days ago.

What made it feel truly and completely real to me was when Reva Seth came out with her startling allegations.

You see, Reva Seth is South Asian (by her own account). And what I know about South Asian women is, we don’t typically talk about dating and men.

That was, and still is, taboo in my culture. As I'm sure it is in many other cultures.

I’m South Asian, Punjabi, Indian, Sikh, brown, and a plethora of other definitions that boil down to one thing. Tradition.

And tradition has it that Indian women don’t date. Ever. Not in our teens, not in our twenties, and not even in our thirties.

Tradition has it that we find a nice boy (somehow), go for coffee (during the day), and agree to get married (or not). You can imagine that it all takes a very good cup of coffee.

We either outright lie or omit the truth.

And we really don’t talk about more than kisses.

And we really, really don't talk about what can happen when those kisses lead to something far more sinister.

Because being South Asian is amazing and wonderful and something I'm very proud of. And although the vast majority of it is everything golden, there is that other side I'm ashamed of...

The side that makes it a source of family shame if a woman dares to date. A source of embarrassment if a woman admits to being more than friends with a man. A source of grief if a woman decides to explore a part of life that is better left unspoken.

And this side is what makes us South Asian women secretive. Makes us feel the need to hide what's really going on.

The good parts. And especially the bad parts.

So if we're hiding it, how will we ever know that it's not okay to be physically, sexually, verbally, mentally, emotionally abused? That it's never okay?

We won't know until someone talks about it.

And Reva Seth just talked about it.

And that took care of that.

And she wasn't judged or ostracized.

She was applauded and taken into the collective fold of women everywhere.

Hope that my South Asian daughters will grow up in a world where they can talk about anything without fear of being judged or ridiculed or ostracized.

And if that happens, they will know that they were not at fault.

And it won't matter that as a South Asian woman, tradition has it that you shouldn't have been in that position.

Because that tradition is outdated and doesn't work for everyone.

And the beauty of life is that new traditions can be created.

Because if we’ve learned anything in the aftermath of these allegations, it is a culture of shame that leads to these secrets being kept. Shame that you, as the victim, will be judged or labelled or reprimanded.

The blame is not ours.

And Reva Seth is not to blame. And the world agreed.

And now, I'm hopeful that this is the catalyst that begins the process of change. While I wish that we lived in a society where women didn’t have to talk about any of this, the silver lining to this experience has been that we have started the conversation. We have begun to talk about it and hopefully, we will continue to talk about it.

Until that shame becomes outrage and that outrage leads to real change. For all cultures and backgrounds.

Read more from Gurpreet about raising daughters in a hypocritical world and a letter to her daughter.