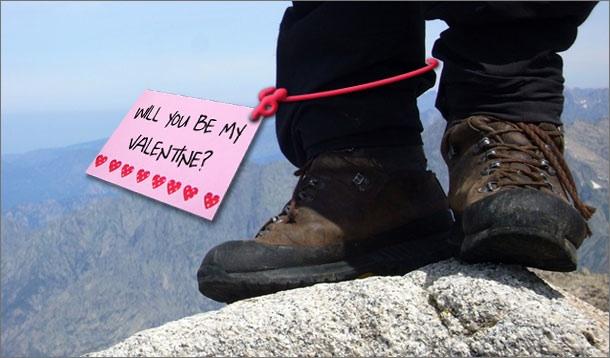 Valentine's Day is fast approaching and in anticipation my 73 year old heart is beating just a little bit faster.

Will this be the year that my secret admirer finally declares himself? I know he's out there and he wants my attention. Real. Bad.

Will I find a bouquet of the softest shade of pink roses on my doorstep sent by that handsome millionaire in the  penthouse condo?
An invitation to a trip around the world in Mr. Right's private plane?

Tickets to the opera? (in his private box, of course).

Will he want to marry me right now? This. Very. Minute.

Ewww. Uh, uh. That's not my idea of romance.

He enjoys exercise, he's fit but not a health nut.

I'd like a guy who reads, enjoys foreign films and doesn't eat most of the popcorn we're supposed to be sharing.

And speaking of food, I'd follow him to the end of the earth if he loves to cook and considers the kitchen his domain (Are you listening, Goddess?).

He can't be old world. He absolutely must appreciate what feminism means.

My secret admirer loves to travel. He enjoys the city but looks forward to a good meander in the country.

He knows how to talk to young people and he'd make my grandkiddies feel they've gained a Grandfriend, not lost a Grandmother.

And while I'm dreaming ... He's both very cool and very hot.

Of course, I've left the best for last. if he is ten years younger, I'll never, ever complain.

Anybody out there know anybody who fits the bill? Tell Cupid. He'll know where to find me.