So many of the programs we are being served are filled with horrendous violence, blood, and gore 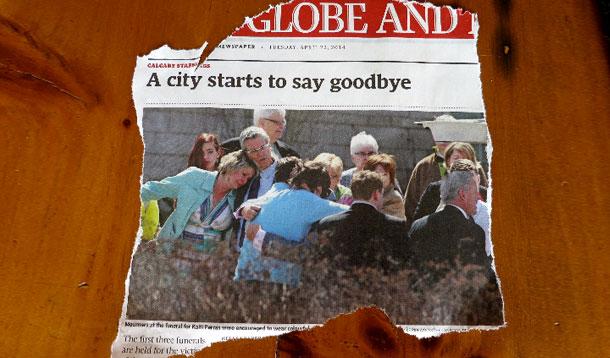 Lately I have been stunned by how simple it seems for one person to kill another. Often the killer doesn't even know who his victim is. It is the random, senseless snuffing out of a life leaving people to mourn their innocent loved ones for the rest of their lives.

When I was forty-five, long before I became a grandmother, I went back to university to earn my Arts degree with a major in Film and Television. One of the first things I learned in my TV Communications Course was that television programming is produced solely to sell commercials. You may think you are buying a TV so that you can have free entertainment every time you open your ’small screen.' That's right but also wrong. Oh, so wrong! There is no free lunch.

The moment you plug in that telly for you and your family to gather round is the beginning of your indoctrination. At intervals during that programming the story line is interrupted and you are being shown what to eat, which films to see, how to decorate your home and what to wear so people will love you. That in itself is not so bad because you are not being forced to buy these things. You can still make choices. What's bad is that the advertisers paying for this program that your family are enjoying are omnipotent and they call all the shots. Without their financial backing, there is no programming. We all understand that, right? So, it follows then that they have a lot to say about the stories we are served and who our heroes and heroines will be.

In today's society little boys generally want to be Batman and little girls all want to be beautiful princesses. Prior to the invention of TV the choices would have been the positive role models in our society — firemen, doctors, teachers, mothers, fathers, etc. A few years back, when my granddaughter was nine years old, I asked her if she had dreams of what she would like to be when she grew up. Her answer was, America's Next Top Model. My heart sank! I can only rejoice that my grandson didn’t tell me he wanted to be just like Arnold Schwarzenegger.

But, let's get back to the advertiser-dictated programming and its effect on our young people — not just the little ones but young adults as well. So many of the programs we are being served are filled with horrendous violence, blood and gore. People are not simply being shot and they fall down (which is awful enough). No, nowadays they are tortured, eyes gouged, set on fire, hacked up or beaten to death all in living color. And, we watch transfixed and we become immune to how horrible these actions really are. And once advertisers sense we are becoming indifferent they up the ante and we are fed even more killing and maiming. And, we sit and watch and enjoy the carnage. Pass the popcorn, please.

We are now seeing an upsurge in violence around the world. It's no longer a huge surprise to read about daughters killing their mother or a man entering a school and gunning down precious youngsters and just recently, in Canada, a seemingly normal college student turned on classmates at a party and without warning stabbed them to death. Yes, we understand that these people are social deviants that cracked under life's pressure and targeted others with their rage. However, they didn't just yell and scream at them, destroy their possessions or beat their victims.

No, they killed them.

And, I believe that they learned how to kill from that seemingly innocent black box.

They were indoctrinated by advertisers who demanded programming that would be so anxiety provoking that it would always keep viewers coming back for more. And, I blame the producers who will do everything and anything to create 'the hits' that advertisers love. And I blame all of us who tune in day after day after day. I understand that In the final analysis we are all completely responsible.

Spill it: What do you think?

Here are nine ways to speak to your children when tragedy strikes.