When Children Are Murdered: Lessons From My Years in the Newsroom

Do You Remember These Children? I Can't Forget Them 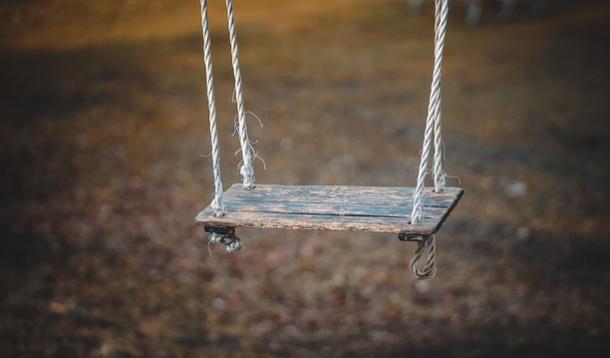 I never knew these girls, but I remember them all.

I will remember them for as long as I live.

Karissa was killed by her mother because she got in the way of a relationship with a new man. The ligature used to choke her life away tossed haphazardly in the trash can at a local drive-thru.

Holly was snatched off the streets of Toronto by a lecherous and opportunistic predator. Tarps shielded the crime scene, but reporters saw parts of a bathtub being removed by forensic officers.

Tori. Tori is the one case I still can’t even talk about without losing my breath. Her lifeless body found in a wooded area in rural Ontario. She was lured from a playground by a stranger.

Cecilia. Searchers looked for Cecilia for days, believing she’d been snatched from the warmth of her bed in the dead of night through an open window. An exchange student was eventually caught and charged with her killing.

Aurora. Born to an abused mother and an abusive father, lived out her last days in the ICU, fractured and broken. Five weeks of life. Five weeks of agony.

Farah Khan. In junior kindergarten. Her body was found in Scarborough, identified through fingerprints matched to her finger paintings at school.

These are the children, the babies, whose murders I reported on during my 10 years as a radio and television journalist.

These are some of the children who bind us together in our collective fears as helpless parents and as a society that needs to be more critical of itself.

Last week, we learned of the murder of another.

Her tragedy playing out mostly via social media. Her bright and happy little face flooding Facebook feeds in every province. She, like those other girls before her, was likely gone from this world before the Amber Alert hit news stations nationwide.

Over my years as a reporter, I learned to remove myself emotionally from horrific crimes. It was my job to be fair, balanced, clear, fact-base, steer clear of hyperbole and emotional embellishment. But these cases, these babies, always pulled me in the other direction. The tension inside of me to scream at the top of my lungs, cry with rage, break down for sake of the lost innocence was, at times, insurmountable. Some nights, I’d come home from a day on the air and cry in the shower until I couldn’t cry anymore.

A huge part of me resented that I was never allowed to turn a blind eye to the seedy underbelly. It was my job to know it, to uncover it, and to try to describe it for any and all who cared to listen.

Now I hate that I can’t un-see that seedy underbelly. I learned it. I drew back the curtain.

I understand and see that seedy underbelly all too well. Now, in cases like these, it’s all I see.

I walked away from ‘those stories’ and my life in the newsroom two years ago. It was probably the hardest thing I’ve ever done in my life. Part of me felt like I was letting all those innocents down. But after ten years, I selfishly wanted the luxury of being allowed to choose a blind eye. I wanted a break from knowing or at least talking about children being snatched from school yards and sidewalks.

I was hanging out with my husband on our back deck when I heard about the Alert for Taliyah. He said, “Oh no. Erin. There’s an Alert for a little girl out West. They found her mother dead. Now she’s missing.”

I have a pit in my stomach thinking back to that moment. Why? Because as soon as he told me what the news alert said, my reaction was “Please be quiet. That little girl is gone.”

Seedy underbelly. There it is. Like a viral infection rearing its head, scraping away all traces of hope, eliminating my ability to believe, amplifying my shame that my instincts are more often than not, correct.

Taliyah is a painful reminder that when children are taken, there is so little anyone can do to stop barbaric events from unfolding. I grieve because I’m sickened that my life experience has lead me so steadfastly to that conclusion.

There is so little to learn from the murder of a child. But if there is one lesson, it’s that there is a moment in all of these cases when a child’s life stops belonging to them and their parents and simply falls into the realm of tragedy and remembrance. Once that threshold is crossed, all is lost.

Once we all start sharing ‘sad cry face’ emojis and headline news on social media, that child is no longer a child to the world. She is no longer singing back seat karaoke, crying over a scraped knee, blowing bubbles in the yard. She is a story; a reason to partake in heated vitriol about the death penalty, chemical castration, the justice system, police procedure. She’s a snap shot.

I often wonder what those parents of lost children are feeling now. Has the void started to fill? Do they lock themselves away on birthdays? Christmas? Have they had more children? I thought of it last week, when Tori Stafford would have celebrated her sixteenth birthday.

You see, part of my struggle was the ‘news’ always ended when the trial ended; or when the ‘story’ stopped. The sentencing of a murderer, the agreed statement of facts, the legalese, maybe an appeal. At some point, these children and their stories just fade into the collective ether.

But once you’ve faced those parents of children lost, you know the story never ends. It can’t. No one’s life is a chapter book. No one loses a child and tells the ‘story’ in a three-minute packaged report.

Back to lessons. Maybe, maybe, there is another.

If I’ve learned anything, it’s to never take for granted the chance to tell your child you are proud of them. To say I love you. To indulge in everyday rituals. For some bereaved parents I’ve met, their last sweet words with their child are one of the smallest and singular comforts to which they cling.

But that’s no lesson. It’s a platitude. It’s a salve on top of a wound so deep, there’s nothing that will ever truly heal it.

Perhaps I simply have to settle for giving myself a license to feel the rage, the fear, the torment over the fate of these children. Perhaps that’s all any of us can do.

I have to look at that seedy underbelly and scream right back.

We all need to scream right back.

This is not okay.

None of this is okay.

Rest in peace little ones. You are not just a story. You are a light. And you have burned a place into my heart.

RELATED: Processing the Unthinkable: When a Child Dies in Your Community

Erin Trafford is a former radio and television broadcast journalist turned DIY blogger; who's obsessed with all things paint and power tools. She's made over entire rooms for less than $500, is frequently seen hauling dilapidated furniture off the curb, and is incredibly proud of the day she decided to nail her old back yard fence to her basement wall.

She love dogs, cats, Han Solo and pie – probably in that order. Erin and her (incredibly patient) husband Dan bought their little house by the sea in 2013, just outside of Halifax, Nova Scotia. They have been working tirelessly since then to turn it into a castle, one project and one blog post at a time. You can find all their bloggy and house adventures over at DIY Passion. This year they are adding a baby into the blogging and DIY mix, expecting the arrival of their first child in the Fall.