Is Your Family Really Immune to the Chickenpox?

What you need to know about the good, old chickenpox 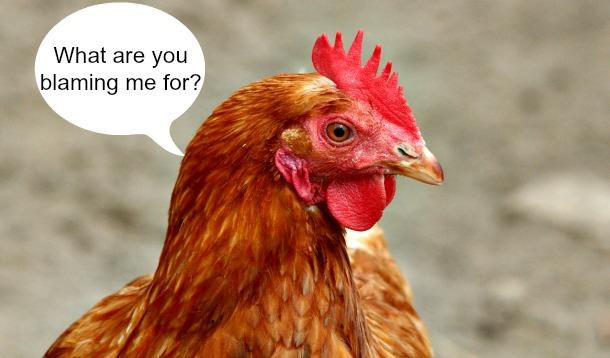 Way back in the late 1970s, my brother and I were riddled with what was known as the chickenpox, despite the infection having no relation to chickens. I was about three years-old at the time, so I have little to no recall of the event. My mom reports that we both suffered the usual fever, fatigue, and itchy rash. We spent four or five days splashing around in oatmeal baths and taking whatever fever reducer was popular at the time. We ran about slathered in calamine lotion, transferring the tell-tale bubblegum pink onto clothes and furniture.

My eldest brother was home-free from this attack, having had the pox (chicken, not small, obviously) years before. He was free to mock his younger siblings at will, safe in the knowledge he was immune to the infection.

It was just a sign of the times. Kids got Varicella, known to us all as chickenpox. Conventional wisdom of the day believed that it was better to contract this illness as a young child, as symptoms were often worse in teens and adults. Sometimes, parents went so far as to purposely expose their kids to the highly contagious virus to build up their immunity.

Like so many airborne infections, the disease is contagious before the major symptoms occur, but this one remains contagious until the red, water blister spots completely crust over (yuck) and begin to disappear. The infection is passed on through touching the rash of an infected person (again, YUCK), or through the patient coughing or sneezing near someone who is not immune. Once a case of Varicella would sneak into a school or summer camp, it would usually spread quickly and result in an outbreak.

Scratching, at all stages of the rash, is highly discouraged, as it can lead to scarring, further infection and other complications. Although mom reports I had those spotty little devils everywhere from my scalp to the inside of my mouth, I managed to get away unscarred.

And the good news, or so we believed, was that once you’d suffered through your bout with chickenpox, you were immune for a lifetime.

Go on! Take your best shot, subsequent outbreak. I am clad in my "I’ve-had-the-pox" armour. Fire at will!

Fast forward two decades later, my 23 year-old self was happily running a program at a popular kids day camp. When the note went around detailing how one sad little camper’s summer was being marred by the chickenpox illness, I scoffed my usual scoff. Can’t get me, chickenpox, I had you before. I laugh in the face of your high contagiousness!

Wait, what? Why does my head hurt. Hey, how come I have that fever? Why do I feel too tired to move?

Yes, the evil Varicella got me again! AGAIN! When I whined to the doctor that I was already a card carrying member of the chickenpox club, so they must be mistaken, the doc assured me that although rare, it was entirely possible to get chickenpox twice - and I, my friends, was the lucky two-time recipient.

Now, not only was I sick and no longer living with my doting family to bring me ice cream and jello, but I also had to deal with scorn and disbelief on the part of everyone I told. “But you can’t have chickenpox twice!”

I heard it over and over again. You can. I did. It was yucky. And to add insult to injurious rash, I’ve also had shingles, a close relative of chicken pox, TWICE. For me, Varicella is the gift that keeps on giving.

Thankfully, my chickenpox infection was much milder the second time around. Those nasty little spots stayed away from my face - a blessing, as I was now a little more aware of my appearance than I was at three, and the whole episode wrapped itself up within a week. A few of the campers were less lucky.

Lo and behold, the new millennium heralded a Varicella (chickenpox) vaccine. Since 2007, the vaccine has been a part of the routine childhood immunizations in Canada. Originally, the Canadian Paediatric Society believed one dose of the vaccine to be sufficient.  Although the incidence of chickenpox in Canada did drop dramatically, there were several breakthrough cases.

Today, the Canadian Paediatric Society recommends that healthy children 12 months to 12 years of age should receive two doses of Varicella-containing vaccine. If you follow the immunization schedule, this will happen at when your child is 12 to 15 months old and again between 4 and 6 years old. Obviously, little ones under 15 months and those who cannot be vaccinated are at risk for contracting the disease.

Generally, those who contract chickenpox make a full recovery. There can be complications in newborns, the elderly and those with weakened immune systems. One to two days before the rash appears, symptoms include fever, headache and general malaise. The nasty, red, spotty rash is the real clincher that takes this one beyond the flu.

If you suspect your child, or anyone else, has chickenpox, have a doctor verify the diagnosis. A doc can prescribe medications to lessen the severity and treat any complications.

Should chickenpox somehow break through the barriers and infect someone in your family, here’s wishing a swift, uncomplicated recovery. And here’s hoping that you never have to prove that one can get the chickenpox TWICE.

RELATED: Hand Foot and Mouth Disease - The Illness from Hell

Erin Chawla: The Kiducation Learning Curve How A Loveable Turtle Can Help Your Child Learn