Delighting in Disarray - A Love Letter to 3 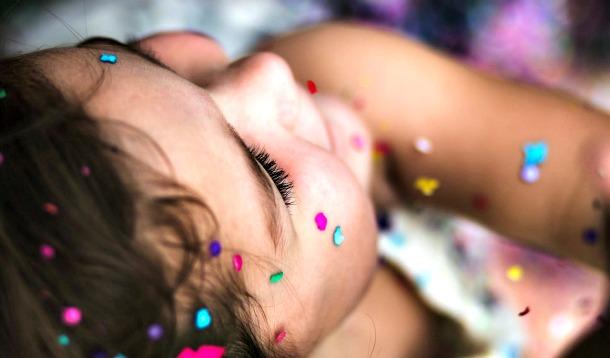 Terrible twos, threenagers, and fournados - the preschool set has a poor reputation and can keep parents counting the minutes until bedtime. Yet, when I took my eldest to her three year-old checkup, her pediatrician suggested three is the most magical age of childhood.

Is your little one at their most adorable when they sleep, or is this the most wondrous time of their young lives? I say, it’s up to you.

Only a few months in, age three has been treating us well and although there are still plenty of moments where I have to to talk myself out of an all-out monster roar (but seriously, why does it take them SO LONG to get out that front door?), there have been countless moments of joy and laughter.

Right now my daughter has an endless supply of imaginary characters who pop up to play with her, each dubbed with a delightful name. For a while, we had to collect mail for her friends Wumby Flappy (paying homage to Knuffle Bunny) and Seagull, who gets a surprising amount of post for a bird. Last week, she was playing with Kaisoto (perhaps of Japanese decent?) and Bimbo.

She also enjoys giving her games titles. There was an activity called “Fighting Animals,” which thankfully involved neither fighting, nor animals, but centred on running amok (as many of her games do). She recently informed me she was playing “Making Love on Neptune” (seriously, I can’t make this stuff up), during whichshe lined up all her little plastic animals close because, as she explained “they love each other.” There was a game entitled “Refugees” which consisted of piling books to form a tower - there is perhaps a deep, philosophical metaphor in that title, but it escapes me.

Sometimes, it’s an embarrassment to hear your children echo your voice back to you - I hear her telling her baby sister, “If you do that one more time, mommy will take away your toy.” But, more often, it makes me smile. I call her for dinner and she’ll respond, “I just have to finish my blog post,” or “Right after I feed the baby.” She picks up her play phone to “call a client”, saying “Hello, Mrs. Lady.”

There are the big questions: But where were the people waiting when the dinosaurs were around? When a big fish eats a little fish, how come the little fish doesn’t eat his way out of the big one’s tummy? Why can’t I see my laughter? There are little questions: Can boys like Shopkins? Do you like being a mommy? In the car, there are enough questions about song lyrics that I have to chose the stations very carefully.

Even her sadness often makes me laugh. I’m not evil. I promise. But how can I not smile when she has a tearful meltdown because “Only people who know me love me. People who haven’t met me don’t love me.” Seriously, kid? And the child was truly heartbroken when she learned that dogs can’t eat chocolate. One day she wept because the bathroom “just smells so bad” - one of the many reasons I am always trying to get a moment alone in there!

Oh, I’m not saying that there are never times we are literally crying over spilled milk. There are still the occasional tantrums - hers and mine. And sometimes, like last night when she was up at four in the morning, I find humour in the absurdity of the situation - am I really negotiating with this little being before the break of dawn. But diapers are long gone and she can put on her own jacket and boots - imagine the freedom! And every moment of her awake time is filled with imagination, play and song. It is truly enchanting watching her navigate the world. My house is a mess and I’m often running late, but I wouldn’t change a thing about this time.

Yes, age three is a magical time. But then again, so was age two and I have high hope for ages four, five and six.

Terrible twos? Threenagers? Fournados? No way. You choose how you see them. Find the joy amongst the mayhem.

RELATED: Thriving With a Toddler

Erin Chawla: The Kiducation Learning Curve Producers of PAW Patrol: I Have Some Words For You

Erin Chawla: The Kiducation Learning Curve Do You Fear The Dreaded Split Class?