Is French Immersion a Good Fit For Your Child? 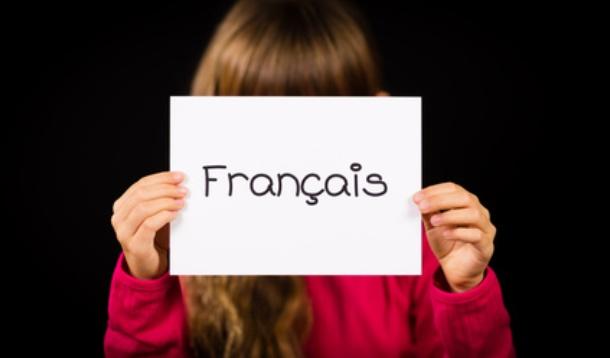 I’m sure some of it is down to my parent bias, but it seems as though my daughter is quite ahead verbally.  At just over two years-old, she has an excellent vocabulary and seems to have a great mind for picking up languages. She loves learning words in my husband’s native Punjabi and knows at least 100 words in Tagalog, courtesy of our amazing nanny.
Having a late December birthday means my little chatter-box will be already enrolling in kindergarten next year. Noticing her gift with language, I thought early stream French Immersion might be the answer to provide her with some challenge and continue to feed her ever-inquisitive mind.

RELATED: The Advantages Of Teaching Your Kids Multiple Languages
I have never taught French Immersion (although I may have a gift for the gab in English, my poor memory skills have made acquiring new languages a challenge for me). And despite teaching in a multitude of schools and neighbourhoods, I have yet to land in one that offers French Immersion, so my experience here is rather limited. Alas, I have turned the internet and to other parents to amass a list of pros and cons to help me decide if French Immersion is right for us.

Many studies support the idea that a bilingual brain is better. Bilingual (and multilingual) students often demonstrate increased skills at problem solving, enhanced attention span and a heightened ability to task switch.  These types of skills (which fall under the umbrella of executive function) have a greater impact on student achievement than any other area of brain development. It seems, if you can give your child a leg up in the arena of executive function, you are setting them up for success.

RELATED: How You Can Teach Your Child A New Language Even If You Don't Speak It
Fifty years ago, the commonly held belief was that speaking to and teaching kids in two languages only confused them and stunted their linguistic development. These claims have long since been refuted. Children who have early and frequent exposure to more than one language tend to acquire language more quickly and more effectively than their single-language counterparts. In the long run, multilingual children tend to perform better on several tests of cognitive ability. Of course, statistics are always relative and should be taken with a grain of salt. Unilingual kids can still score off the charts and bilingual kids can still struggle.
There are increased employment, travel and social opportunities for those who speak more than one language. When I entered teaching, competition for jobs was fierce and it was very difficult to secure a place with the school board - unless the applying teacher spoke French. French teachers are always in demand and those who were bilingual had a much easier time securing teaching jobs. There are many careers that demand multilingual skills. Plus, the Canadian Census information suggests that Canadians who are bilingual have a higher average income than us single-language speakers.
And, it sure is nice to be able to speak another language when travelling. I am often embarrassed by my feeble attempts to communicate my needs in other languages when abroad. And, just think of the advantage my daughter would have if she ends up on the Amazing Race and they go to a French speaking nation? Besides, those French Immersion kids sound infinitely cooler ordering at a French restaurant than their less linguistically-talented parents.

Some critics argue that the French Immersion curriculum has not been updated in many years and does not offer the rich, experienced-based learning that the English classroom does. There is a perception that French Immersion still relies heavily on memorization, paper and pencil tasks and drilling kids excessively. However, a quick scan of the curriculum documents for Ontario show that there are almost identical expectations outlined in both language curriculums.
I think, like so many educational experiences, there are good and bad teachers and there a many different teaching styles. Spelling tests and reading logs are outdated and unhelpful in any language. A great teacher will foster curiosity, interest and make learning come alive, no matter what stream they are teaching in.
The biggest critique of French Immersion seems to be its lack of support for gifted learners, struggling students, and those with learning disabilities. There are few - and in some boards no - special education teachers assigned to the French stream. Struggling students are often encouraged to switch back to the English track, as that is where they will receive greater support. Gifted opportunities tend to be limited to the challenge of learning in another language, and more effective enrichment strategies aren’t offered.
Also, students may have to endure a long bus ride to an Immersion program and may not attend school with their neighbourhood friends. Now, on one hand I think a student attending a non-neighbourhood school will have a more diverse group of friends, which is a good thing. On the other hand, I don’t want my daughter to feel left out of games at the park, because the “local” gang feels they don’t really know her. Although, this dynamic wouldn’t be any different if she was in a gifted program, attended a private school, or went to a faith-based school board. I think kids in general are pretty accepting and make fast friendships with those around them.

I’m still unclear about what is the best educational path for my daughter. I plan to visit the classrooms in question to really get a sense of what program will suit her needs. I do take comfort in the fact that if my talkative, strong-willed girl is not enjoying school, in whatever program we put her in, she will be sure to tell us, her teacher and anyone else who is willing to listen. She already complains to her music teacher if they don’t sing her favourite song in toddler music class, then comes home to tell me about it. What can I say? The girl knows what she wants.
What are your experiences with French Immersion? Is it right for your family?
Category:
Life - Education
Tags:
learning
kiducation
Erin Chawla
education
teaching
Teacher
French
Bilingual
multilingual
cognitive
brain function
executive function
learning styles
kindergarten
French Immersion
School
parenting
Is French immersion worth it
Is French immersion good for kids

Erin Chawla: The Kiducation Learning Curve Do You Fear The Dreaded Split Class?